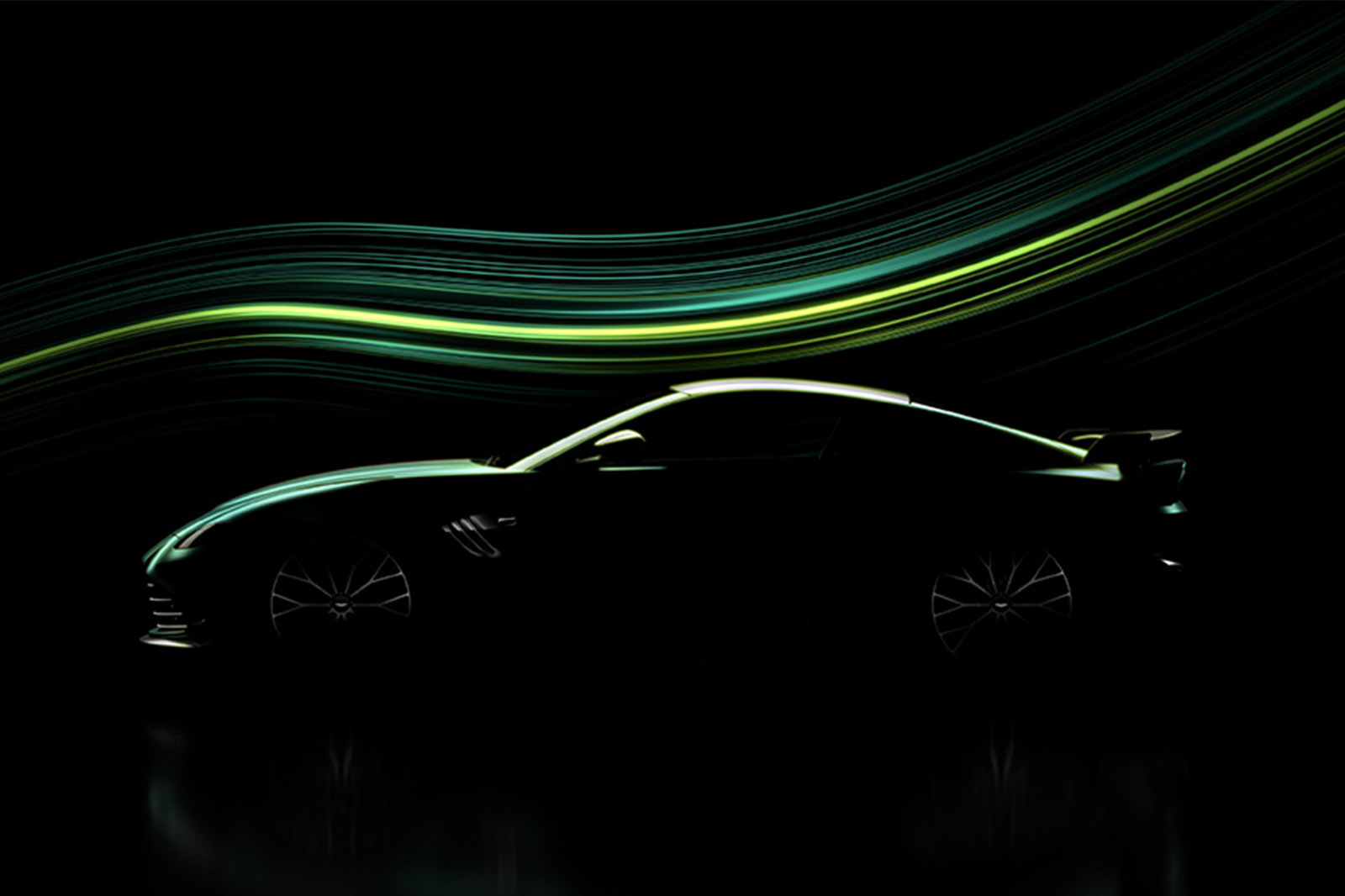 Aston Martin has previewed what appears to be an uprated version of its Vantage coupé ahead of an official unveiling on Monday.

No details have been published, and the darkened preview image gives little away, but we can see that among the modifications will be a large rear spoiler, bespoke wheel designs and aggressive side air outlets.

The colour scheme of the preview car appears to mirror that of the recently revealed Vantage safety car that will be used for the 2021 Formula 1 season, suggesting that this could be a road-going version of the track car.

Certainly, the visual clues point to a relationship between the two, and the reveal date is just a few days before Aston Martin makes its first appearance on a Formula 1 grid in more than 60 years.

It’s reasonable to suggest that the new arrival will bring added power and promises of improved dynamics over the standard car, then, as is the case with the safety car.

That means power from the Vantage’s AMG-derived 4.0-litre twin-turbocharged V8 will likely be upped from 375kW to 394kW, and while torque output will remain unchanged at 625Nm, a recalibrated gearbox should allow for a flatter torque curve – improving acceleration at higher speeds.

The aero package visible in this preview image will be more than just an aesthetic upgrade; Aston claims the safety car’s bulky front splitter alone can produce 155.6kg of downforce at 200km/h – more than double what the standard car’s item is capable of.

If the car being unveiled on Monday is mechanically identical to the safety car, it will also feature un upgraded chassis set-up with added reinforcements at the front end for improved stiffness.

The interior is less likely to be substantially changed, given the main modifications for the safety car were related to the radio and television equipment necessary for track usage.