With a much-needed cash injection from a consortium led by Canadian billionaire businessman Lawrence Stroll, plus a new CEO (former AMG boss Tobias Moers), and the long-awaited arrival of the brand’s DBX SUV, things are looking up for beleaguered Aston Martin. In among that good news, the first example of the brand’s Vantage Roadster has arrived in Australia and is set to embark on a dealer tour with the customer deliveries beginning in the first quarter of 2021. Priced from $314,635 (plus on-road costs), the Roadster sits around $15K above the $299,950 Coupe that launched back in 2018. Both variants are powered by a twin-turbocharged 4.0-litre V8 sourced from Mercedes-AMG and familiar from everything from C63 S right the way through to the G63 off-roader. 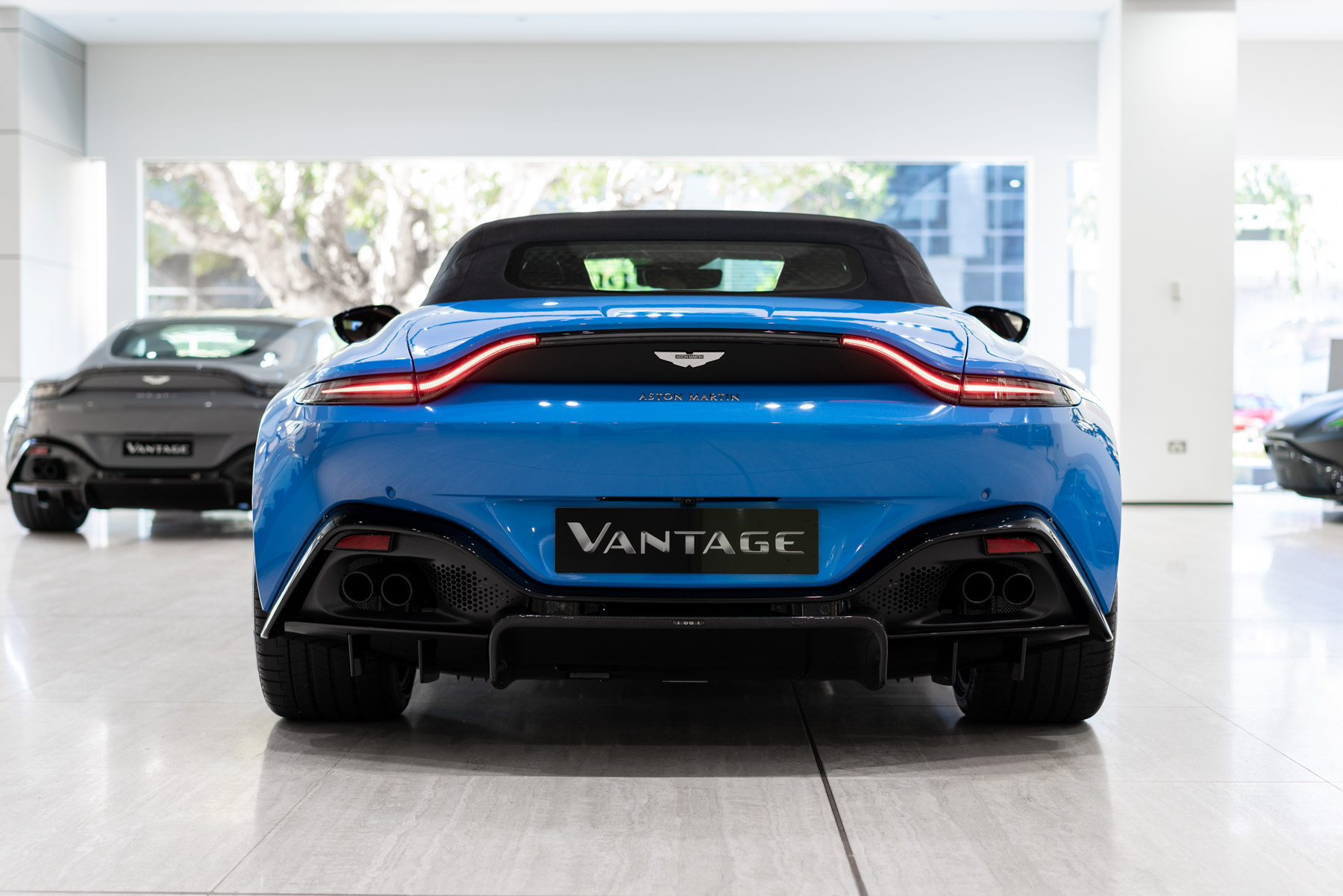 In the pair of Vantage models, the characterful engine makes 375kW and 685Nm, which promises impressive performance. The Roadster hits 100km/h from rest in just 3.7 seconds, with Aston claiming a 306km/h top speed with the roof up. The Coupe is just 8km/h faster. The Roadster’s soft-top also displays an impressive turn of speed, dropping away in just 6.7 seconds and raising in 6.8 seconds (both at speeds up to 50km/h). No need to get caught in a sudden downpour, now. The roof mechanism and structural bracing adds just 60kg to the Roadster’s weighbridge ticket compared to that of the Coupe, but weight distribution remains split 50:50 front to rear. The suspension hardware and software are specific to the Roadster, while ESC, traction control and ABS have all been re-tuned to suit the increased weight and slightly different character of the open-topped car. This year marks the 70th anniversary of the Vantage nameplate, and Patrik Nilsson, President, Aston Martin Asia Pacific, was keen to stress the importance of the new model, even with the arrival of the hugely important DBX on the horizon.

“We are thrilled to officially unveil our new Vantage Roadster in Australia”, began Nilsson. “This special variant takes all the magnificent features our customers enjoy from Vantage to the next level, truly bringing the senses to life. “The model is designed for those seeking the precise, agile and expressive handling dynamics of Vantage, as well as the added thrill of driving a great-sounding sports car with the roof down. We have continued to see significant interest from Australian customers for our open-top Aston Martin models, and we are therefore anticipating strong local appeal for this new addition to the range.”

AutomotiveDaily will shortly be bringing you our exclusive interview with Patrik Nillson as Aston Martin embraces the new managerial changes and looks to emerge from the continuing COVID-19 crisis with real confidence.