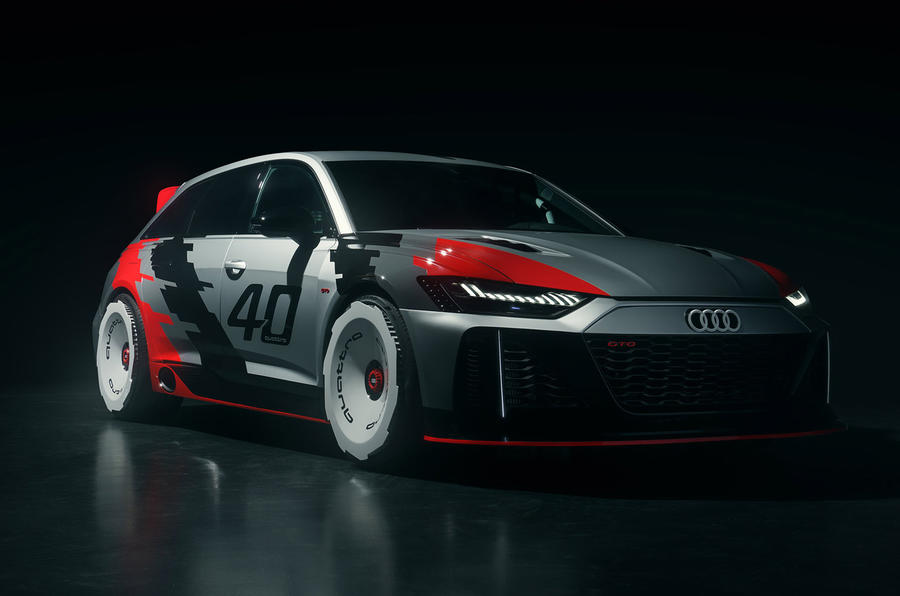 Audi is marking 40 years of its Quattro four-wheel drive brand with a series of events and special editions, the latest of which is this: the radically styled RS6 GTO concept.

Developed by a group of apprentices at Audi’s Neckarsulm factory, the GTO is based on Audi’s 441kW V8-powered performance wagon, and has been styled in homage to the firm’s legendary 90 Quattro IMSA GTO – a 2.2-litre five-cylinder racer that saw success in America’s IMSA race series throughout the late 1990s with Hans-Joachim Stuck at the wheel.

Technical details are thin on the ground, and the car has so far only been shown on the Instagram page of Audi’s ‘Azubi’ apprenticeship programme, but the pictures do suggest that modifications to the RS6 go beyond its radical paint scheme.

The wheels, for example, wear white one-piece hubcaps with Quattro badging and red centre caps, like the racer, and there’s a prominent new rear spoiler finished in red. The livery itself stays true to the original car, with a slightly different design for the side stripes, with the number 40 applied in reference to the anniversary.

The 90 racer had a sizeable side-exit exhaust, which the concept appears to share – though this could be a decal as rerouting the factory system would require extensive mechanical modification. 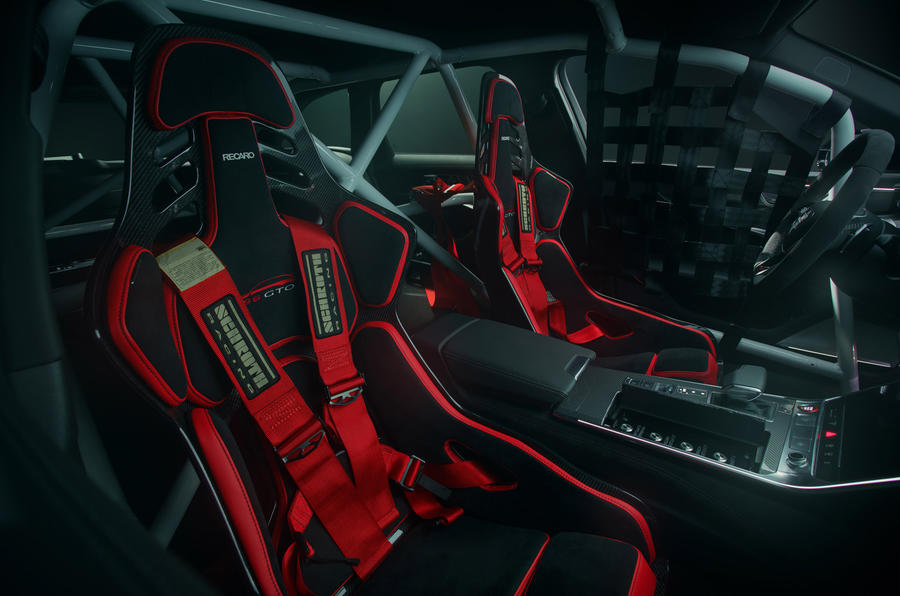 Inside, the RS6’s rear seats have been removed to make way for a heavy-duty roll cage, while the front seats have been swapped out for carbonfibre Recaro race-spec items with red six-point harnesses.

The centre console looks to have been left untouched, but the front side windows have been replaced with safety nets, in a further nod to its track-going ancestor.

Audi says the ideas for the GTO came from its students, with head of design Marc Lichte producing the final concept.

The RS6 GTO will likely make an appearance at an event in the near future, but is extremely unlikely to make production in its current form. More likely, but also unconfirmed, is a toned-down commemorative trim option for the RS6.

Last month, Audi unveiled the TT RS 40 Years of Quattro as an ultra exclusive special edition of its sports coupe inspired by the Sport Quattro S1 that won the Pikes Peak hillclimb in 1987. Only 40 examples will be produced and all are destined for Germany.