Audi’s SQ7 and SQ8 performance SUVs have swapped their turbo diesel V8 for a cleaner and more powerful petrol V8, less than a year after the diesel version went on sale. Unlike the diesel, the TFSI motor does not feature 48V mild-hybrid technology, but Audi highlights new efficiency-boosting features including a ‘cylinder-on-demand’ system which shuts down four cylinders when possible to reduce consumption and optimised gas exchange between the turbochargers and chambers for improved combustion.

WLTP testing figures are yet to be revealed, but the SQ7 and SQ8 are unlikely to match the outgoing versions’ fuel consumption rating.

Audi claims the new engine gives a “classic V8 soundtrack” which can be altered at will according to the driving situation, and says oscillating coils in the active engine mounts minimise vibration in the cabin to improve refinement. 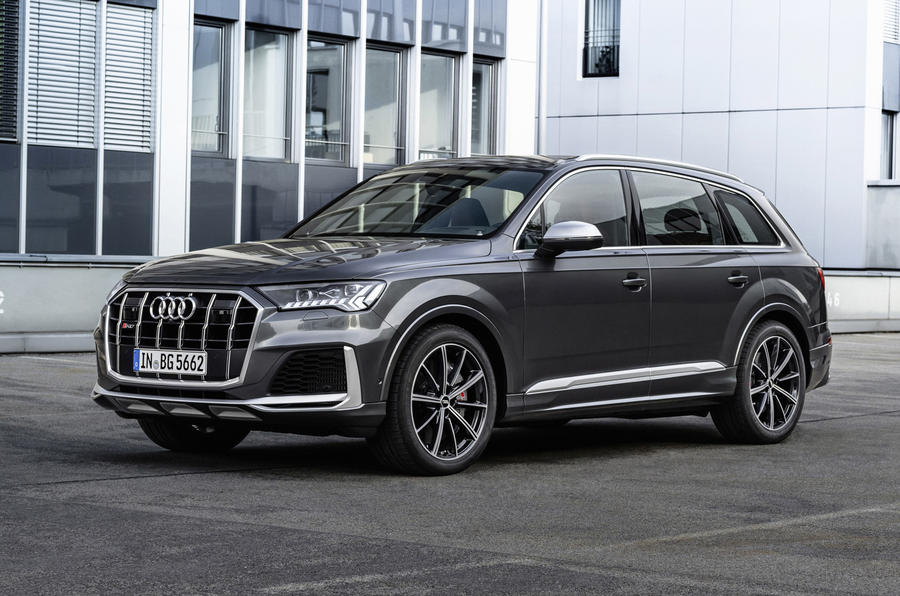 Four-wheel steering, previously reserved for top-rung variants of the warm SUVs, is now standard across the range. At low speeds, the rear wheels turn by up to five degrees in the opposite direction to reduce the turning circle, while at speeds of more than 60km/h, they imitate the movements of the front wheels to enhance stability in corners.

As before, air suspension, quattro permanent all-wheel drive and an eight-speed automatic gearbox are standard fitment across the line-up.

The model is currently available in Australia with the diesel engine, but Australian pricing or availability for the petrol V8 has not yet been confirmed. Other options available include electromechanical active roll stabilisation for reduced roll and a smoother ride, and a sport-specification differential which varies torque distribution across the rear axle. Additional infotainment, connectivity and driver assistance functions are equipped, as well.

The range-toppers buck Audi Sport’s recent trend of switching its S models from petrol to diesel power. Audi’s UK boss Andrew Doyle said: “Petrol engines are becoming increasingly prevalent in the high performance SUV segment on the strength of the great efficiency gains made in recent years, and we are acknowledging that trend with these upgraded models.”

The S4, S5 and S6 sports saloons recently made the swap to a hybridised diesel V6, while the larger S8 packs a V8 with 419kW, making it the most potent model in the S range.