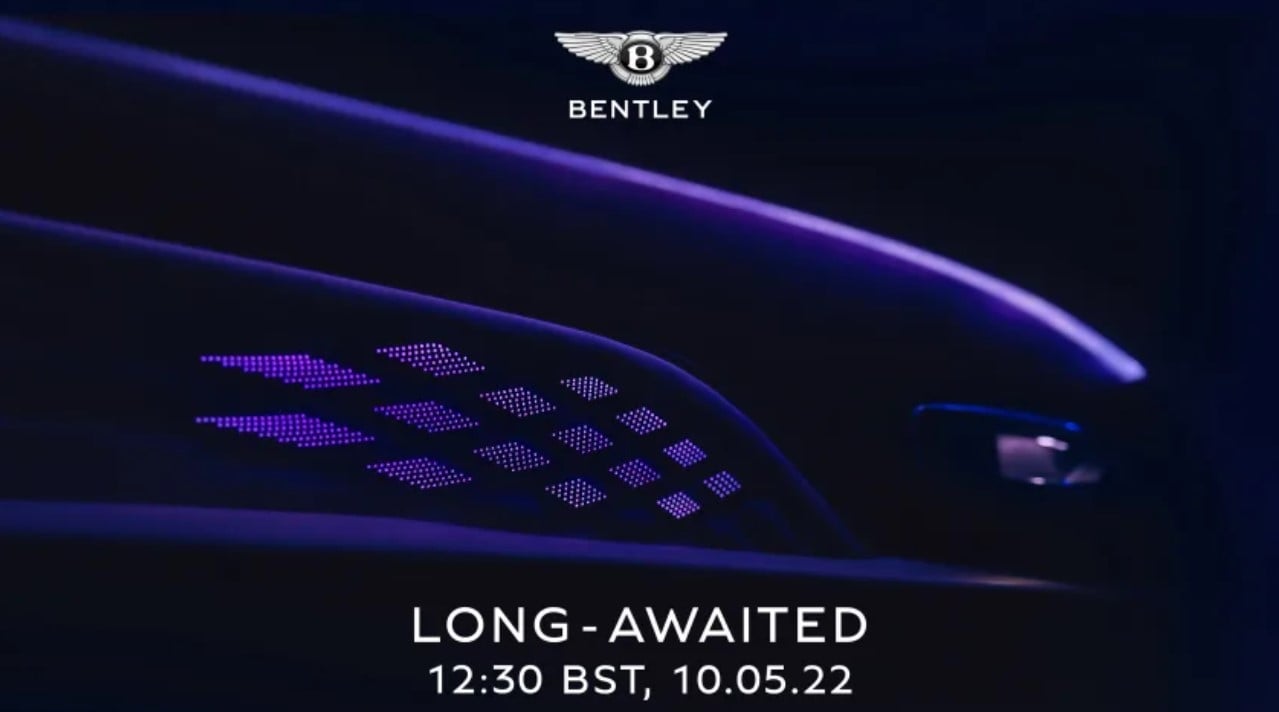 The new model could be a more luxurious version of the British brand’s Bentayga SUV.

Bentley has revealed a shadowy teaser image and announced that it will launch a new car on 10 May, which could be based on the Bentayga luxury SUV.

The British car luxury maker says the new model will “sit in sumptuous comfort at the pinnacle of its range” and will be the fifth model to join its line-up.

The brand considers the Continental GT and Continental GT Convertible to be separate models, so alongside the Bentayga and the Flying Spur, the new model could replace the firm’s old Mulsanne as an ultra-luxurious flagship, plugging a gap in the range that has been vacant for some time.

It’s possible that given the popularity of its Bentayga SUV, accounting for 40 per cent of the luxury brand’s sales in 2021, the new car could be based on this vehicle.

The teaser image doesn’t give much away, but in dim purple light we can make out some interior design elements. The diamond-shaped lights are reminiscent of the quilted stitching that Bentley interiors often feature.

There have been reports a new long-wheelbase Bentayga will join the range in 2022 and the ‘Long-Awaited’ text over the teaser image could be a subtle hint at a stretched Bentayga.

As for powertrains, Bentley’s current range of models offer a 6.0-litre twin-turbocharged W12, a 4.0-litre V8 and a 3.0-litre turbocharged hybrid, and it’s possible the new car could be available with the choice of all three.

Bentley claims its new car will have “a breadth of capabilities beyond anything previously offered”, stating that “The company’s designers, engineers and craftspeople have gone to new lengths to combine luxury, technology and performance in a way that only Bentley can deliver.” With this in mind the new car’s price could start from more than $500,000.