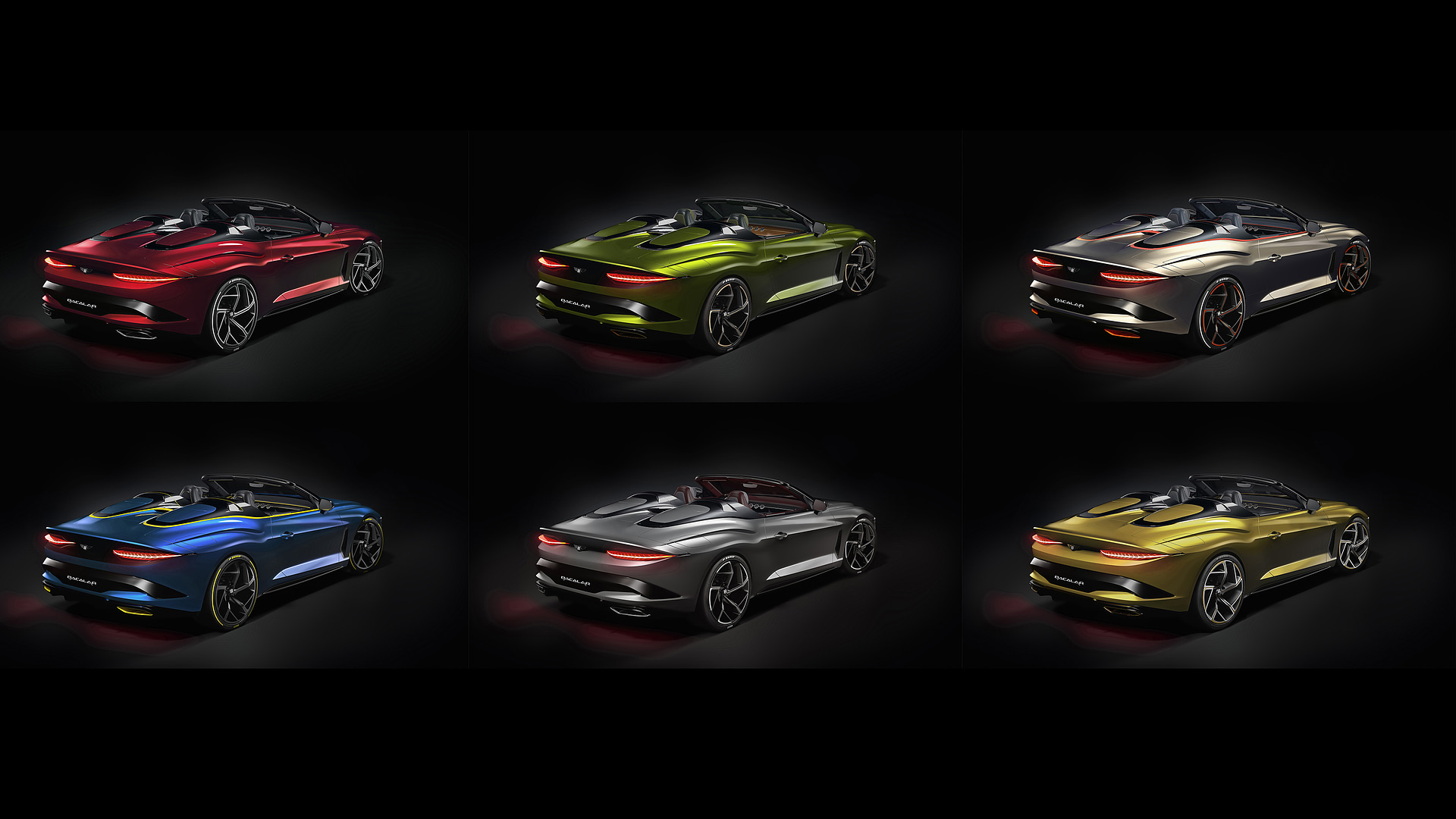 Bentley has given the lucky 12 owners of the ultra-limited run Bacalar some food for thought by releasing several customisation examples of the $3 million roadster.

While all 12 examples sold out before any customers had seen the car in the carbon fibre, those customers won’t be able to see the car for some time longer due to the brand’s current enforced factory shutdown.

As a result, Bentley has created six example specifications for the new model. You can see the images in our gallery, but they include “The Clerkenwell”; a traditional-looking model with a deep green exterior finish and with lashings of wood trim inside, and “The Fulton”; a rich red model with a black and red cabin.

The new Bacalar, which borrows its unusual name from a lake in Mexico, is a natural rival to the recent McLaren Elva and the Aston Martin V12 Speedster.

Built to showcase Bentley’s bespoke Mulliner division’s aspiration of returning back to its coachbuilding roots, the open cockpit Bentley (there is no roof) is based on the car maker’s current Continental GT convertible – but, aside from that car’s platform and powertrain, only the door handles are borrowed from the mainstream model.

Designed under the brief to build the ‘ultimate open cockpit two-seater’, the Bacalar takes its design inspiration from last year’s EXP 100 GT coupe that was created to celebrate the luxury British brand’s centenary.

That explains why it shares that car’s crisp dramatic lines, centre-spline bonnet and single oval lamps that look like a blade has been slashed through them.

Under its full carbon-fibre skin, instead of the EXP’s all-electric battery and motors, the car maker’s familiar twin-turbocharged 6.0-litre W12 has been pressed into action, producing 650bhp and 900Nm of torque – 20kW more than the standard Conti GT and enough for a 0-100km/h time of 3.6 seconds.

Unlike any other Bentley, the Bacalar employs anodized bronze brightwork where you would expect to find chrome or brushed aluminium and comes painted in a very un-Bentley Flame Yellow paint.

Speaking to its designer, JP Gregory, the proportions, curves and general bravery employed with creating the Bacalar has led to him dub the limited run roadster nothing less than a “work of art” and an opportunity to “push Bentley’s design language forward.”

Again, the start from scratch approach was taken while the design, believe it or not, takes its inspiration from the late 1920s Birkin Bentley. Using bespoke doors, a new console and a redesigned dashboard, the Bacalar cabin is said to provide the impression of a wraparound effect.

Despite measuring in at a similar size to the Continental GT, the Bentley roadster is a strictly two-seat with space behind for a set of bespoke luggage that’s tailored to the customers’ needs.

Speaking of those seats, they’re just one example of the levels of craftsmanship that has gone into the Bacalar, with each seat requiring 148,199 stitches to finish.

Then there’s the materials used in its construction, from the naturally fallen 5000-year old open-pore river wood to the finest leather and anodised titanium finish on the controls, the Bacalar is claimed to challenge how a modern Bentley’s cabin should look.

According to designer Gregory, the Bacalar has been “insanely expensive to make” and only really possible thanks to the short run of 12 cars. The carbon-fibre body, for example, could never be replicated on a run of 200 cars, it would simply cost too much.

The first new Bentley in the car maker’s second century in existence has been well worthwhile, says Gregory, not least since the run of 12 cars sold out even before the Bacalar’s wealthy owners even saw it in the flesh.