Bentley to launch five electric cars in five years from 2025 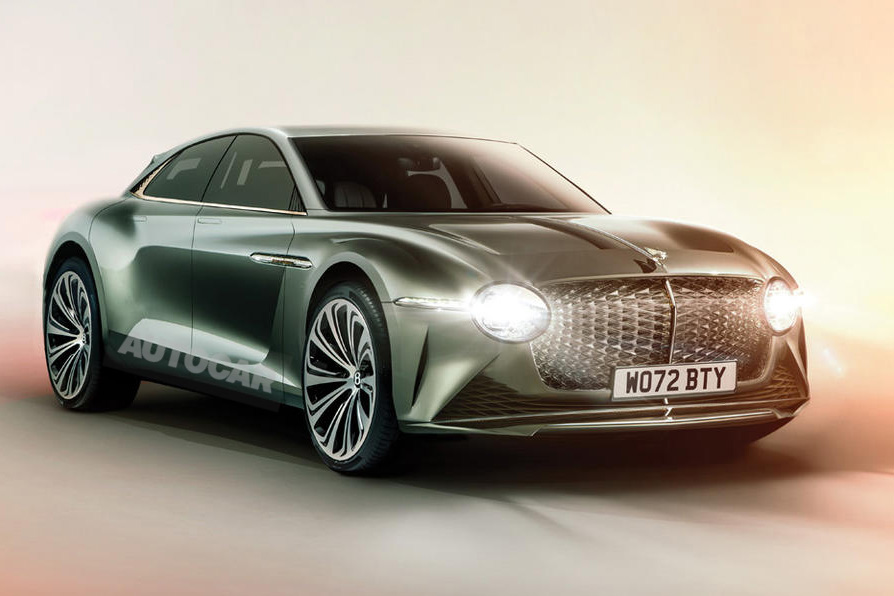 Bentley will launch five electric models in five years from 2025.

The move announced by the Crewe firm today accelerates its Beyond100 plan of 2020 which confirmed it will become an electric-only carbon-neutral brand by 2030.

Details on the five models are sparse but Bentley CEO Adrian Hallmark has previously said battery technology won’t provide enough range for large cars until 2030, so this first tranche of zero-emission models will be medium-sized, sitting between the Flying Spur and Bentayga in height.

Meanwhile, this year, alongside the existing Bentley Bentayga and Bentley Flying Spur plug-in hybrids, Bentley will launch five more hybrid derivatives of those two models. These include a more powerful V8 PHEV on both cars, a similar set-up of which is already offered in the Porsche Panamera Turbo S E-Hybrid. The firm estimates that 20% of this year’s sales will be hybrid cars. It was also confirmed today that the first EV, arriving in 2025, will be built at Bentley’s Crewe plant, as it commits AUD$4.72 billion to the site and research and development over the next decade with a particular focus on sustainability.

Unpainted bodies of the upcoming EV will, however, be built in the Volkswagen Group plant in Hanover, Germany before being shipped to Crewe. A sibling EV from Audi – which has led the development of the luxury EV platform – is set to be assembled at the Hanover site. However, the EV’s design, development and assembly will happen at the Crewe HQ. Bentley will expand its Crewe base with an adjacent greenfield facility. Collectively, the so-called ‘Dream Factory’ is intended to become a digital, zero-environmental impact, flexible and high-value manufacturing facility.​

Having achieved carbon-neutral production already in 2019, Bentley aims to reduce water consumption, waste to landfill and other environmental impacts for every vehicle built in Crewe to an absolute minimum until 2030. Among other initiatives to achieve carbon-neutrality by 2030, Bentley plans to increase the number of solar panels from 30,000 to 40,000 in the next two years at Crewe, and is investigating using sustainable biofuel in fleet cars, including Bentley’s Heritage Collection.

Bentley’s suppliers are also expected to meet minimum sustainability standards to support the firm’s goal. The same applies to its global dealerships, which are all aiming for carbon neutrality by 2025. Bentley CEO Adrian Hallmark said: “Simultaneously accelerating our Beyond100 strategy and securing BEV production at Crewe, alongside a £2.5 billion (AUD$4.72 billion) investment, makes this a major landmark in Bentley’s 102-year history. It is a shining light for the Bentley family, our suppliers and partners, as well as the automotive industry and UK manufacturing as a whole.