BMW’s two-door 2 Series will retain rear-wheel drive by using a different platform to its front-wheel-drive siblings, and goes on sale next year.

BMW is stepping up winter testing of the upcoming 2 Series Coupé ahead of its reintroduction next year, with new spy images giving us a clearer look yet at the firm’s smallest two-door model.

Heavy camouflage means it’s difficult to draw many conclusions from these new images beyond the overall profile being that of a classic two-door, four-seat coupé. Visible links to the shape of the latest 4 Series are apparent, in particular the long bonnet and wide rear stance, although at the front BMW appears to have grafted the face from the 2 Series Gran Coupé onto it, rather than borrow from the controversial 4 Series. Unlike the four-cylinder M135i and M235i Gran Coupé, Automotive Daily’s partner Autocar understands that the full-fat M2, expected in 2022, will keep a six-cylinder powertrain. Specifically, it will use a detuned version of the S58 3.0-litre unit found in the BMW X3 M and X4 M, and soon to be offered in the latest M3 and M4. 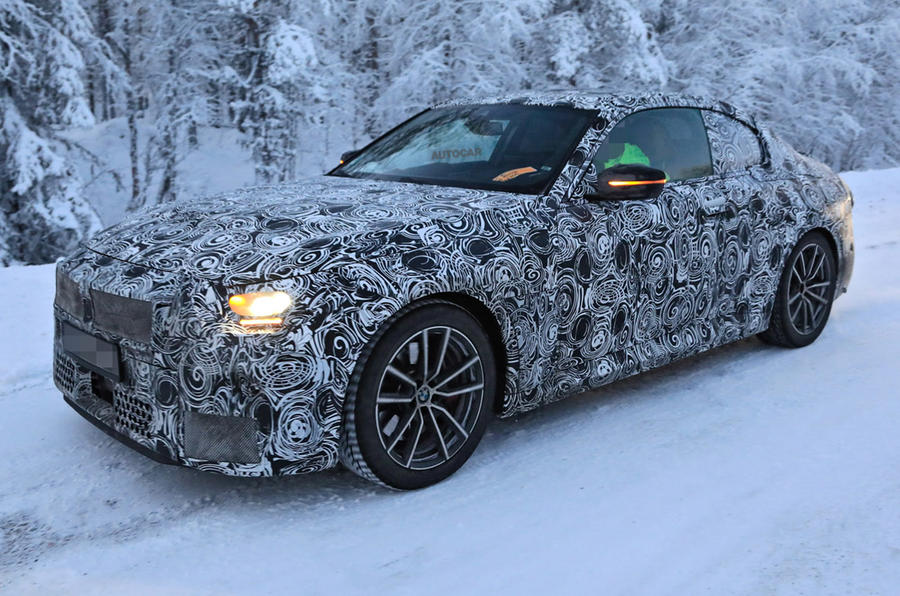