BMWs are about to get a major remote software update BMW is set to roll out a massive update to enhance its connected car services next month.

Every car launched with the company’s Operating System 7 software will be eligible for the update, including the latest 1 Series, 3 Series, 5 Series, 7 Series and X5. It will now come pre-installed on those models as they leave the factory, while existing customers can expect to receive an over-the-air update in the coming months. “Digital technologies belong to the core of BMW – because hardware and software are of equal importance for premium cars,” BMW CEO Oliver Zipse said at the announcement, which took place using virtual reality as a result of lockdown restrictions. “Our mission is to integrate advanced digital technologies with highest product excellence to enhance our customers’ experience and driving pleasure even more.” 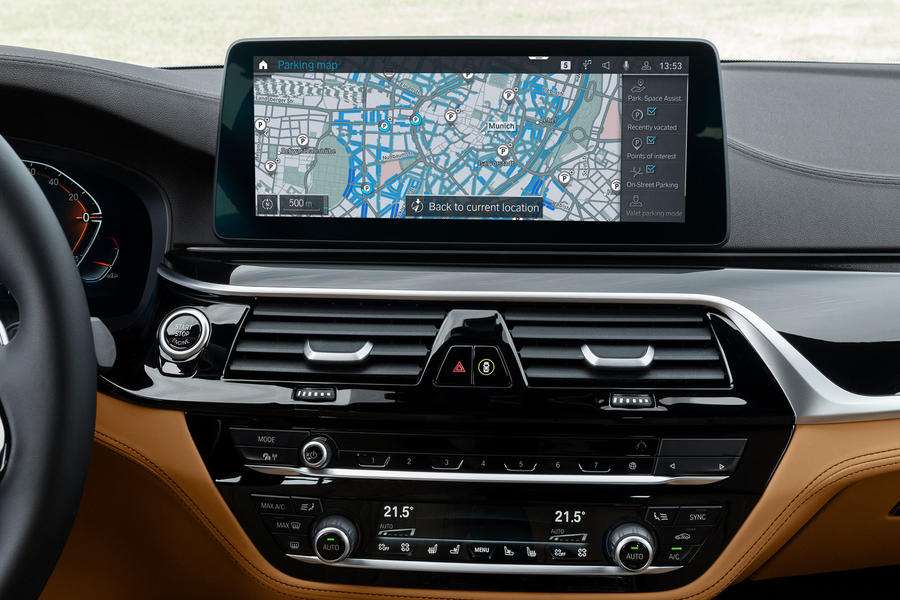 BMW Maps will use cloud computing to calculate routes remotely, taking live traffic data into account, and monitor the parking situation at your chosen destination based on the size of your car. It will be able to notify drivers of adverse road conditions or accident blackspots based on reports from other connected BMW cars. An onscreen range radius will also be added for electric and plug-in hybrid vehicles, indicating how far it’s possible to travel before needing to recharge, and if required, BMW Maps will automatically add rapid charging stations when planning a new route.

Smartphone-based unlocking will only be available on new cars built from July onwards. iPhone owners with the latest version of iOS will then be able to unlock and start their car using only their smartphone, with an option to share access with up to four other users. The holder of the master key may also set speed and horsepower limits before giving inexperienced drivers access. BMW is set to be the first manufacturer to offer the technology, which Apple announced at its annual developer conference earlier this month.

A redesign for the Intelligent personal assistant will add more motion to BMW’s Siri-like voice interface, with animations that react differently to driver and passenger. A new homescreen widget gives the assistant greater presence on the dashboard, and it gains the ability to change driving modes for the first time. A new routines feature lets you automate certain features based on location, so the car could automatically open the driver’s window when you reach a parking barrier when driving to work.

The July update will also see the company’s ConnectedDrive Store expanded to offer ‘test drives’ of new features for a month, rather than commit to the one year, three year or lifetime purchase currently offered. Currently cars fitted with the correct hardware can enable high beam assist, active cruise control or adaptive M suspension after the initial purchase, but BMW plans to greatly expand its offering when the iNext electric SUV arrives in 2021. These purchases would be tied to the car, rather than the user, and wouldn’t be transferrable when a customer trades in for a newer model.

According to BMW it currently has more than 14 million connected cars in customer hands, which are all capable of sending and receiving live data. In Europe, the company claims its fleet drives 98.5 per cent of the entire German motorway network each day, and detects more than 25 million traffic signs worldwide every 24 hours using machine learning. Data is gathered anonymously, but customers have the option to opt out if they prefer.

Once downloaded, the July update should take around 20 minutes to install.

Source suggests Buchloe will use latest BMW 4 Series Gran Coupe as basis for next car. Alpina is expected to expand its portfolio of uprated...
Read more

A very exclusive version of the BMW 8 Series is arriving down under this year. BMW Australia has confirmed that just nine examples of the...
Read more

Ford’s infotainment system has been overhauled but what is the Ford SYNC 4 system and how does it work? Manufacturers are racing to fit bigger...
Read more

Volvo will adopt a new infotainment system and store data from drivers to promote safety. Volvo has revealed plans to overhaul its infotainment and data...
Read more