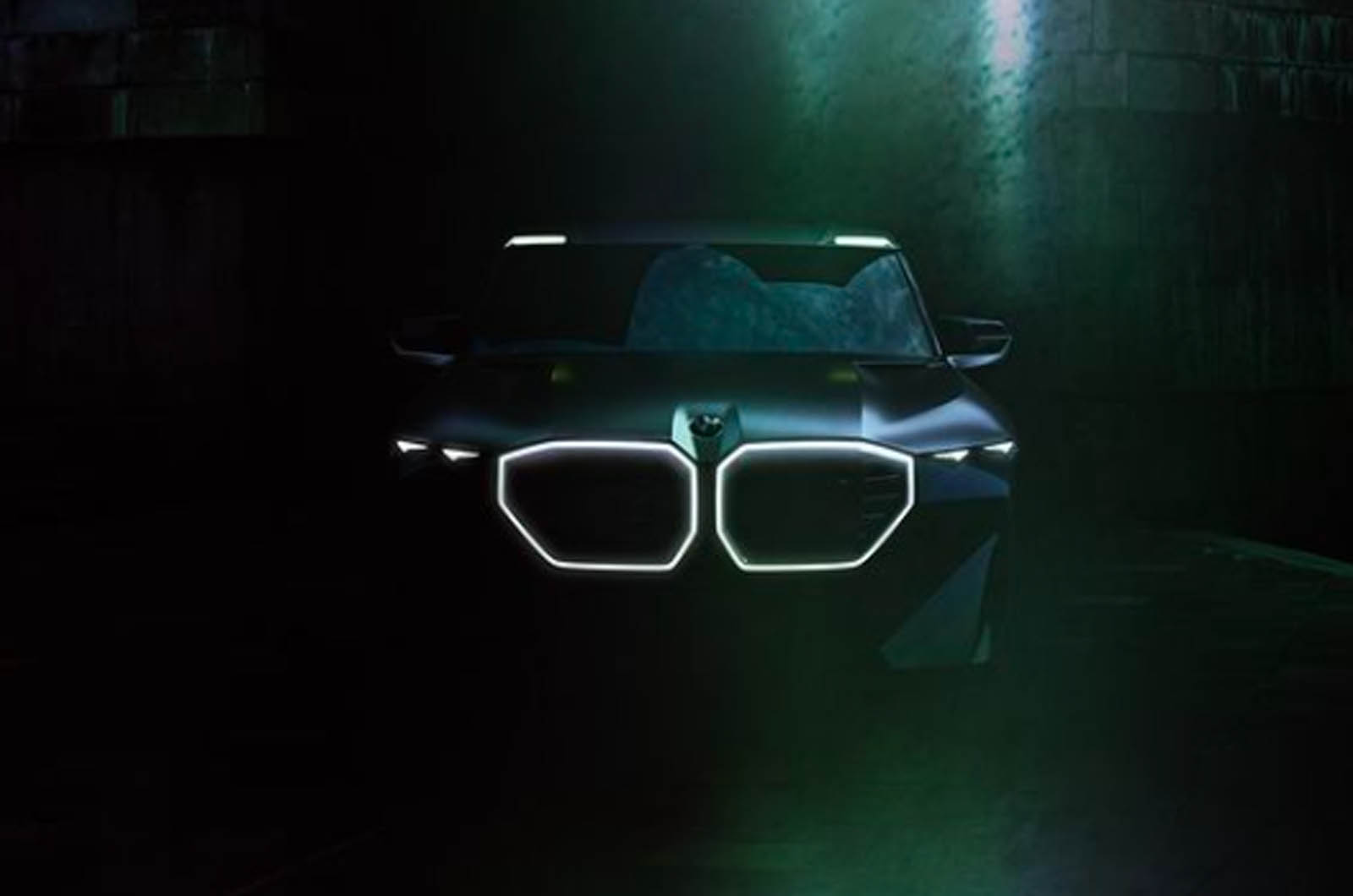 BMW M will soon unwrap an all-new high-performance SUV, which will be the performance division’s first bespoke model since the M1 supercar of 1978.

Previewed today ahead of its official unveiling on 29 November, the new arrival is described as “the most expressive statement in almost 50 years of BMW M”.

It also showcases a new front end design for BMW’s ‘luxury class’ models, which looks to be centred around an even larger grille than those adorning the X7 and 7 Series. Narrow, angular headlight clusters and an aero-focused lower bumper are among its other visible features.

Previously, the new flagship was thought to take the X8 M moniker into production, but BMW has confirmed that the concept will take the name XM – making it the first BMW to not have a number in its name since the Isetta bubble car and Neue Klasse saloons of the 1950s and 1960s.

Previous spy shots of what is thought to be the XM reveal it to be comparable in size to the X7, although with a more rakish roofline and chunkier D-pillar – potentially allowing for a third row of seats.

The M-badged SUV is tipped to use a hybridised version of the twin-turbocharged 4.4-litre petrol V8 engine that powers the brand’s current most powerful models. A total system output of 560kW is on the cards, which would make this substantially more powerful than even the M5 CS, which currently heads the M division’s line-up.

The XM, which was developed under the Project Rockstar codename, will reportedly pair its V8 with a 150kW electric motor, boosting performance substantially but also reducing emissions.

Now that it has been confirmed as an M-only model, the new SUV is less likely to borrow other engines from the X7, which comes with a choice of mild-hybridised petrol and diesel six-cylinder units and a petrol V8 with 390kW.