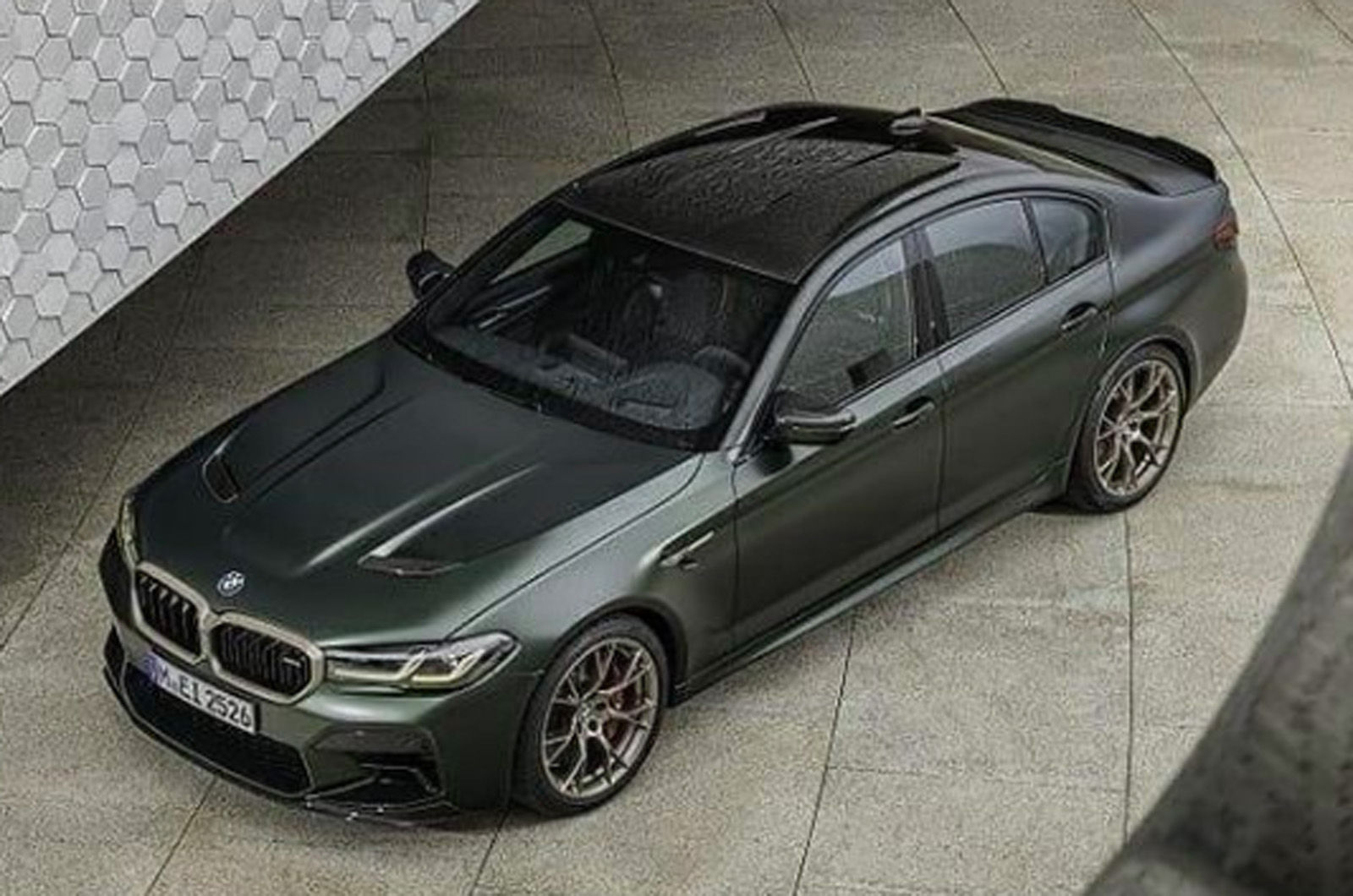 The new, hardcore BMW M5 CS is due to be unveiled later this month, but leaked images posted to Instagram by Cochespias have given an early look at its bespoke design features.

It seems the lightweight, track-focused M5 will be marked out from the standard M5 Competition by way of an aggressive carbonfibre body kit, sizeable bonnet air intakes, yellow headlight accents and bespoke wheel designs. The pictures give little else away, but red brake calipers hint at boosted stopping power, and while the interior will remain broadly similar, an Alcantara steering wheel will nod to its performance aspirations. The most powerful M5 was earlier teased in an Instagram post by BMW M boss Markus Flasch, who revealed the output of the car’s engine. The 467kW total puts it ahead of the M5 Competition’s 459kW and will mean a 0-100km/h time very close to three seconds dead. A sign in the background of the Instagram post had the words ‘You shall drift everyday’ written on it, giving a clue as to how BMW sees this car performing. Coupled with a confirmed weight loss of 70kg over the M5 Competition, it means the M5 CS will be the most focused M5 yet. Details of exactly where BMW has trimmed the weight from remain scarce at this stage, but Flasch did confirm that the M5 CS will feature carbon bucket seats, like in the M3 and M4. However, unlike a lot of lightweight specials, the M5 CS will still feature rear seats so it appears that practicality hasn’t been completely sacrificed for the sake of performance. Flasch also revealed a few glimpses of some design details that will set the CS apart from the other M5s. Gold bronze highlights feature heavily, appearing on the front grille surround, forged alloys and side strake. The car also gets a subtle ‘M5 CS’ badge on the front grille. Although Flasch didn’t mention anything regarding the exhaust or suspension set-up in his Instagram post, we would also expect to see a bespoke performance exhaust and firmer suspension, in line with the car’s performance angle.

As we have reported previously, the M5 CS will likely command a significant premium over the current M5 Competition.