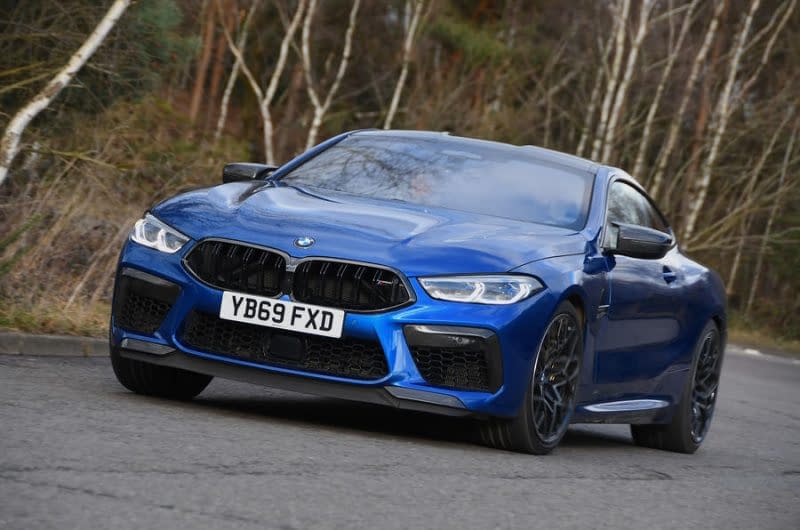 This feels like the ‘right’ M8 to me. The coupé, here driven in the UK for the first time. It’s smaller and lighter than a four door Gran Coupé and less floppy than a Convertible. And two fewer doors than an M5, with which this large ‘M’ platform otherwise shares a good amount – the same 460kW 4.4-litre V8 and automatic all-wheel drive. Which can also be put into rear-drive. Goody. BMW’s big platform underpins 5, 7 and 8 Series but the M8 coupé has a shorter wheelbase than the M5, sits 10mm lower and is firmly sprung to keep hold of its 1885kg. 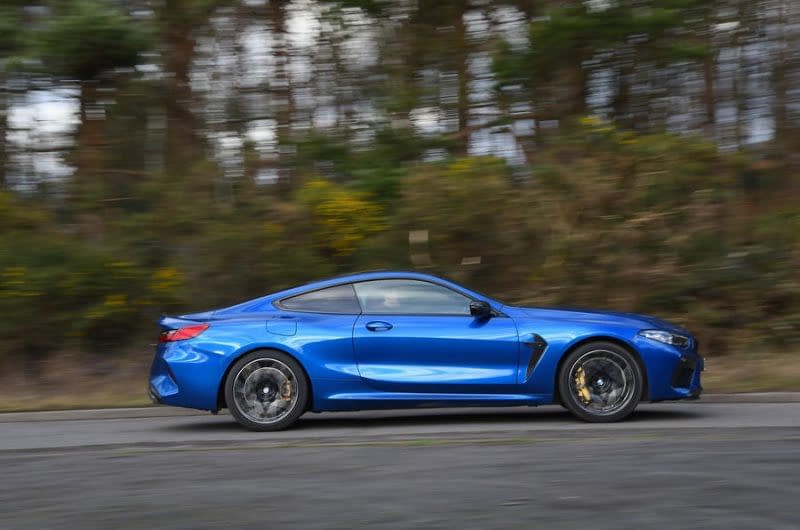 There’s a 38mm wider rear track and, underneath, subframes are more firmly attached to the shell – so this is a more rigid car; more suited, you’d argue, to being a super-GT. That, and its price ($352,900), plus the fact that it’s the fastest BMW ever, gives it a vast array of rivals; everything from a Porsche 911 to a Bentley Continental GT, via the Mercedes-AMG GT, Audi R8 and even McLaren GT. In essence, it’s a 2+2 that’s meant to do everything. A daily car designed to entertain, up to and including going on a race track. With a 0-100km/h time of 3.2sec, a limited top speed of 305km/h and optional carbon-ceramic brakes, it has the credentials for a track, though I think an M8 Competition (there’s a less hardcore non-Competition one available overseas) would be surprised to find its owner had taken it to one. 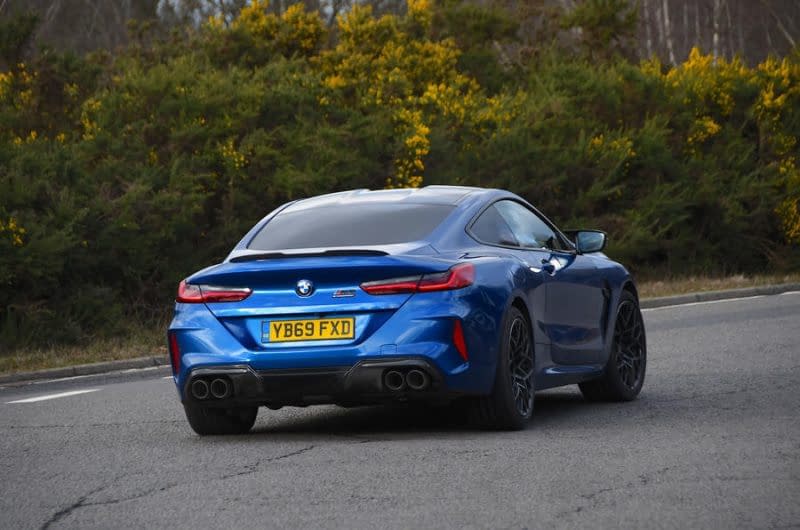 Inside, the M8 is thoroughly well finished; sumptuous and comfortable but with a bewildering array of driving mode controls, as if BMW and Mercedes-AMG are competing to see which can create this year’s most baffling cabin.

Familiarity helps a little and there are two red buttons on a busy steering wheel to programme your preferred modes. I suspect after a few weeks of trial and error you’ll find one that works as your base mode and another for occasional faster driving. 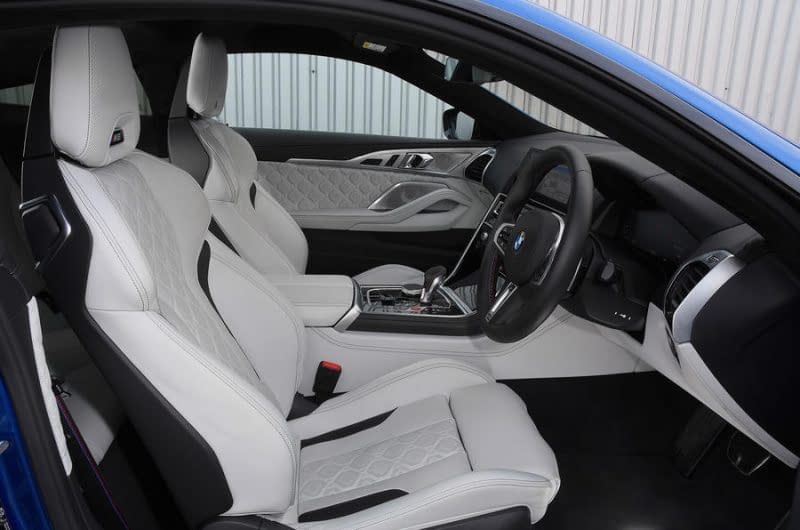 The M8, despite its girth, is more impressive during the faster stuff. As well as the 460kW, the engine makes 412kW all the way from 1800-5800rpm. At a test track, the car’s inherent pace was evident. It doesn’t feel quite as urgent as its headline acceleration time suggests but I think that’s down to the soft, big-boosting nature of its performance. It grips brilliantly, starts to slide and then has the security of all-wheel drive to pull it straight easily (or, in rear-drive mode, it has all the scope you need to murder the rear tyres in short order). 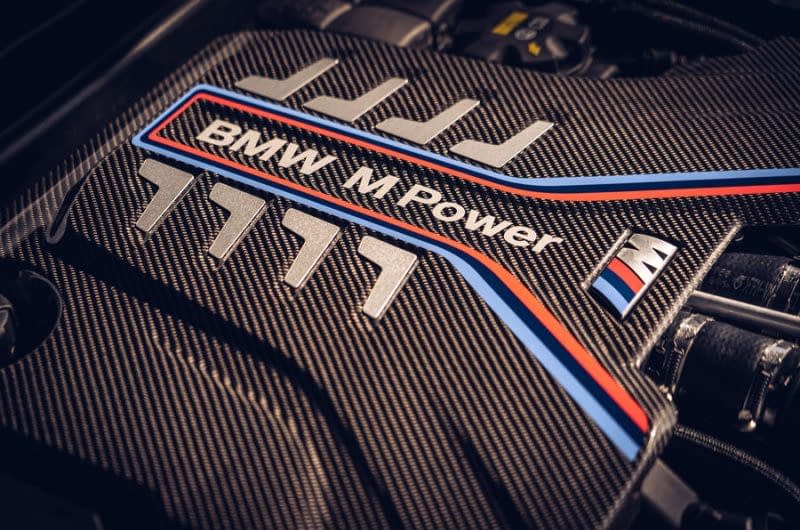 On the road, the M8 is an agreeable companion. Unlike most of its rivals, you can, at least, get a couple of people in the back (they’ll complain less than they would in a 911, though wouldn’t want to be there too long) while there’s a decent boot, too. 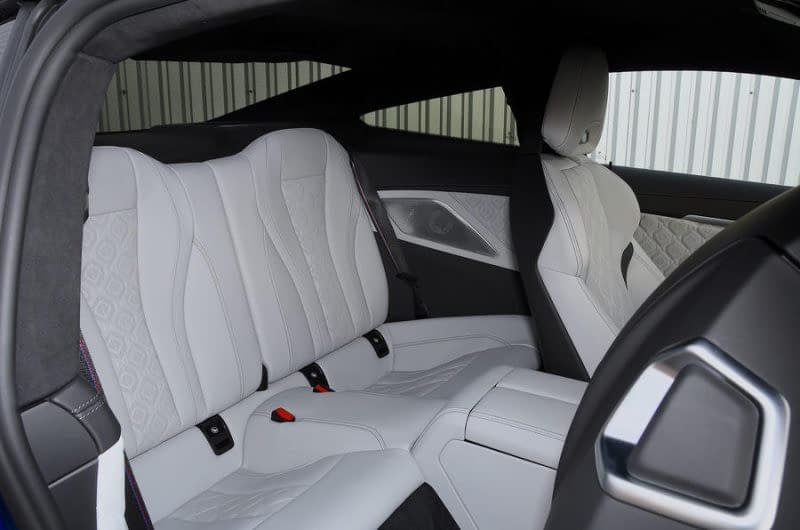 But for practicality, which could be a deal breaker, the M8 doesn’t have the ride deftness of the best GT cars. A 911 is no less comfortable, although it is less spacious and noisy. But it drives with so much more agility and poise you’d forgive it that one thing, given the BMW doesn’t pull out a strong comfort advantage.

In fact, the lesser 850i is a more pleasing every-day car, a better GT that’s more comfortable and has no little poise itself. As speeds rise, the M8 Competition doesn’t truly satisfy like a sports car to set it apart from this or its rivals, either.

It lacks the steering feel of a 911 or the agility of an R8, or the brute muscle car character of a Mercedes-AMG GT. 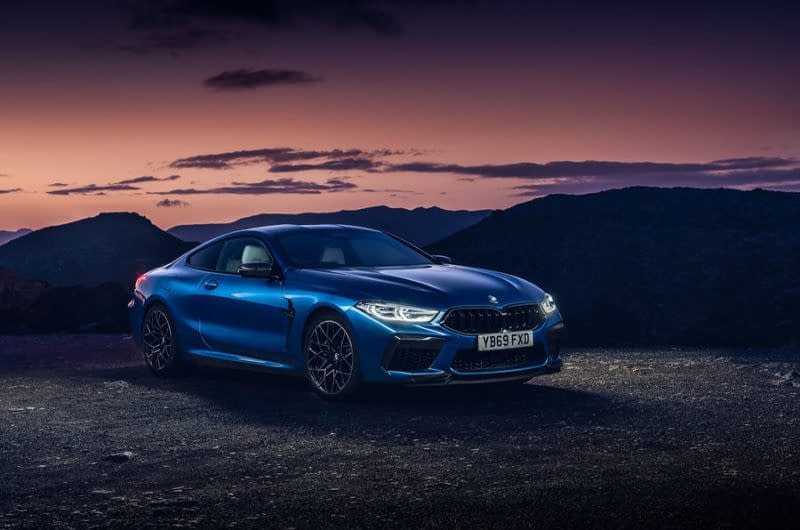