BMW will bring its compact coupe-SUV in line with the latest 1 Series with revisions to the exterior and cabin enhancements.

BMW’s runout of new models will continue with an updated version of the X2, expected to arrive this year and spotted testing in prototype form.

The Mercedes-Benz GLA rival, which went on sale only two years ago, will benefit from some visual and technological enhancements to bring it into line with last year’s updated X1 and the all-new 1 Series hatchback.

The prototype seen here features a level of camouflage typical of a modest styling revision. The most obvious change is at the front, where stickers try to hide the removal of the spotlamp-style foglights in place of more neatly integrated LED items. 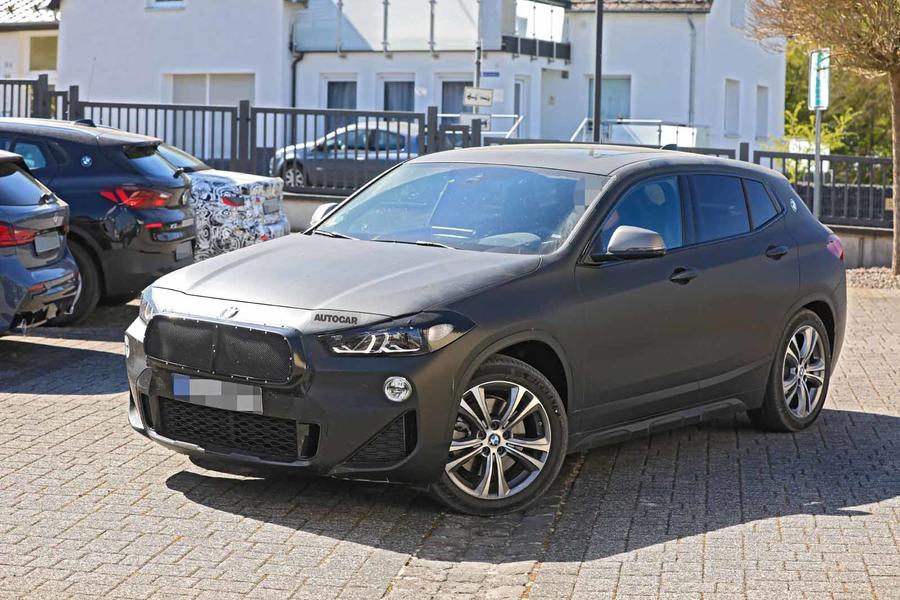 Expect to also see some changes to the signature kidney grille, blanked off from view here. BMW has been experimenting with bolder, larger grille designs with other models and it’s likely the double-kidney shape will be made to stand out more on the X2, as it was on the facelifted X1. Revisions to the front and rear light profiles, new colours and fresh wheel designs are also likely.

The spy shots give us no indication of what’s going on inside, but we know from the updates to the X1 that new materials and upholstery options will be in store. Given that the current X2’s dashboard design and infotainment are now less current than the 1 Series’, there could also be some alterations of the design and software upgrades.

Mechanical revisions should be more minor, though. Back in January, BMW revealed a plug-in hybrid version of the X1, but also announced the same powertrain would be offered on the X2 later this year.

Likely to coincide with the facelift, the PHEV version will use a 1.5-litre three-cylinder turbo petrol engine mated to a 70kW electric motor on the rear axle and a 9.7kWh battery pack. It claims a 50-kilometre all-electric range in the X1.