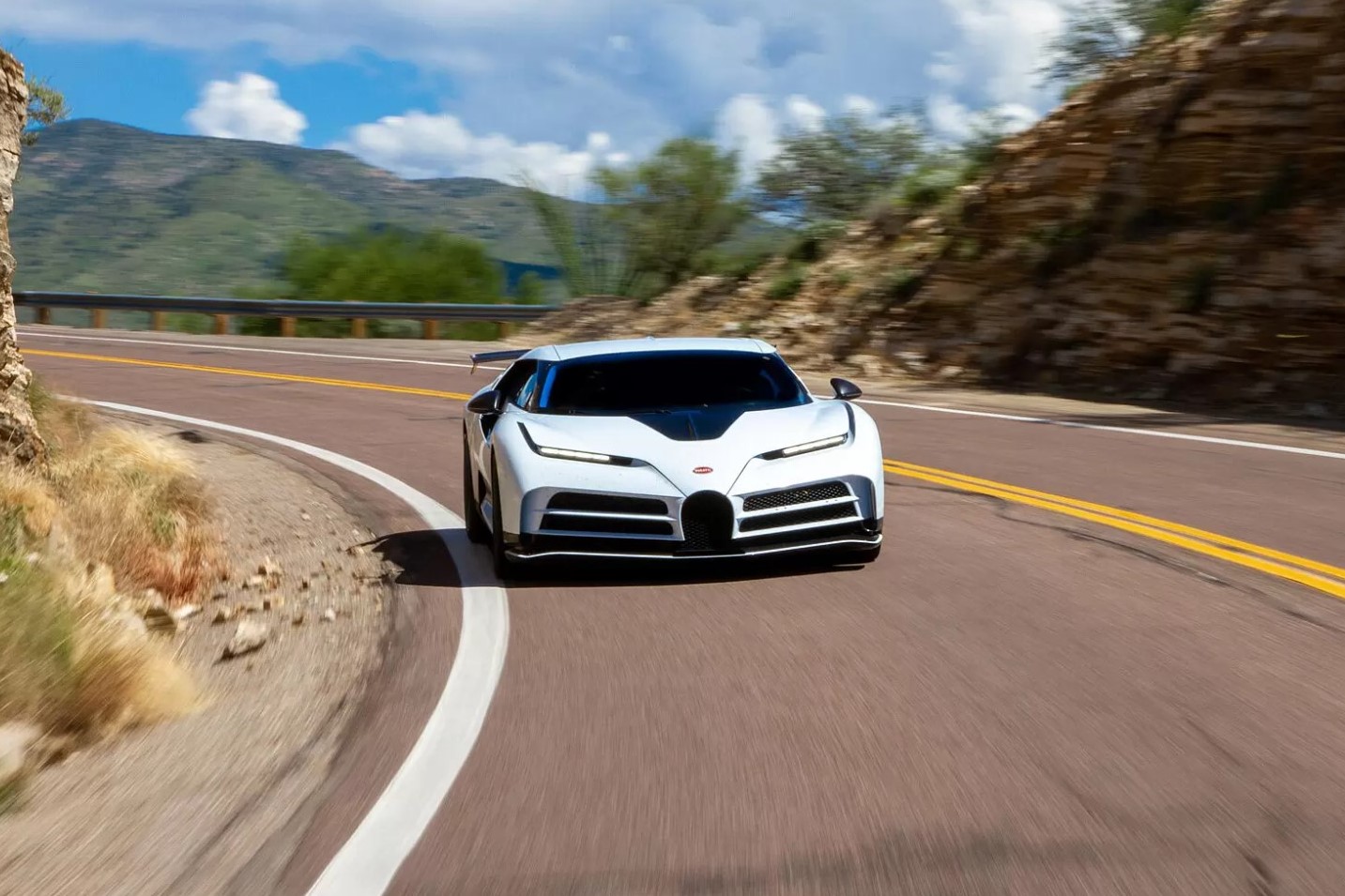 The Bugatti Centodieci has completed the hot-weather testing phase of its development programme ahead of customer deliveries beginning next year.

Starting in California, the team’s route followed the Central Pacific Highway to Arizona via San Diego, before “rapid” ascents up Mount Lemmon tested the hypercar at an altitude of 2800 metres.

The Centodieci was also tested in “low-speed stop-start traffic”, left stationary under the sun with the air con at full blast and even driven at 320km/h on a closed road. It was accompanied throughout by three Chiron Pur Sports and four Chiron Super Sports.

“Testing in the hot, dry desert is a huge help for us in the development process,” explained Stefan Schmidt, one of Bugatti’s engineers in the Overall Vehicle Development department.

“All Bugatti models have to function perfectly, no matter how high the temperature, including the few-of Centodieci. Even if we’re only creating 10 cars, as with the Centodieci, the testing procedure is just as grueling. Every model has to run flawlessly in all weather and in all traffic conditions.”

“This hot-weather endurance test is fundamental for us, as it’s the only way we can ensure that the Centodieci, like every Bugatti model, offers a flawless, reliable and safe drive in extreme heat, too – even though our customers may never subject their cars to such extreme conditions.

“The new tests prove that our existing set-up for the Centodieci works optimally for hours on end even in extreme heat.”

The Centodieci will now move on to its final shakedown in Europe, where Bugatti expects it to cover 300,000 kilometres during high-speed and endurance testing.