There has been an awful lot of love out there for manual gearboxes of late, maybe because we’ve reached a point where some kind of automatic is the norm. All of a sudden, the dual-clutch transmission (DCT), which promised so much driving satisfaction, has become demonised because keen drivers still lust after a stick-shift for the most engaging driving experience.

Manufacturers haven’t given up, though (they can’t, because autos are easier on fuel consumption than human drivers), and one of the latest to arrive is Hyundai’s eight-speed ‘wet’ N DCT. This semi-auto ’box first appeared on the Veloster N in overseas markets, then the i30 N, and now it’s the exclusive fitment on the new Kona N. With that, Hyundai hopes to keep enthusiasts on side.

The N DCT is produced by Hyundai’s own parts company, Hyundai Transys. It goes by the codename D8F48W and, specifically intended for high-performance applications, it’s quite the piece of kit. It can handle an input torque of 480Nm from the engine, has several fancy driving modes (with slightly daft names, such as N Grin Shift) and is no-expense-spared fast.

Like all DCT units, this one is based on a manual transmission, the ultimate expression of an automated manual but with two clutches, doing away with the unpopular torque interruption of its single-clutch forebears. Like most DCTs, the main gear sets are split between two shafts, with one clutch per shaft and forward speeds arranged with odd numbers on one clutch and even on the other. So first, third, fifth and seventh are controlled by one clutch and second, fourth, sixth and eighth by the other.

Smaller DCTs for less meaty applications, like Hyundai’s own seven-speeder, have dry clutches for simplicity, weight and drag reduction; but to manage the wear and heat generation in the higher-torque variety, the clutches are wet, which means they run in oil like a motorcycle clutch pack or torque-vectoring axle.

While smaller dry DCTs may have electric actuators to swap ratios, this one has a hydraulic system and two oil pumps. One is a high-flow pump used to lubricate the gears and cool the clutches and the other develops the pressure for the gear selection system. Both are electric so draw no mechanical power from the engine and maintain pressures independently of the engine and final drive.

The transmission arguably has a higher level of integration with the powertrain as a whole by the way it integrates with the engine. For example, N Power Shift mode engages when the driver is accelerating with more than 90% of the throttle to give a more aggressive upshift, while a brief cylinder cut causes a pop in the exhaust, presumably as a nod to the far more extreme anti-lag system used in rally cars. In N Grin Shift mode, it allows overboost for 20 seconds to give maximum acceleration, but there’s an enforced rest of 40 seconds before the driver can use it again.

These modes are toys and there are more, but the real test will be whether paddle-weary enthusiasts can be tempted away from DIY shifting the old-fashioned way.

CVT reborn for the EV era 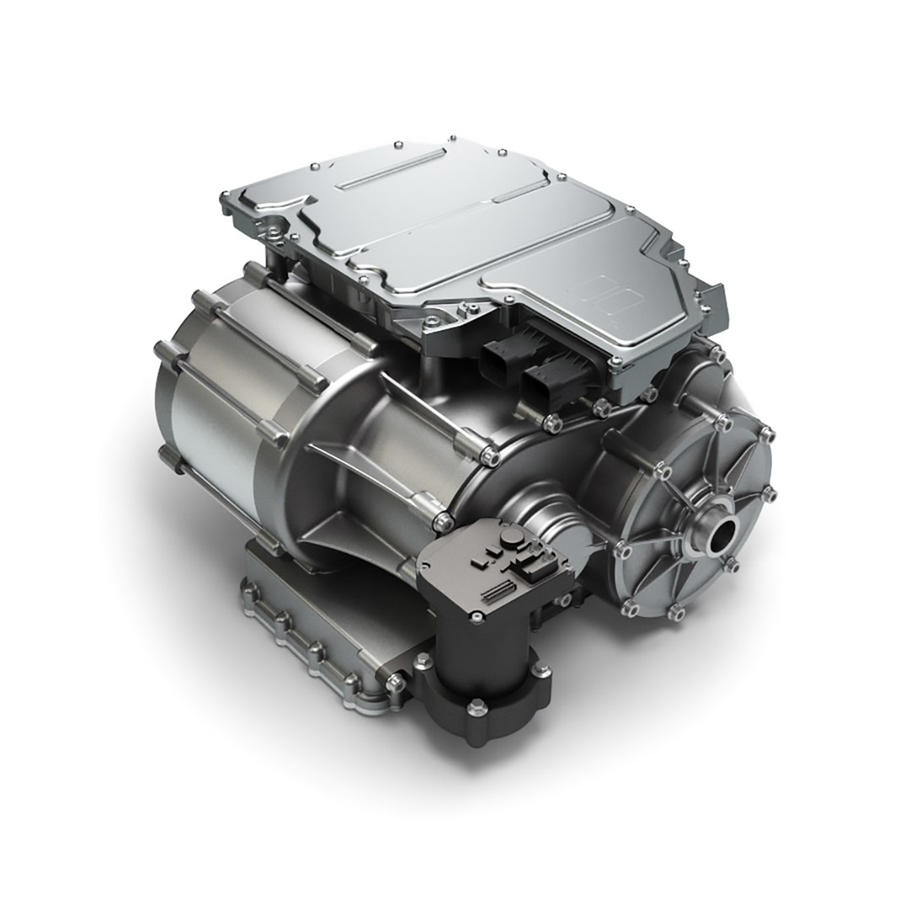 The CVT4EV from Bosch is an all-in-one electric powertrain that can be adapted to suit a range of different car types and sizes. Instead of a two-speed transmission typically used to incorporate smaller, lighter and high-revving motors, Bosch’s answer is a continually variable transmission (CVT) combined with an electric motor and an inverter. The CVT maintains motor revs in the most efficient range but, unlike when a CVT is hooked up to a combustion engine, it shouldn’t have the irritating soundtrack.