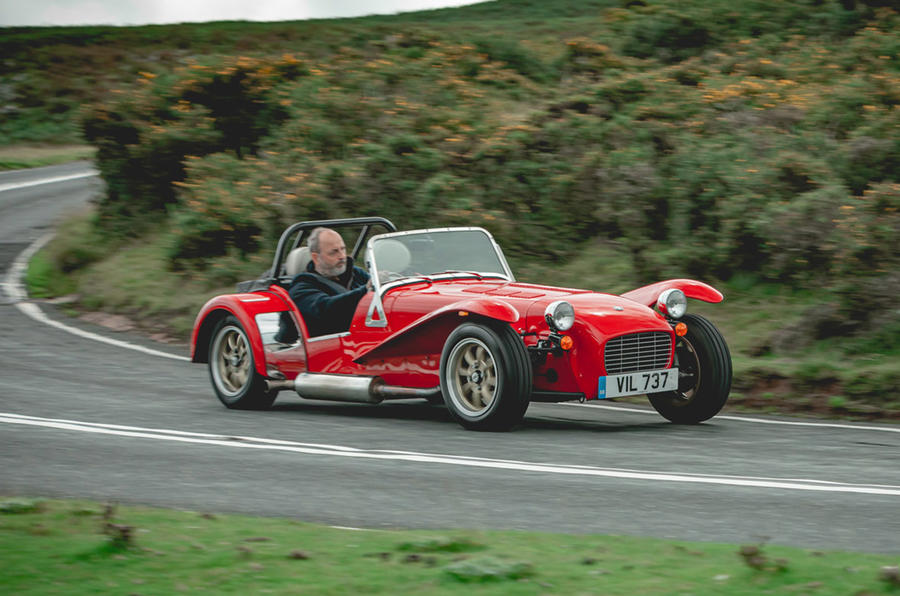 Lightweight sports car manufacturer Caterham has been acquired by Japanese retail group VT Holdings, taking the firm out of British ownership for the first time in its 48-year history.

VT Holdings has served as Caterham’s Japanese importer since 2009 and claims to sell more than 120 Caterham cars per year in the region. It also imports vehicles from other British brands, including Lotus and Royal Enfield.

The company’s retail network in Japan totals more than 200 dealerships, plus it has other active investments in South Africa, Spain and Thailand.

VT Holdings CEO Kazuho Takahashi brings 25 years of motorsport experience to his role at the helm of Caterham, having raced in events including the Suzuka 1000km and the 24 Hours of Le Mans, as well as participating in the All-Japan Grand Touring Car Championship and GT300 series.

Takahashi retired from top-flight racing in 2019 but continued to take part in various sports car events.

He said: “VT Holdings is proud to welcome Caterham to the group. We have not only purchased a globally renowned performance car manufacturer but [also] become custodians of a motoring legend.

“We will protect and develop the Seven to meet the legislative challenges that lie ahead.”

It remains to be seen how VT Holdings will adapt Caterham’s range of combustion-engined two-seaters as more mainstream brands progress with their shifts to electrification, but CEO Graham Macdonald said the new owners “truly understand the DNA of the Caterham brand, our heritage, our customers and our passions”.

He added: “As a team, we’re all excited about starting to write the next chapter for this very special brand.”

Caterham no longer has a presence in the Surrey town from which it takes its name, but it remains a wholly British-based brand. It exports to 20 global markets, accounting for 60% of all its sales.

How ex-Nissan sports car boss will rev up Caterham