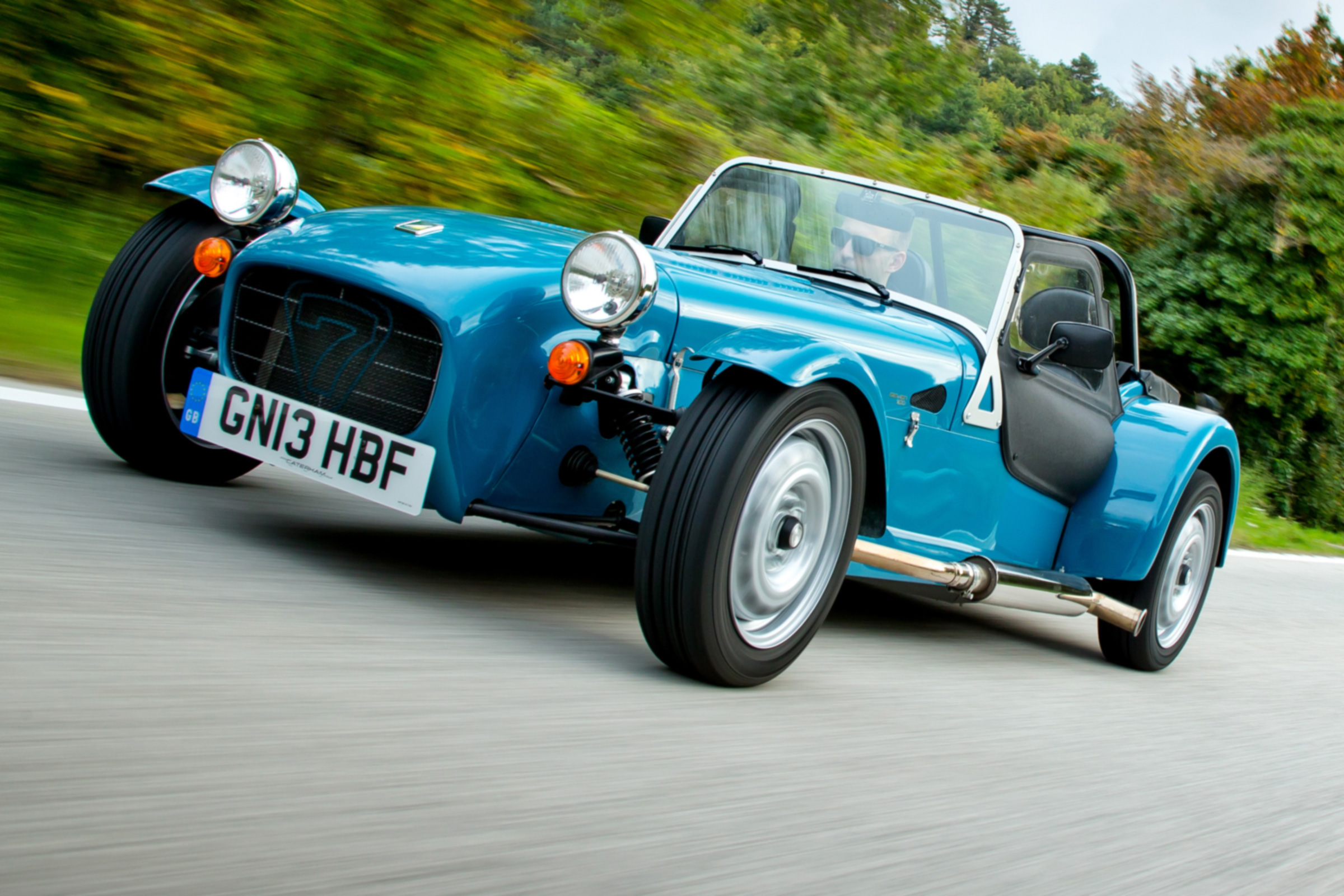 The British brand is waiting for affordable technology, before it develops an all-electric powertrain for its cars

Caterham boss, Graham MacDonald, has outlined his company’s electrification strategy to Automotive Daily’s exclusive partner Auto Express in an exclusive interview on our weekly podcast, along with the firm’s potential plans to shift into the SUV market.

MacDonald told us that Caterham won’t be introducing an all-electric model any time soon as the technology is too expensive to develop in-house and doesn’t yet suit the Seven’s driving characteristics. However, MacDonald added that it’s something which his engineers are actively monitoring.

“We recognise that the future is electrification but, as you know, we utilise main brand engines. So we’ve used the Suzuki engine, we use the Ford engines just now – so we wouldn’t be naïve enough to think we could develop our own EV powertrain; we’d be looking to use an off-the-shelf package,” MacDonald explained.

“We’ve looked into it, but there’s a weight disadvantage to the Caterhams. Part of the mantra of the Caterham is lightweight – “just add lightness,” as we call it. But currently, we think an all-electric powertrain would add more than 300kg to what is, already, about a 500kg car.”

MacDonald is also concerned about the cost implications of launching an electric Caterham; today’s technology would almost double the cost of Seven.

However, once all-electric technology becomes the norm, Caterham is ready to make the jump to an EV. “I am sure, as time goes on that all these major manufacturers and major battery manufacturers are all working to get more lightweight, longer range, cheaper batteries and more efficient motors,” MacDonald continued.

“And, when that comes down to a point where Caterham can talk to, say, Ford or Nissan and say “can we buy your powertrain and put it in a Caterham,” we’ll be there knocking on their doors.”

MacDonald also mentioned Caterham’s potential shift into the SUV market. Back in 2012, Caterham and Renault drafted an agreement that would have seen the pair co-develop an SUV, in a bid to expand the British firm’s sales in Asia. The plans were ultimately scrapped – but MacDonald still recognises the amount of business in mainstream segments and remains willing to consider further partnerships.

He said: “As part of the deal with Renault, the first stage was meant to be the Alpine equivalent – and then, from that, it was moving on to an SUV, because we all know that that is the way the world works just now. That is the mainstay of most families and we indeed know that it’s the backbone of Porsche.

“Now, that idea’s been shelved, unless we can do a deal to Caterham-ise a standard product of another manufacturer and go into a partnership there. You know, a bit like Williams did with the Clio. I see that as a vision for the future, if we can find a partner that’s willing to do that with Caterham – but we certainly won’t be developing an SUV off our own back.”