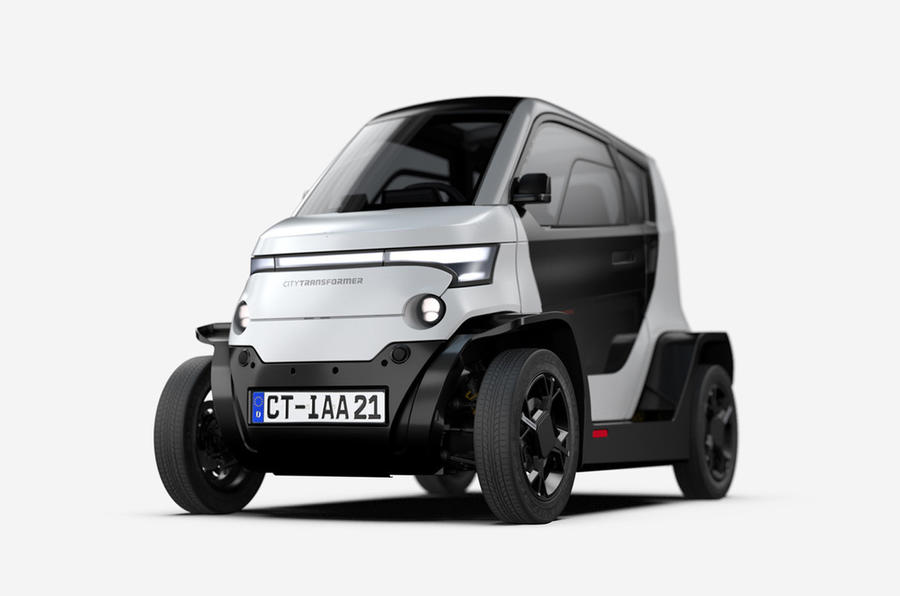 One-metre wide model willl have a top speed of almost 90km/h with a claimed range of 179km.

An Israeli firm has revealed a small electric vehicle with an adjustable ride and body shape at the Munich Motor Show. The City Transformer, built by a Tel Aviv-based firm of the same name, is one-metre wide and has a top speed of 88km/h, with a claimed range of 179km.

It is hoped the model will allow drivers to park in smaller spaces for improved urban mobility.

“Our innovative product, a folding car-platform that has the ability to shrink its track-width as it parks, will allow the driver to park the vehicle in a small space that was until now reserved for motor cyclists,” the new car maker said. Pre-orders in Europe for the model are already open, starting from around $AUD19,900 for those who order early, or AUD$25,000 beyond the pre-order window.

Described by the manufacturer as “the world’s first all-electric mobility solution that intelligently transforms its width and riding behaviour for a superior city riding and parking experience,” the City Transformer can also be charged to 80 per cent of its full capacity in 30 minutes and that it is built with sustainable materials. Four colours, Spacious White, Concrete Grey Nimble Blue Metallic, Transformer Red will be available when the model goes on sale. Further details about the model will be announced later today.