Confirmed: Ford Puma ST will be unveiled this year 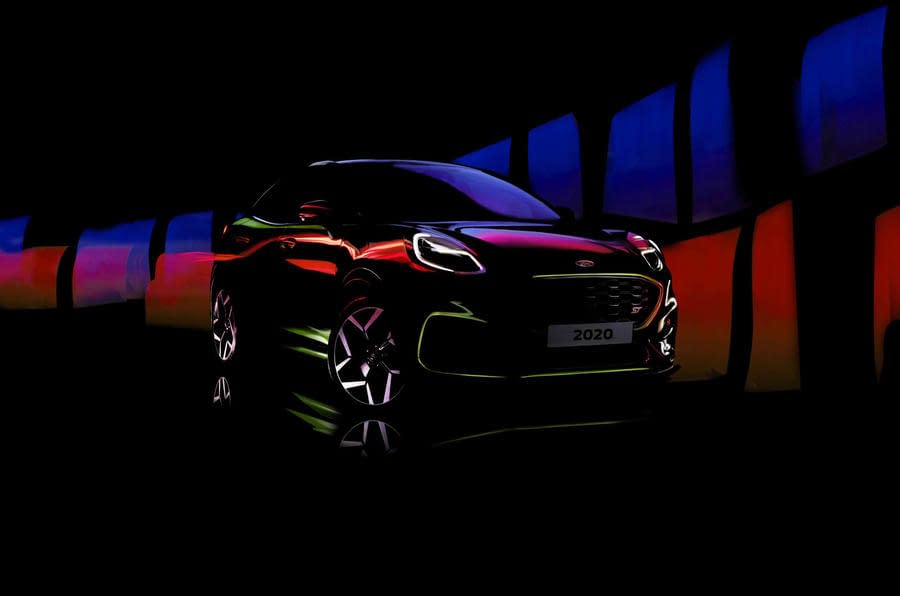 Ford has confirmed that a hot ST version of its new Puma crossover will arrive later this year.

A preview image – the first official acknowledgement of the model’s existence – suggests the Hyundai Kona N rival’s performance-inspired bodywork will bear a strong resemblance to recently spotted prototypes of the model.

The image gives little away as to how the Puma ST will be told apart from the standard car, but the wheels are of a similar design to those of the Fiesta ST, with which it will likely share its powertrain.

This 1.5-cylinder three-cylinder engine puts out 147kw and 290Nm, enough to send the hot supermini from 0-100km/h in 6.7sec and on to a top speed of 232km/h. The larger, higher-riding Puma will likely make some slight performance sacrifices.

Prototypes seen lapping the Nürburgring sported a prominent lower bodykit that extended around the car from a splitter-style front bumper to a new rear bumper that houses twin tailpipes.

Additional upgrades look to include lower, stiffer suspension and bigger brake discs, while an optional limited-slip differential, selectable driving modes and a launch control function will likely be available.

The Puma is the third model in Ford’s line-up to receive an ST version and the brand’s first hot SUV to launch here. It will take on the similarly conceived Hyundai Kona N and Hyundai HR-V in the developing performance compact SUV segment.

Does this electric SUV bring a dose of on-road pizzazz despite its entry-level status? In the opening months of 2021, the entry-level member of the...
Read more
Facebook