Cupra has announced that its all-new Tavascan electric crossover will go on sale in 2024 as the sporty Spanish off-shoot of SEAT looks to boost sales.

The Tavascan concept was first shown back in 2019 at the Frankfurt Motor Show, with plans for a production model stalling – until now.

During Cupra’s annual results conference, President Wayne Griffiths said, “Our dream will come true: the Cupra Tavascan will be a reality. Based on the MEB platform of the Volkswagen Group, it will be designed and developed in Barcelona and will reach Europe and overseas markets in 2024.”

The Tavascan coupe SUV will be Cupra’s second all-electric model to go on sale, as the brand confirmed at its third anniversary celebrations earlier this year that the El-Born concept will go into production first as the Cupra Born.

Both cars sit on the Volkswagen Group’s MEB electric car platform. The Tavascan concept was powered by a 77kWh battery sending energy to a pair of electric motors – one mounted on each axle – for a total of 225kW.

Cupra is yet to confirm official specifications, but this powertrain could offer a 0-100km/h time of around 6.5 seconds, while a 450km range is possible. Given this powertrain is already available within the Group, it’s expected the car will launch with this set-up as its flagship drivetrain – also featuring 125kW DC rapid charging –  reinforcing Cupra’s sporting intent as a brand.

Along with the Born, the Tavascan will play an important role in boosting SEAT and Cupra’s financial results and returning the Spanish brands to profitability after recording an operating loss of €418 million (AUD$646 million) due to the Covid-19 pandemic impacting sales – down 25.6 per cent compared with 2019 – and more than €260 million ($402 million) in “emissions-related expenses” meaning SEAT and Cupra didn’t meet emissions targets.

Cupra will be a key part of that, with forecasts to double sales and more than double turnover. But the Born and Tavascan EVs will offer customers more choice when it comes to electrification, which will also help the brands hit CO2 targets, avoiding costly fines.

“Our goal is to increase sales and recover our volumes to pre-COVID levels,” said Griffiths. “In 2021 we must return to profitability. This is our financial target. We’re working hard to be in black figures as soon as possible.

“Key levers to achieve profitability in 2021 will be an increase in the PHEV mix and the launch of the fully electric Cupra Born, which will enable us to achieve our CO2 targets. On top of this, we will put our attention on reducing overheads and on revenue management, by focusing on the most important markets and channels.”

Auto Express had an exclusive sneak peek at the Tavascan with Alejandro Mesonero, head of design for the SEAT and Cupra brands. “The car is a simple design,” he said, “but it has a striking look that doesn’t leave you without an opinion. You may like it or not. But it has an impact, and I think that is very important for Cupra.” Cupra has made no statement on whether the car is destined for production but Mesonero told us, “Nothing has been decided 100 per cent yet but our idea is to come back in the next few years with something extremely similar to this.”

The striking shape of that carbon-fibre body is largely dictated by aerodynamics. The front end features two large ‘S Duct’ vents leading through the nose section and out of the bonnet, while the bumper is hollowed out to either side of the illuminated Cupra logo in order to  smooth airflow across the sides.

Around the back the LED tail-lights, which match the lighting signature of the sharp front units, sit at the top of the boot lid. An aggressive kamm tail along with a large rear diffuser help to reduce lift without increasing drag. Even the 22-inch alloy wheels have intricate fins so that they produce minimal turbulence.

The cabin is more conceptual than production ready, but its 13-inch infotainment screen, complete with totally new graphics and layout, will find its way into new Cupra and SEAT models in the near future. The screen’s ability to electrically rotate so that it either faces the driver or front passenger is less likely to make road-legal models any time soon, however. The instrument panel is shown on another digital display measuring 12.3 inches.

Under the skin, the Tavascan will ride on the same MEB platform that will soon form the basis of a huge range of VW Group electric vehicles. As Cupra’s halo model, it will pack the most potent drivetrain that MEB can handle. A twin-motor set-up (one on each axle for four-wheel drive) delivers a total of 225kW, translating into a 0-100kW time of less than 6.5 seconds. A 77kWh battery pack promises a 450km range. 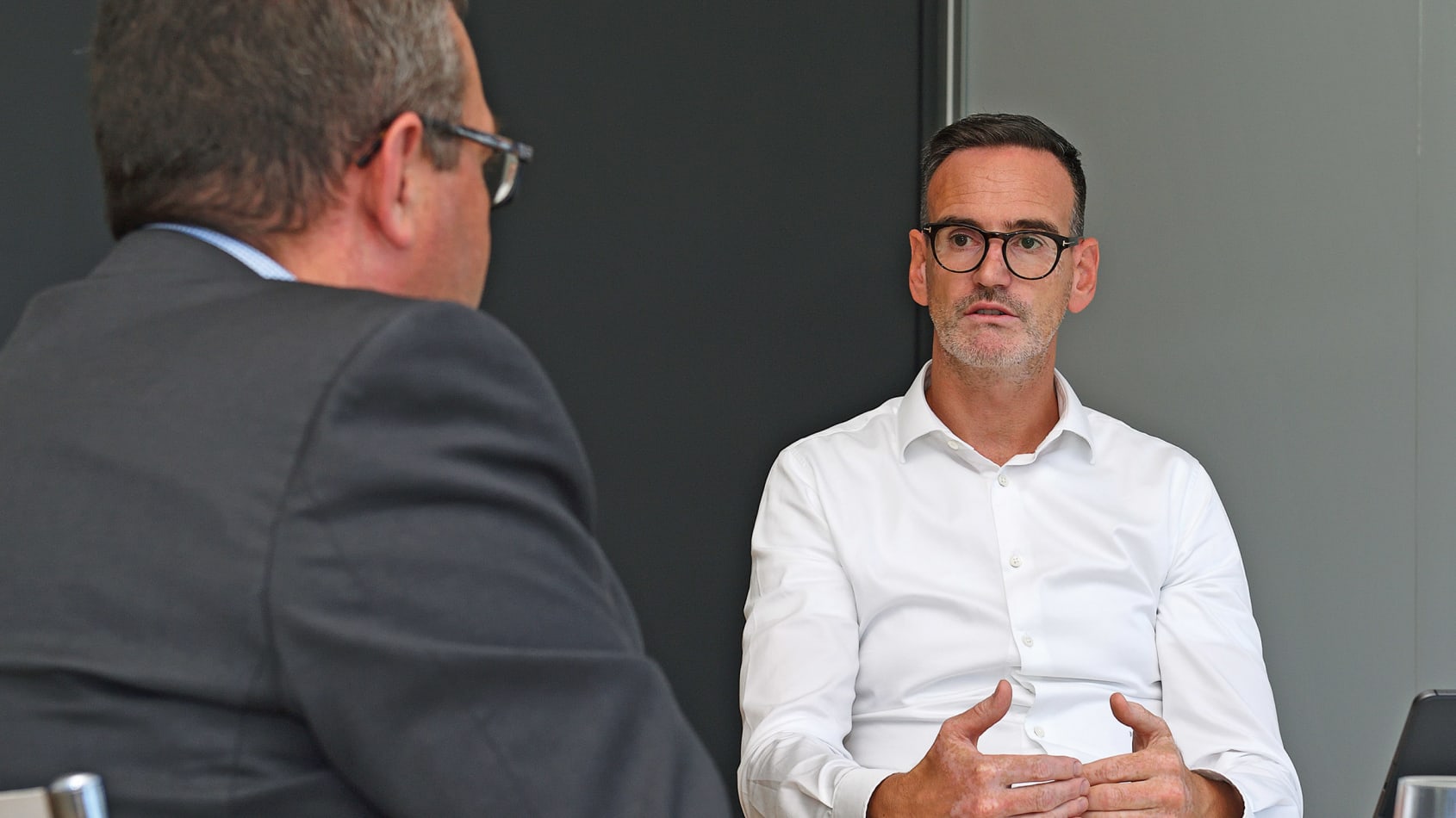 Axel Andorff joined SEAT as board member for technical development in the spring of 2019. In his first interview in September 2019, he talked about the challenges of developing the VW Group’s small electric vehicles.

Q: Your team at SEAT is leading development of the VW Group’s new ‘MEB entry’ platform for smaller cars. Has the process actually started?

A: “Yes, we have a team working on it now. What we already know is that just a little improvement of the main MEB platform on costs and so on will not be sufficient for what we need for a small electric car.”

Q: The new ID.3 and your own el-Born take advantage of the all-electric platform to offer more cabin space. Is this principle part of the ‘MEB entry’ project, too?

A: “If you set up a totally new platform, why shouldn’t you use the advantages that it brings? We have had a lot of discussions about this; we have a sophisticated platform strategy in the Group, with plenty available. But when you are convinced that EV is the approach you should follow, of course you try to use to the maximum the benefits that an EV provides.”

Q: The VW Group has announced plans to electrify its city cars, including your Mii Electric. Is that the future of this smallest class of vehicle, in your view – that they have to be electric? Or are you working on a successor to the regular Mii?

A: “What we have to do is to focus a little bit. The VW Group is huge and we can afford to do more than others, but we have to focus. Right now we are evaluating these small BEVs to come up with an idea of how a car below MEB could look. It would be good if we could focus on this.”