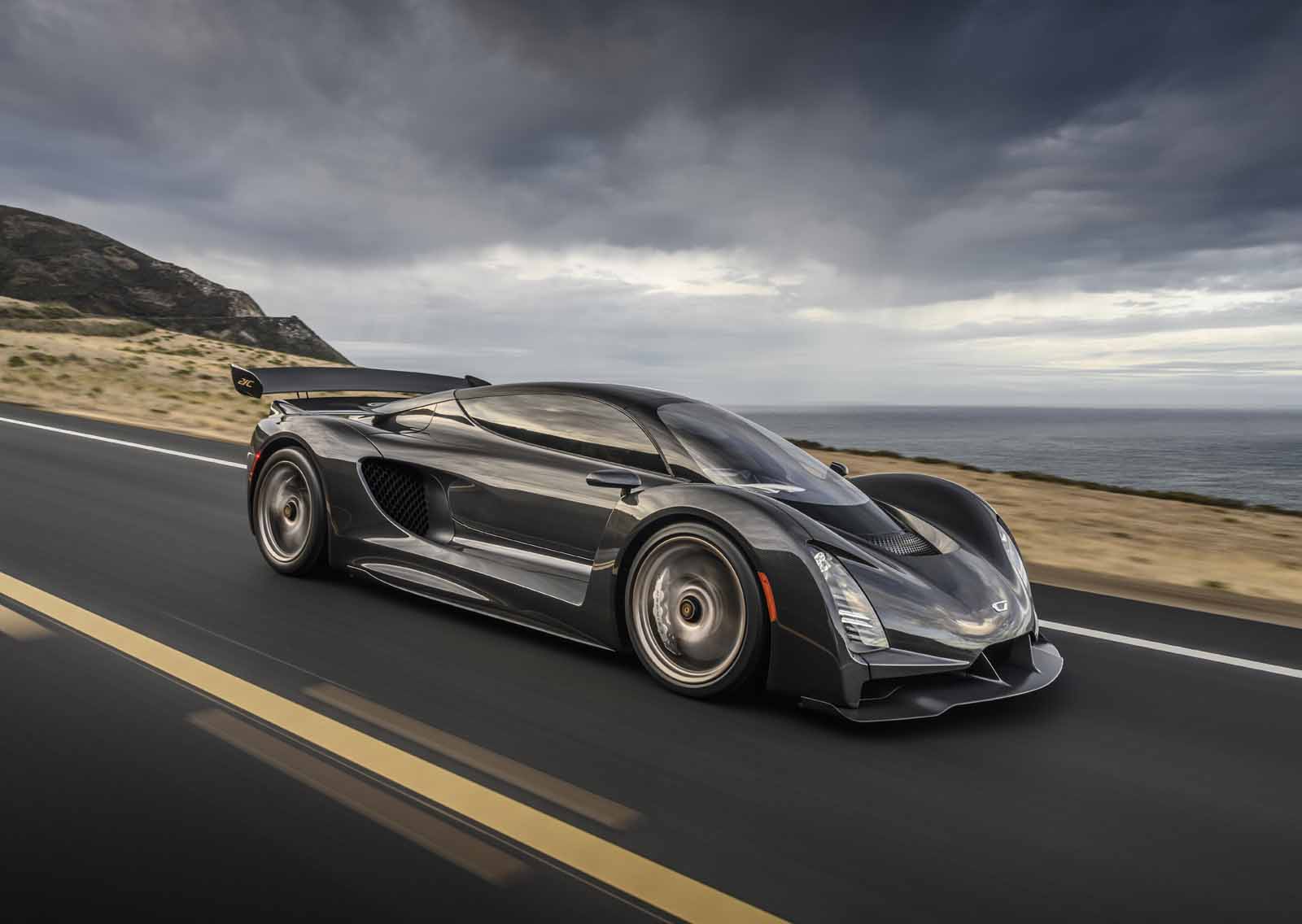 The 920kW hyper-hybrid was sent around the 3.6-kilometre course, with professional racer Joel Millar at the wheel, in just 1min 25.44secs, far outpacing the previous record of 1min 27.62secs set by the McLaren Senna in 2019. Conditions were described as “ideal” and the car used road-legal Michelin Pilot Sport Cup2R tyres.

The Laguna Seca record is the first, Czinger said, in a planned string of future performance record attempts. The 21C will now be prepared for a public appearance at Monterey Car Week from 12-16 August.

Footage of the Czinger team preparing the car for its record-breaking run, as well as the 21C lapping the track at speed, can be seen below.

Limited to just 80 models, the Aston Martin Valkyrie rival is powered by an in-house-developed twin-turbo 2.88-litre flat-crank V8 that revs to 11,000rpm and sends its power to the rear wheels.

If that wasn’t enough, it’s also supplemented by two electric motors that power the front wheels, resulting in a total output of 920kW. With the road-going version’s kerb weight of 1250kg (the lightweight track configuration is just 1218kg), Czinger claims  a true 1:1 power-to-weight ratio (measured in PS and kg). Power is put though a seven-speed sequential gearbox with a hydraulic multi-plate clutch.

Designed and manufacturered from scratch using innovative 3D printing and automation techniques, the 21C features an alloy and carbonfibre chassis. The design is highly aero focused and Czinger claims at 250km/hh the road-going version produces 250kg of downforce and the track version makes 790kg. The car also features an in-line seating arrangement in a fighter jet-style driver-passenger compartment, with a single seat behind the driver.

Promising to showcase a “paradigm shift in the way vehicles are designed, developed, engineered and manufactured”, the year-old company is named after founder and CEO Kevin Czinger, the man behind the Divergent Blade supercar of 2015. The Blade was claimed to be the first car of its type to use 3D-printing to form body and chassis components.

The 21C and its propulsion system are designed, developed, engineered and manufactured from scratch at the company’s base in Los Angeles, California. A full-width LED light strip stretches across the rear, which is dominated by a honeycomb grille design. Czinger claims boldly that the 21C will be “one of the 21st century’s most advanced performance vehicles”.

Automotive Daily understands that, given the amount of bespoke engineering and innovation included, a seven-figure price is likely.