Luxury SUV has a packed order book and the future looks bright – if Aston can continue the momentum.

The start of production of a bold new model at a brand-new factory is something car firms usually like to make a big thing out of: a huge press event, lots of visiting dignitaries and much pomp and circumstance.

And when it comes to new cars, few are more important or significant than the Aston Martin DBX, the British firm’s first SUV – and upon which the future of the company may well rest. Predictably, though, the event to mark the start of DBX production didn’t feel quite as exciting and upbeat as the firm would have liked. And not just because of, well, you know (insert brave new world/new normal/strange times clichés here). Aston Martin’s recent financial struggles have been well documented. The launch of the DBX comes with the company having recently posted heavy losses – now exacerbated by the financial hit of Covid-19 – with a depressed share price, having recently shed numerous jobs. The firm is also between chief executives and just beginning a major restructure under the leadership of new chairman Lawrence Stroll.

Difficult times, then, but all that only serves to increase the importance of the already crucial DBX. It would be significant enough as the brand’s first SUV, but it’s more than that: it’s the car the future of the company depends on. Aston might be a sports car firm at heart, but the DBX is set to account for half of its sales next year. Maybe more. Put simply, Aston can’t afford the DBX to fail. 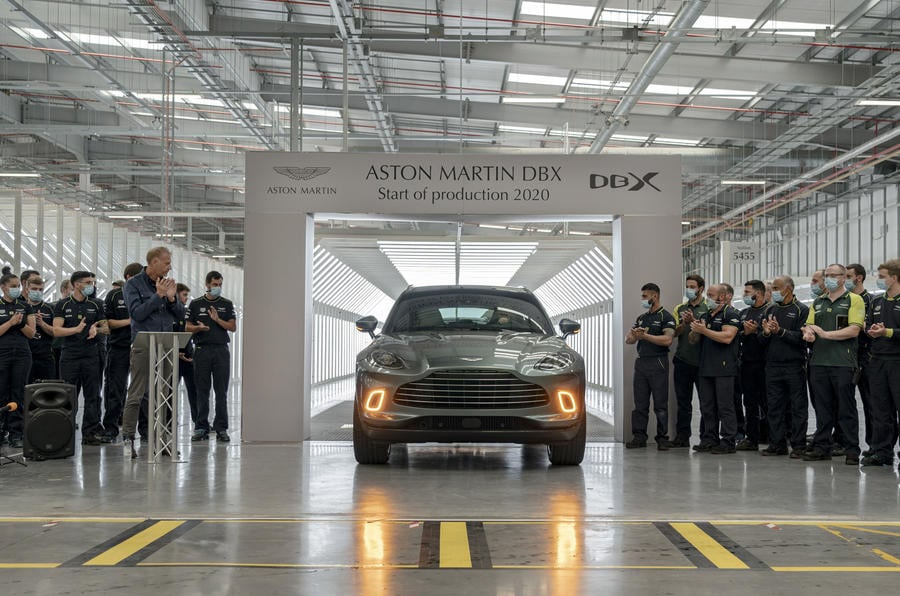 Aston has spent a long time developing the DBX, investing heavily in both the car and the vast new St Athan plant in which it will be built. The start of series production is a huge, pivotal moment, because it means Aston can start turning that investment into vital sales and revenue. Against a vast number of challenges, it’s a victory by itself – and worthy of more pomp than is possible in this age of whatever cliché you care to use. But it’s also just the start: the DBX order book is big enough to carry production into next year and Aston will need to work hard to build on that momentum. If it can, expect celebratory events with far more pomp and circumstance soon.