E-Legend displayed its Audi Quattro S1-inspired EL1 at the Munich motor show, but the German EV start-up is already working on its next project – a model that will share both the EL1’s mechanical architecture and inspiration from rallying’s Group B era.

The EL1’s carbonfibre chassis, suspension and electric powertrain have been engineered as an integral unit, explained Marcus Holzinger, E-Legend’s chairman and chief designer. This means that other bodywork can easily be integrated with it, the architecture being flexible enough to allow for slightly different wheelbases.

“With the EL1, we’re interpreting the Audi, but it could be something else in the future. This is just the starting point,” Holzinger told Automotive Daily’s exclusive partner Autocar. Group B gives no shortage of potential inspiration. Holzinger cited the Lancia Delta S4, Lancia 037 and Ford RS200 when asked which cars he would most like to add to his portfolio, while admitting that the desires of potential buyers could be the deciding factor.

But the Quattro was always going to come first, because Holzinger’s father was a design-studio modeller who worked on the 1984 original. 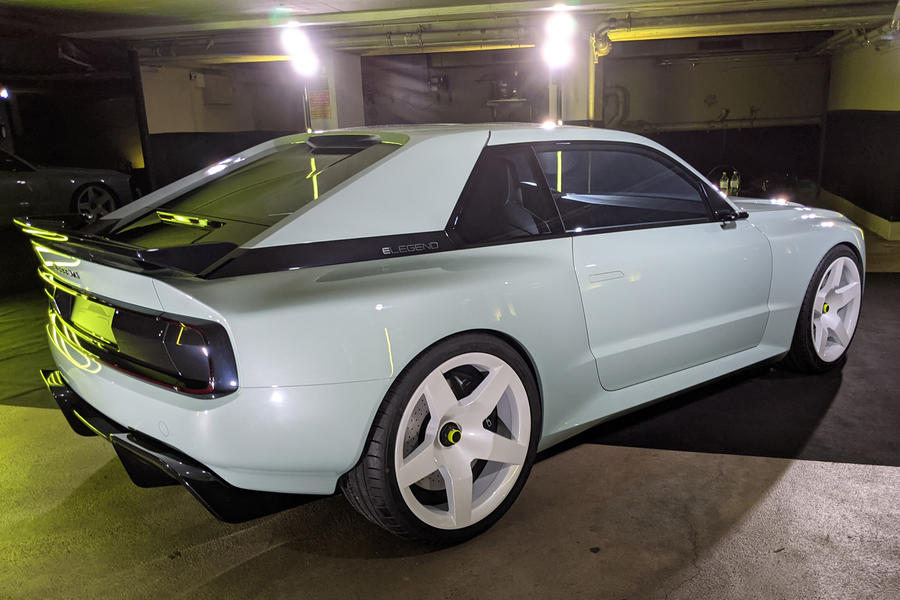 The EL1 uses a T-shaped 90kWh battery pack to power one motor at the front and two motors at the rear, which blend their efforts through a limited-slip differential.

The motors are configured to give Quattro-like handling in the 600kW EL1, but Holzinger said that future E-Legends will have their dynamic qualities altered appropriately. It’s possible to switch off the front motor or to alter static weight distribution by relocating parts. Having worked as a designer for Volkswagen before starting E-Legend, Holzinger says: “I have close contact with Audi design, and there’s no conflict there. They like it a lot. They have a very progressive and futuristic strategy; there’s no room there for retro design.”

E-Legend claims it has the funding to bring the EL1 to market, its plan being to build no more than 30 cars, priced at €890,000 (AUD$1.45 million) pre-tax. But it’s also looking for a bigger investor to help establish and expand the business beyond. EL1 prototype production has now started, and the first customer cars will be delivered at the end of 2023. The full run will take about two years.