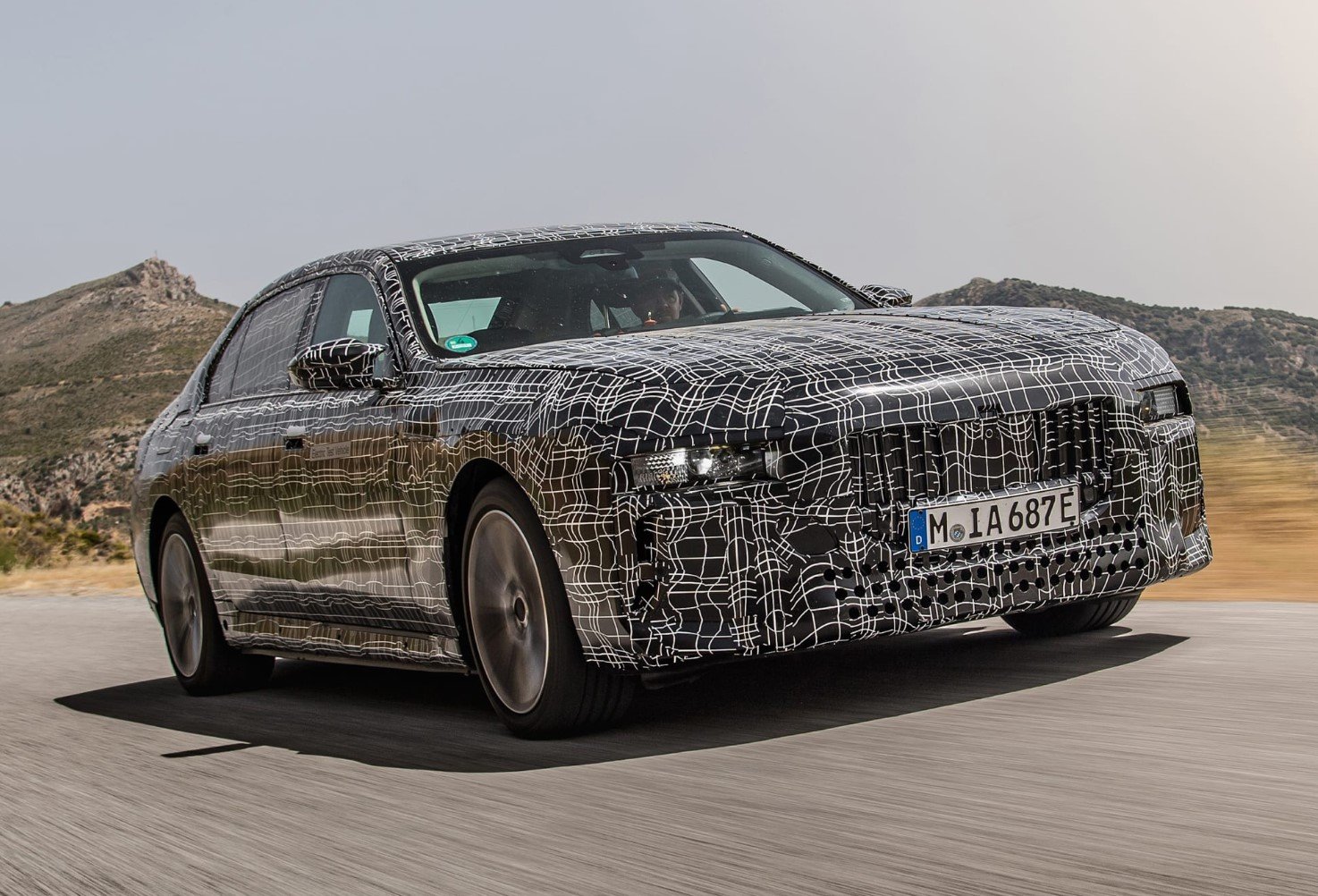 These new official images show the EV tackling the later stages of its development programme, with the brand’s engineers testing the capability of its battery pack in warm weather. These are famously difficult conditions for an EV, as the heat negatively impacts the amount of energy the batteries can store – therefore lowering its driving range.

The i7 prototype in BMW’s official “spy shots” is still heavily camouflaged, so there’s nothing new to glean on the design front. The car’s shape is more that of a traditional three-box saloon than the ultra-curvy, hatchback-style EQS. A long bonnet and high shoulder line combines with a low nose, while the rear follows the classic large saloon format. 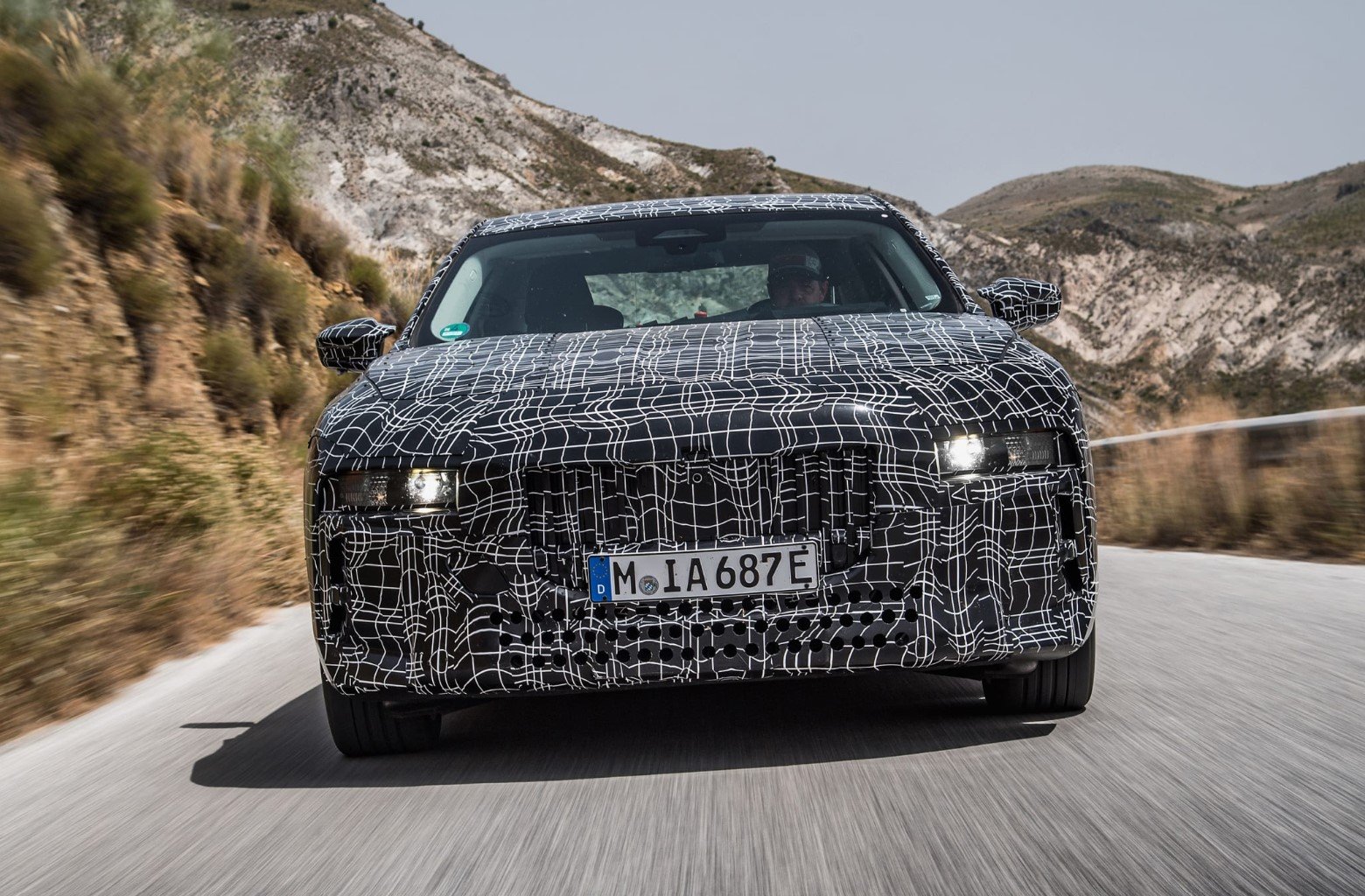 BMW also will introduce a new headlight design, first spotted on the facelifted version of the X7 SUV. The current car’s combined daytime running lights and main headlamps will be ditched in favour of split units, with the latter located lower down in the bumper.

As is customary on recent BMWs, the next i7 (and its combustion-engine sister car) will feature enormous kidney grilles, while the streamlined nose references that of the iX SUV. Buyers will also be able to choose between standard and long-wheelbase layouts.

BMW is yet to release technical specifications for the electric i7. However, the company claims that the car’s suspension, steering, braking, driving dynamics and stability systems have been “designed to raise the balance between sportiness and ride comfort that’s typical of the brand’s luxury sedans to the next level.”

Given that the EV will be going toe to toe with the Mercedes EQS, we expect BMW will need to achieve a maximum range of around 640km to remain competitive in the segment. The EQS is capable of 780km on a single charge, thanks to its 107kWh battery.

It’s expected that the i7 will be based on BMW’s modular CLAR platform and powered by its fifth-generation eDrive technology, which also appears in the new i4 saloon and iX. Using this EV drive system should dramatically reduce production times, because it groups the electric motor, transmission and electronics into a single unit. The layout also cuts the overall mass and size of the system, which translates into a little more range. 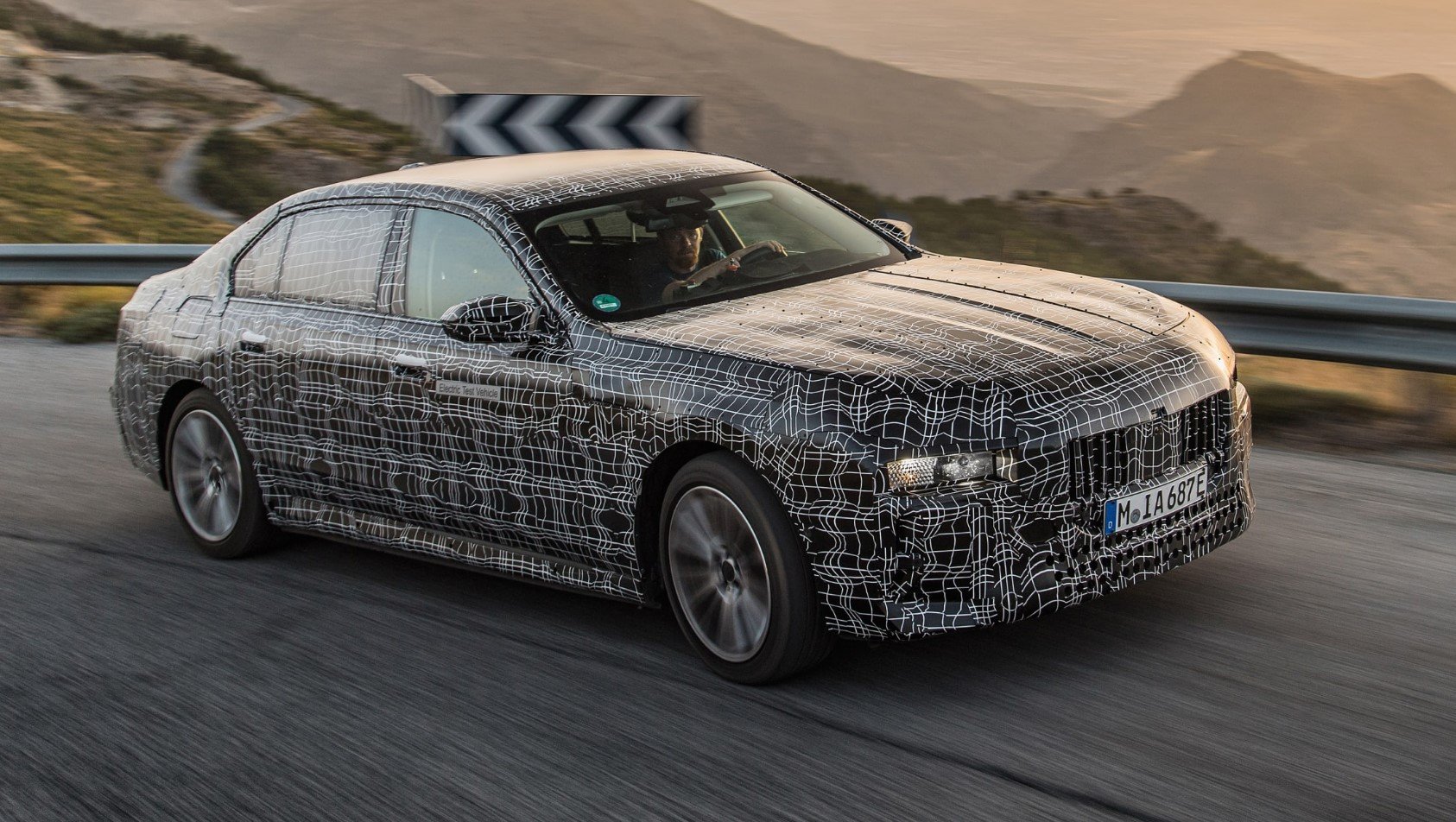 The i4 and iX already share the same drive systems – and we expect the i7 will follow suit. We anticipate that the electric limousine will launch with those cars’ 385kW dual-motor, four-wheel drive setup in xDrive50 flagship guise.

That system has enough grunt for a 0–100km/h time of 4.6 seconds and a top speed of 200km/h in the iX – figures that the i7 should match or even beat, as it’ll be a bit lighter and more aerodynamic. We expect a lesser 240kW xDrive40-badged variant will also join the range, offering a 0–100km/h time of around six seconds. An M variant hasn’t been confirmed.

The i7’s will also likely be offered with the same 71kWh and 105.2kWh batteries as the iX. That should be enough for a range of around 400km on the smaller unit, with the larger battery clocking a maximum of more than 600km. Rapid charging will also be offered.