Electric boat maker Candela has announced it will accelerate its plans to sell electric hydrofoils after raising additional investment.

Candela claims it tops sales worldwide for electric leisure and commercial vessels, and is seeking to expand its range of electric-powered hydrofoils after securing more than AUD$37 million of investment from venture capitalists. It says it will use the money to triple its R&D spend and scale up its production capabilities.

To date, the company says electric boat sales have been hampered by high energy consumption and therefore low range. 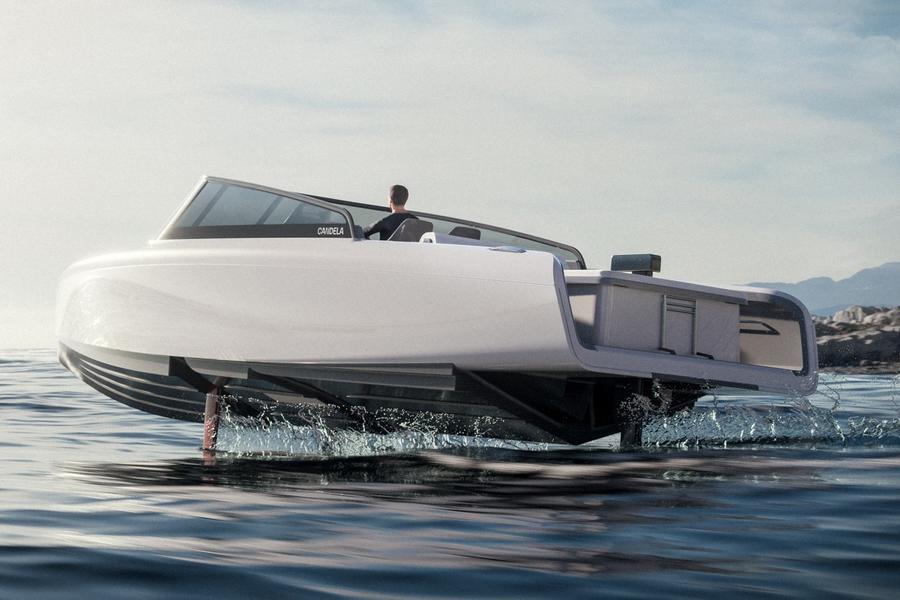 It says its hydrofoil design – which raises the boat above the waves on computer-controlled underwater wings – reduces energy consumption by 80%, giving its designs typically two to three times the range of comparable boats. It also says that as its boats are silent and wake-free they are smoother to be in than conventional boats.

Gustav Hasselskog, CEO of Candela, said: “We’ve shown that our hydrofoil tech is the key to make electric boats commercially viable. We’re seeing boundless demand for the Candela C8, as well as huge interest in our commercial vessels. This investment will allow us to double down on our mission to speed up the transition to fossil fuel-free lakes and oceans. We are ready to scale up fast.”

Candela has been selling its foiling C7 sportsboat for three years, and is now looking to launch the C8, a day cruiser, into production which it already has 100 advance orders for. It is also developing a shuttle ferry (named the Candela P30) and a water taxi (Candela P12) as it expands its ambitions for an electrified – and emission-free – future on the waterways.