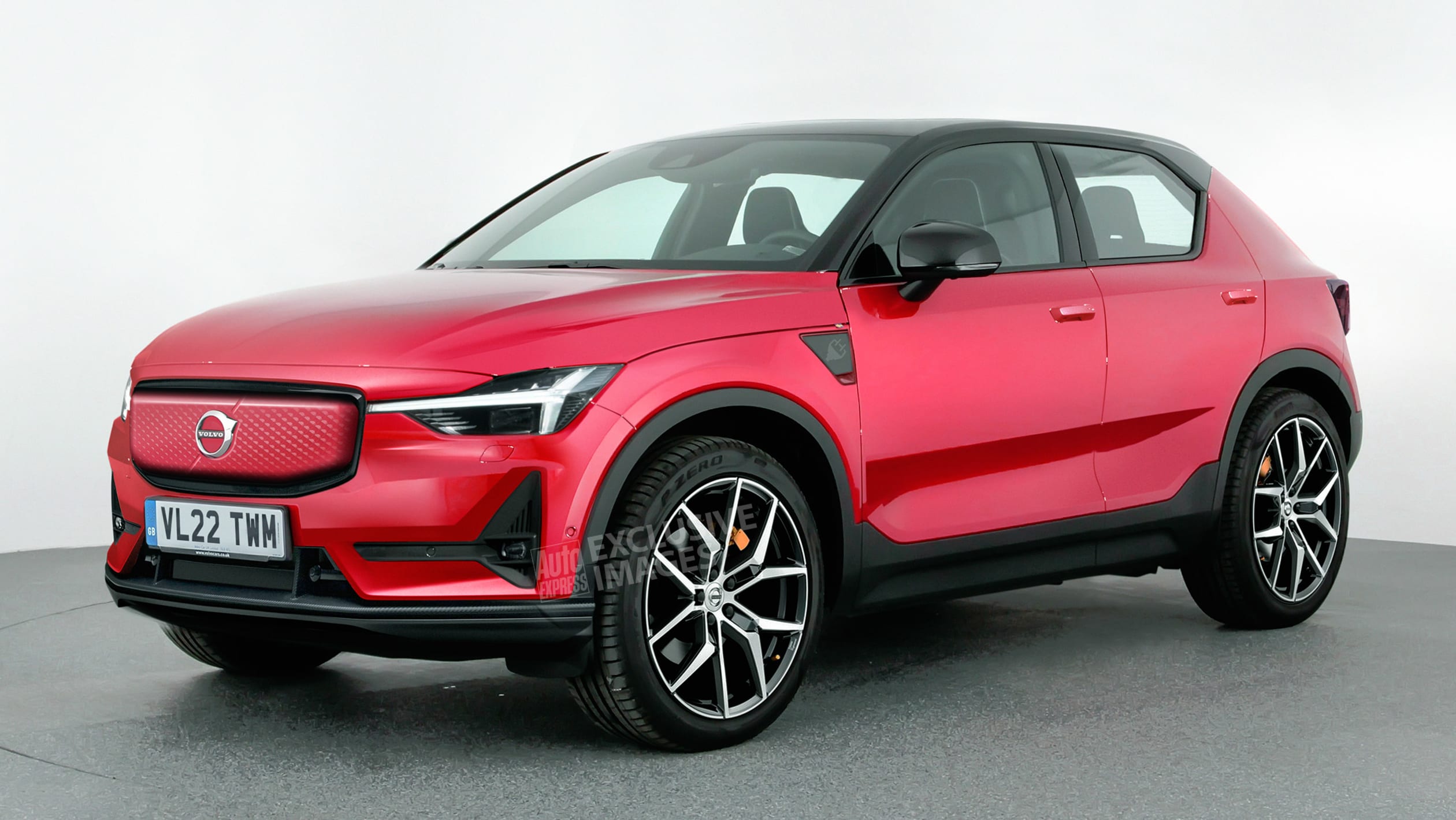 Swedish car maker Volvo will introduce an a new entry-level SUV that sits underneath the Volvo XC40.

Volvo is pushing ahead with plans for a smaller SUV, potentially badged XC20 – and the company boss has confirmed that it will be one of the first cars based on the new pure-electric platform developed by the Swedish brand’s owner, Geely.

The Chinese conglomerate unveiled the EV-specific underpinnings, called Sustainable Experience Architecture (SEA), at the recent Beijing Auto Show. The technology was showcased using a concept from Lynk & Co, but speaking to Auto Express, Volvo boss Hakan Samuelsson admitted that his engineers are also working on models based on SEA – and that the much-rumoured baby SUV, first revealed by Automotive Daily’s partner Auto Express last year and previewed by our exclusive image (above), will be one of them.

“We will also use SEA,” Samuelsson said. “We’ll use it for a smaller car, where I think it’s very practical and smart for us to share that, so we can have a cost structure for a smaller car that’s very competitive. It’s difficult to push the CMA platform [the XC40’s chassis], which is a combination platform for EVs and combustion-engined cars, further down. So if you want to do a smaller car than XC40 then SEA can do it. We will use it for that.” Last year Samuelsson hinted at a smaller model, suggesting, “Small cars can also be premium. Just because you have a small suit, it doesn’t have to be polyester.” Now he says that Geely’s investment in SEA means that it can support a car carrying the Volvo badge. “We can build a very premium Volvo on SEA,” he said. “We’ll do it together with Geely, so it’s very natural. We’re cooperating on this. We developed CMA in Gothenberg, although it was financed jointly. But SEA has been developed in China, and with Chinese suppliers you get a very good cost structure. But with a Volvo top hat on.”

Samuelsson also admitted that the first Volvo sub-40 model is indeed likely to be a small SUV. When asked if this body style was in the plans, he replied, “Yes – good guess! It has to be premium, and SUVs are very popular, but it should be all-electric too. I think the SUVs in the future might not be exactly as SUVs are today. Ground clearance and off-roading capability are probably not the most important things now.”

Volvo has trademarked various XC names, including both XC10 and XC20 – but Samuelsson declined to give the new model a specific badge just yet. “Let’s see what it will be called,” he said, “but it will be a car that’s definitely in line with customers’ expectations.”

No time frame has been given for the ‘XC20’, but Samuelsson confirmed that it is one of the cars at the heart of Volvo’s plan to fill half of its sales volumes with pure-electric models by 2025. Samuelsson also revealed that the next 40-series model is coming in 2021. “Next year there will be another 40-series Volvo, which will also be electric,” he said. “So we will have electric cars to support our ambition to sell half of our cars as all-electric five years from now.”

Higher up the range, it seems likely that Volvo’s next-generation flagship will be called XC100 when it arrives in around 2022. It is a possibility because the firm is developing the second generation of its larger-car platform, called SPA2. The present architecture, SPA, underpins all ‘60’ and ‘90’-series models, but it’s unable to go much larger than the current Volvo XC90.

Auto Express understands that SPA2 will be engineered to support vehicles up to 5.5 metres long. And crucially, the third Polestar model, a huge pure-electric SUV, will use the same underpinnings. This development will allow Volvo to exploit economies of scale and make a big seven-seater.

The new vehicle is already said to have the internal project code V616, denoting ‘6’ for the largest size in Volvo’s range, ‘1’ for the first generation of the vehicle and ‘6’ for the SUV body style. It’s said to be around 30cm longer than the current XC90 and slightly lengthier than even the BMW X7, at 5.2 metres. This gain will be shared between the wheelbase – improving second-row legroom – and the rear overhang, improving the seven-seat functionality and boot capacity.

The XC100 is likely to feature a mixture of higher-end powertrains from the manufacturer’s line-up, with entry-level editions using a high-powered petrol-based mild-hybrid set-up, and alternatives available with both plug-in hybrid and pure-electric configurations.

The new flagship SUV has been made possible not only by buyer trends in key markets, including the United States and China, but also by Volvo’s improved brand strength. This will support a new high point in the firm’s pricing strategy.

Ex-Renault boss chimes perfectly with the values of the two brands he seeks to reinvent. It’s hard to think how Thierry Bolloré could have made...
Read more
Facebook