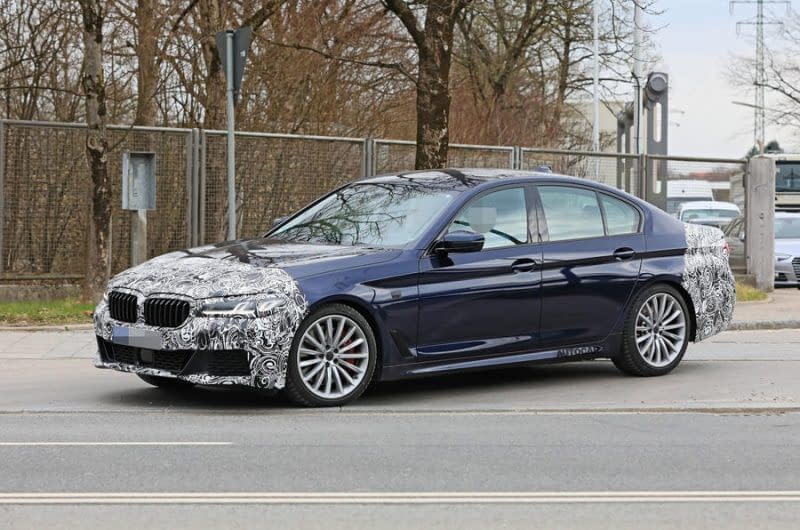 New prototypes of the facelifted BMW 5 Series have been caught revealing new details ahead of its scheduled launch later this year.

The test mules wear the same disguise as those snapped by our photographers last year, but this is the first time we’ve seen the updated Touring variant being road tested. Like the saloon, it appears to gain only subtle tweaks to the front and rear, but we can see that hybrid versions will be told apart by a bespoke front bumper design, with a horizontal vane spanning the width of the lower air intake. 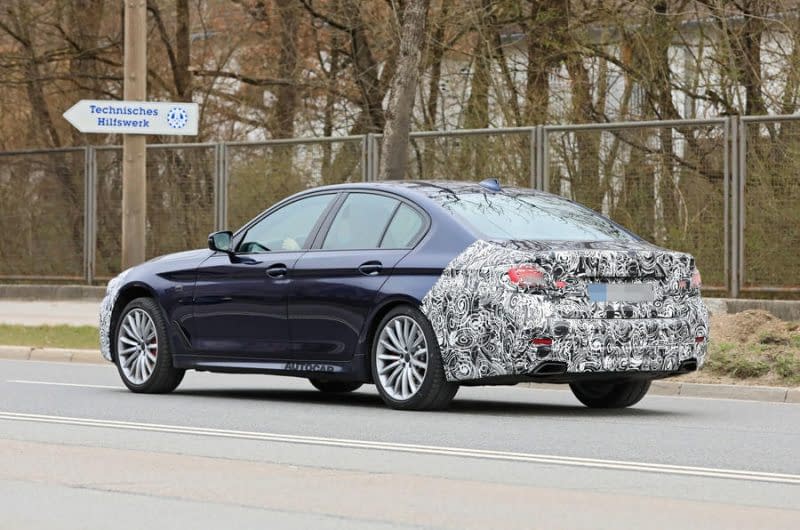 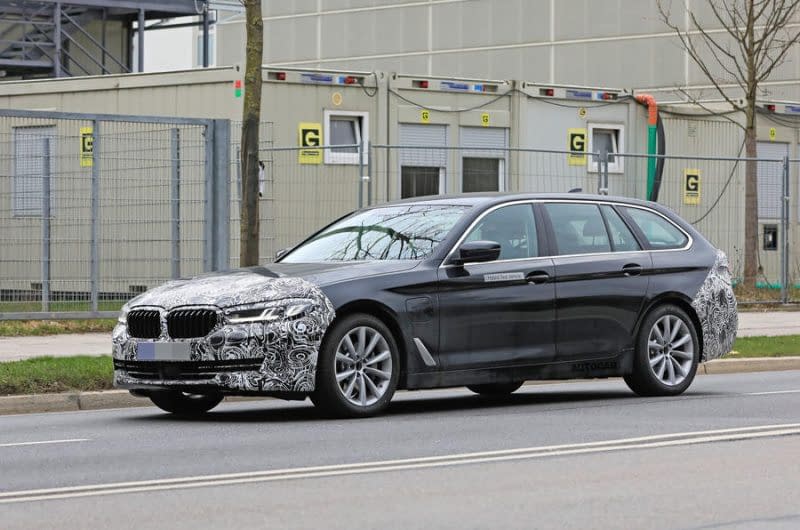 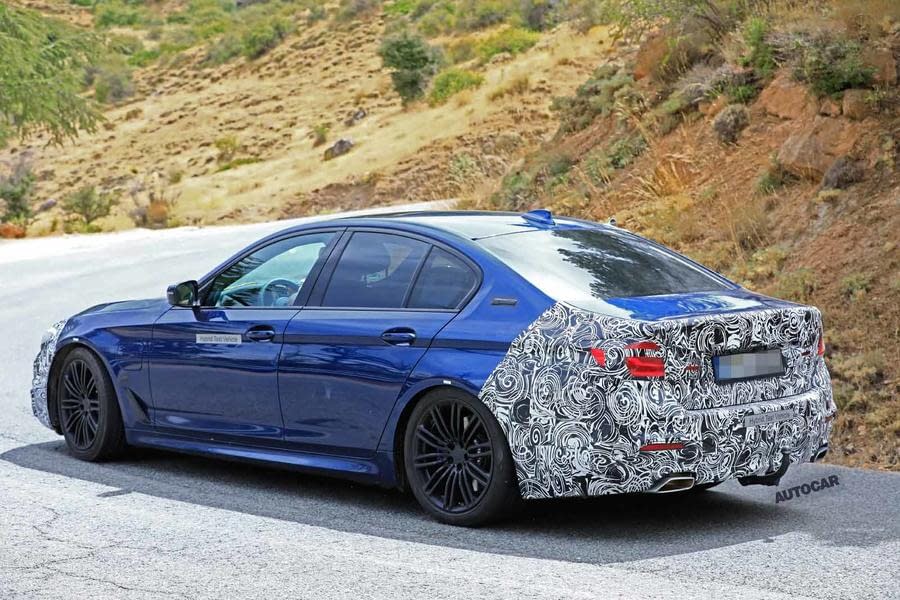 The current G30 5 Series is already sold with a plug-in hybrid set-up in the 530e. This has a turbocharged 2.0-litre four-cylinder petrol engine and an electric motor developing a combined 185kW and providing an electric-only driving range of up to 65km’s.

As part of a push to take its plug-in hybrid drivelines into the performance car class, BMW is said to be planning a new 545e model running the same set-up as the 745e. This would use a more powerful turbocharged 3.0-litre six-cylinder engine and an electric motor making a combined 290kW and yielding an electric-only range of up to 58km’s.

In further developments, BMW plans to equip all petrol engines with a particulate filter, while the diesels will receive new selective catalytic reduction (SCR) technology, according to Munich sources.