The Nürburgring has long been the go-to place to both develop cars in their development stages and test them upon completion, by both amateurs and big car companies alike.

A Nürburgring lap record has therefore become one of the ultimate accolades for car makers, with multiple huge manufacturers vying for the title, in multiple categories. Take a look below to see the quickest lap times across all major categories.

Fastest road-legal lap around the Nürburgring 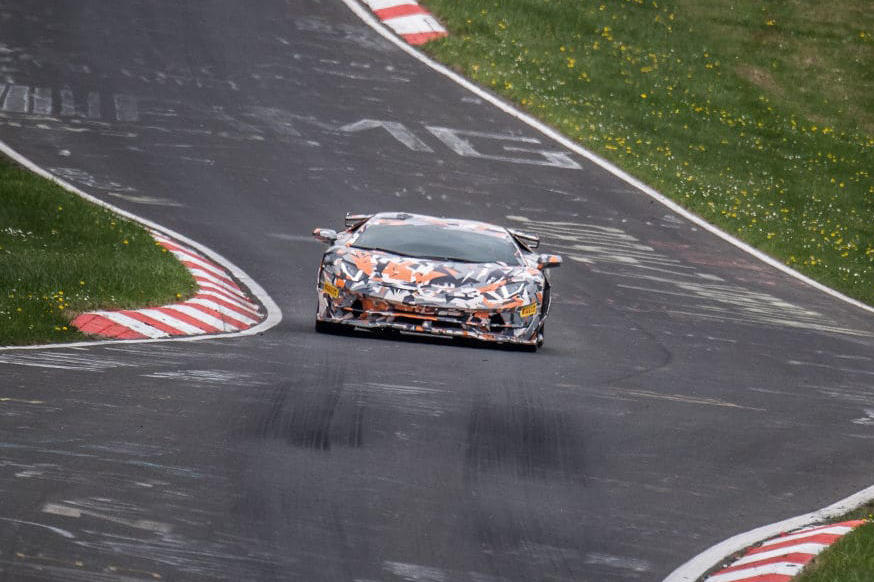 Lamborghini used active aerodynamic upgrades to overhaul its Aventador supercar into a record-smashing track weapon, letting the V12-powered Aventador SVJ break the Nürburgring record for a production car with a 6:44:97 lap time. That knocked the Porsche 911 GTS RS down into second place and claimed a win for the Italians. 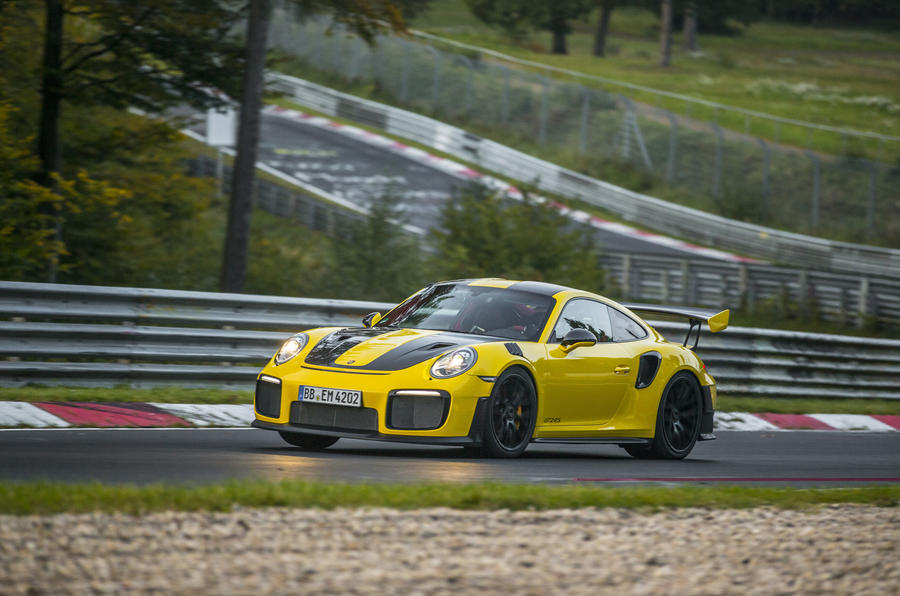 The 515kW 911 GT2 RS blasted around the ‘Ring seven-tenths of a second faster than the Radical SR8LM, making it the fastest rear-drive production car to lap the infamous Nordschleife. The king is dead. The Radical SR8LM had held the lap record since 2009, when it lapped in just 6min 48sec in the hands of Michael Vergers, but was dislodged by the Porsche GT2 RS. Now that Lamborghini has set an even faster time, the Radical has to settle for third place. Vergers was driving the car just 24 hours after the car was driven from England to Germany for the record. Controversially, the SR8LM only has British single-vehicle approval, not full type-approval, and so there’s some debate as to whether it qualifies as a street-legal record. Next is the Lamborghini Huracan Performante, which lapped the 20.8km Nordschleife in a hair over 6min 52sec. The SR8’s 2.6-litre V8 engine develops 268kW and broke the Nürburgring record in 2005. This model was also driven by Michael Vergers. Like the SR8LM, it only has single-vehicle approval in the UK, rather than full type-approval, which has led some outlets to exclude it from production car record lists. 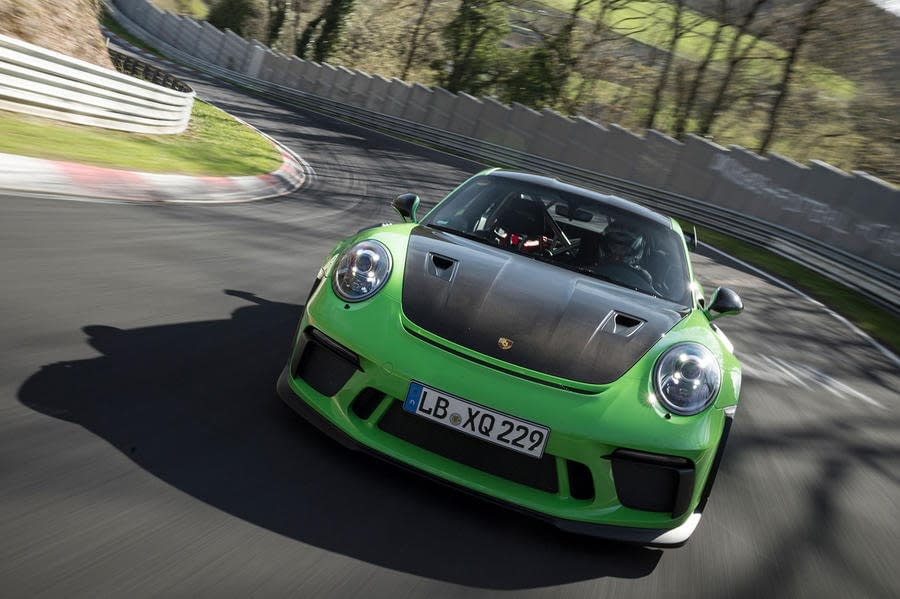 Porsche’s old-school approach to record-setting saw few tweaks required to the GT3 RS, with only a racing bucket seat and harness chosen from the options list along with the weight-saving Weissach pack.

The 918 Spyder has carbonfibre construction, a hybrid powertrain and a suspension set-up donated by a prototype racing car. It has a top speed of 350km/h. This has a single-clutch automated gearbox and is 50kg lighter than the regular Aventador. The 0-100km/h time is claimed at 2.8sec and top speed is 350km/h. 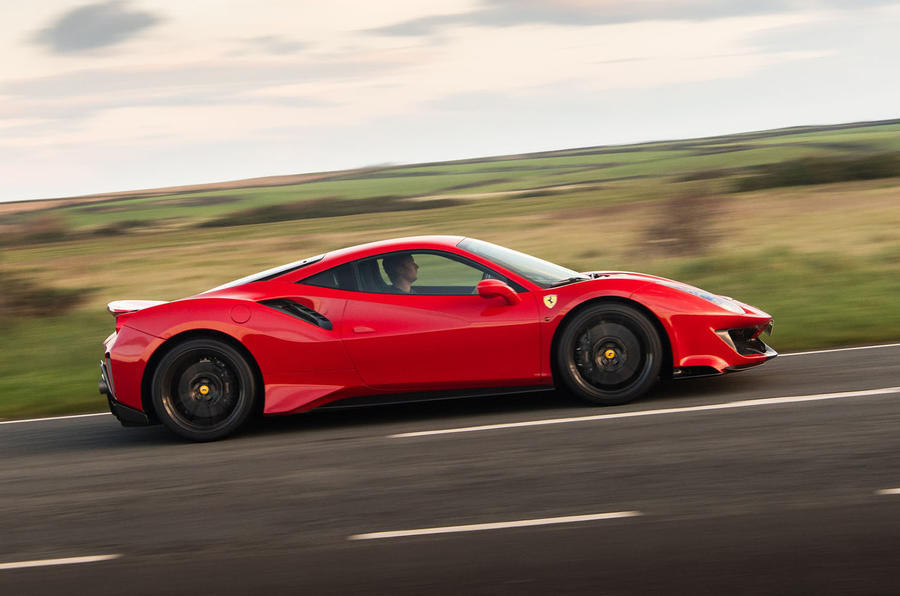 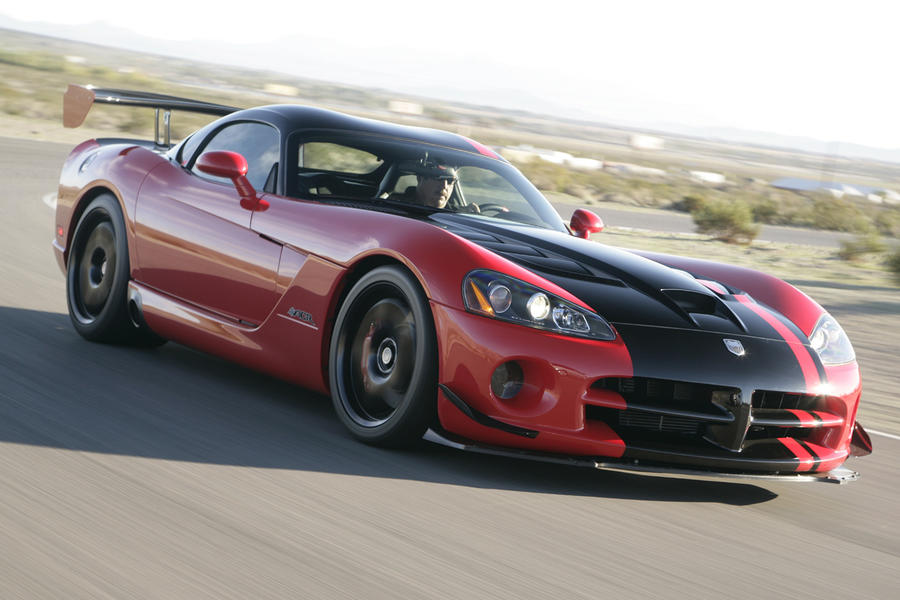 The number ten spot might not sound all that impressive, but the independent effort that set a 7:01:3 time in 2017 also made the most hardcore Dodge Viper variant the fastest American car to lap the Nurburgring. It also did so with a manual transmission, the only car in our top ten to do so. Unfortunately tyre damage led to a crash on a subsequent lap, torpedoeing any further attempts. 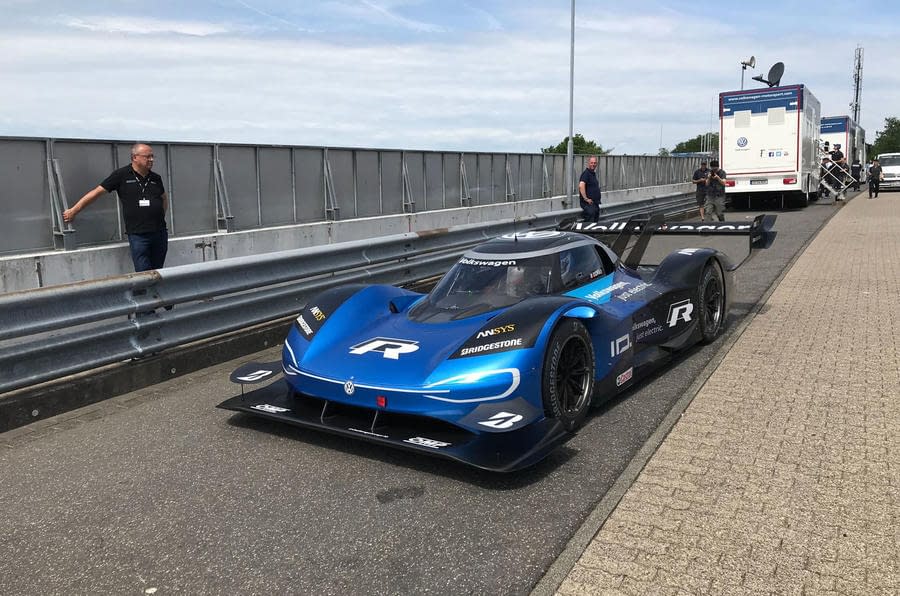 Volkswagen’s purpose-built ID R racer followed up a historic victory at Pikes Peak by becoming the fastest electric car ever to lap The Green Hell. Driver Romain Dumas took the heavily modified single-seater around the ‘Ring 40 seconds quicker than the previous record holder, and blitzed the historical record set by Porsche’s Stefan Bellof in the process. 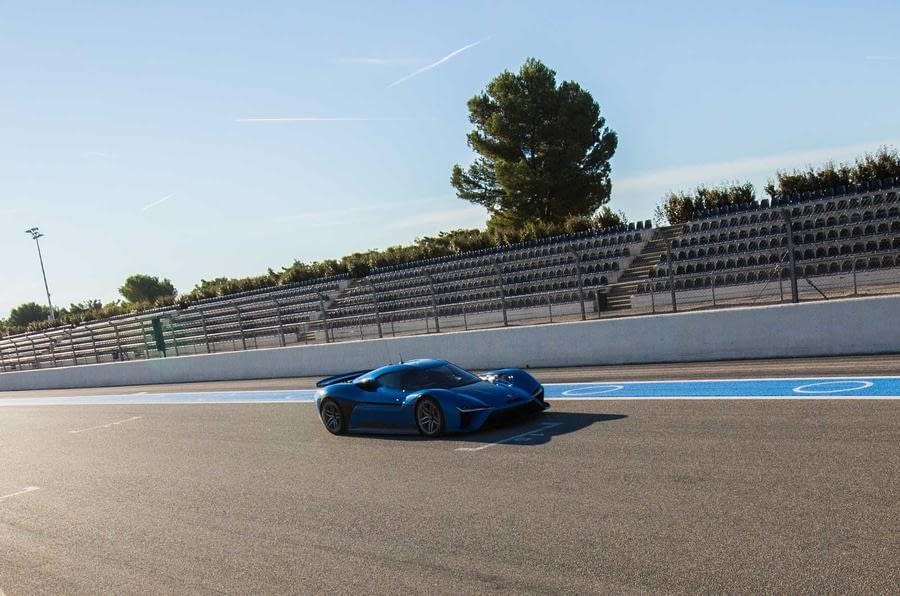 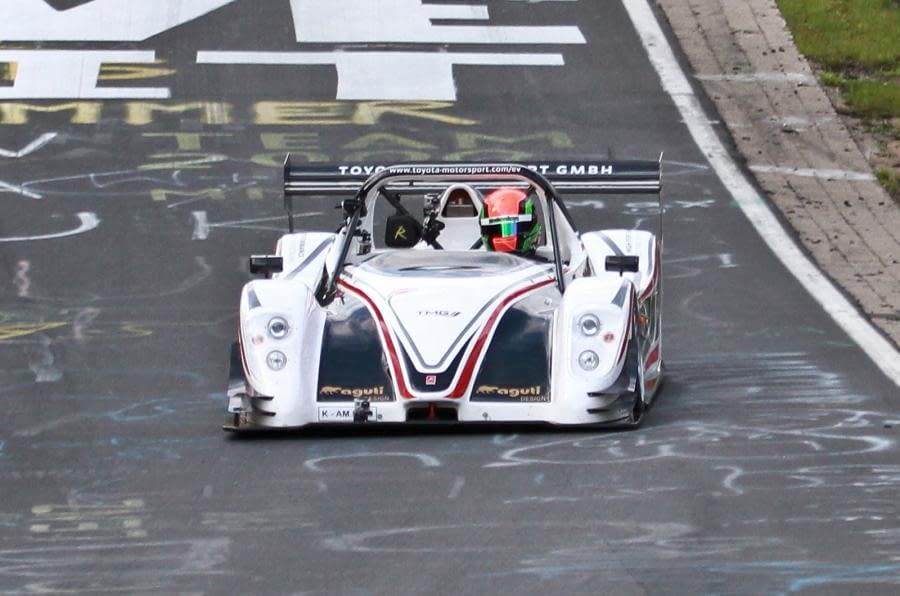 It was way back in 2011 when Toyota claimed the ‘Ring record with the TMG EV P001, but its record stuck until just a few months ago. The car’s 1085Nm certainly helped it attain the title, and what’s more, it managed to claim the crown on road-legal tyres. 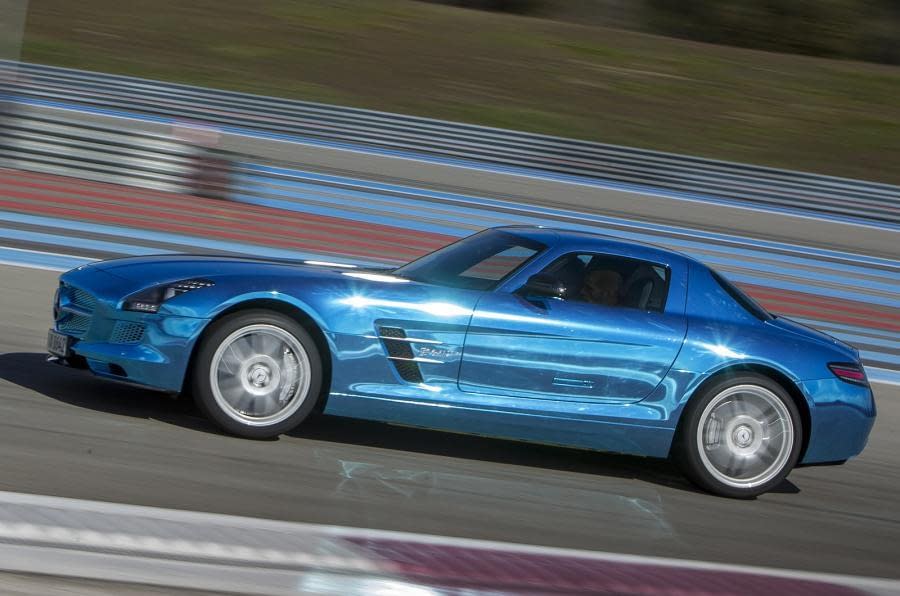 Mercedes’ electric blue SLS AMG Electric Drive is hard to miss, and so was its Nürburgring record in 2013; it walked all over the Audi R8 e-tron’s lap time, trouncing it by more than 12 seconds. Its 552kW and 1000Nm certainly gave it the required shove. 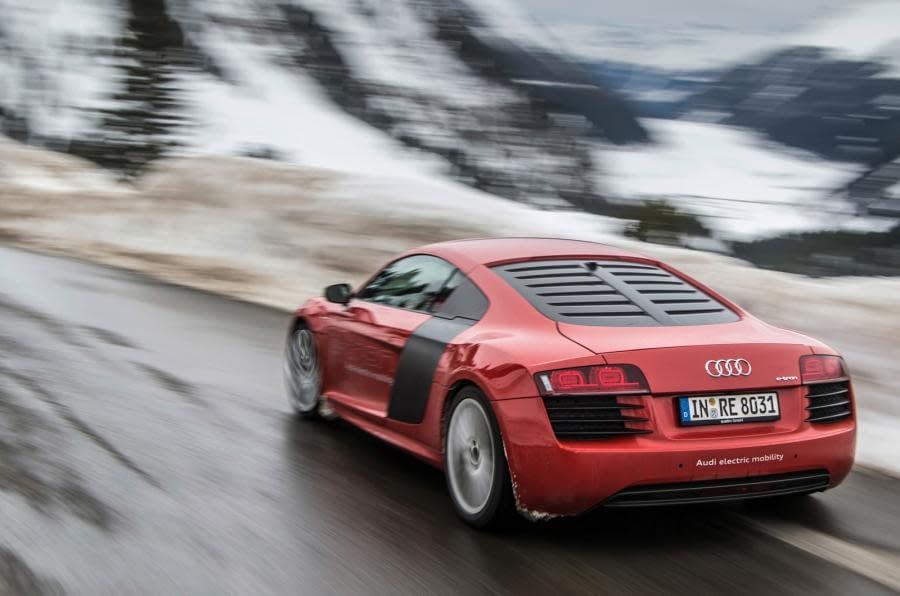 The Audi R8 e-tron held first place on the electric ‘Ring record chart for almost a year before Mercedes’ SLS AMG Electric Drive came along; the R8 set its 8:09.09 time in July 2012. It had around half the power of the Mercedes, at 280kW, but had less of a torque deficit, producing 820Nm. 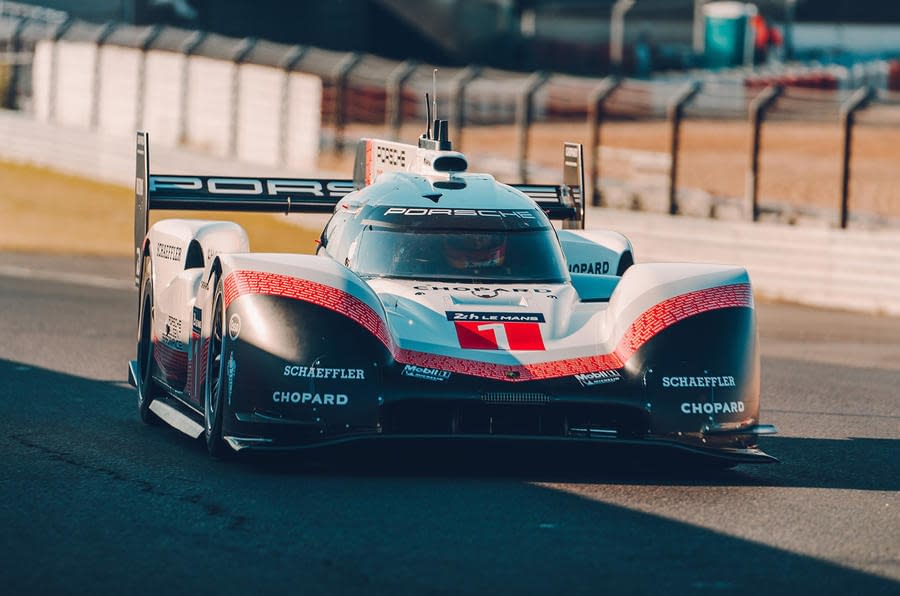 When it derestricted its Le Mans-winning 919 Hybrid prototype racer and sent it on a farewell tour of iconic race tracks before pulling out of endurance racing, smashing the all-time fastest lap of the Nordschleife was all Porsche had in mind.

The car was 39kg lighter than its race spec, with radically reworked aerodynamics that improved downforce by 53%. The 2.0-litre V4 hybrid powertrain was tuned to produce 530kW, with an additional 322kW coming from an electric motor.

With Porsche works driver Timo Bernhard behind the wheel, the 919 Evo proceded to obliterate the all-time lap record, first setting a 5:24:375 in practice and then a 5:19:546 in an official run. 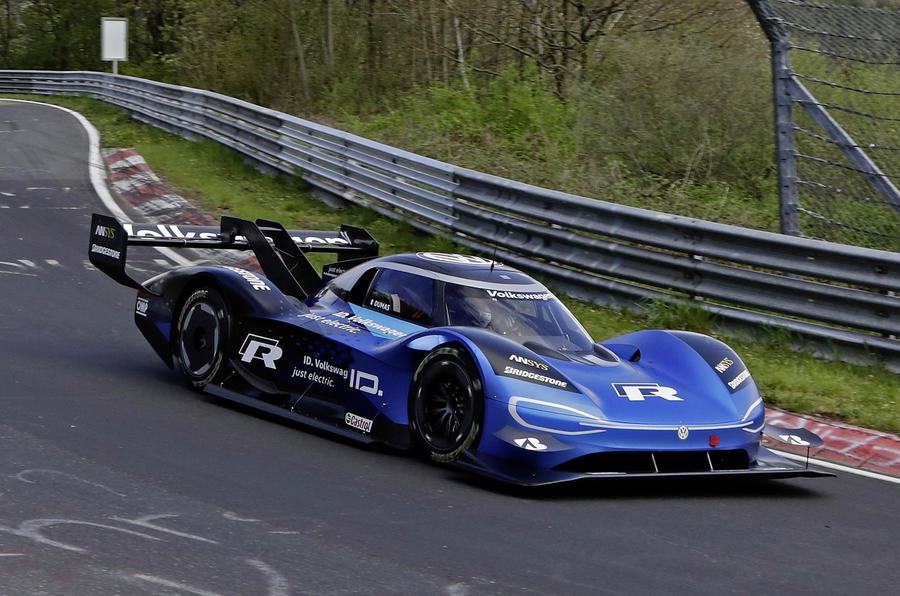 It’s a real achivement that Volkswagen has not only managed to claim the fastest lap time in an electric car with its ID R programme, but also place among the fastest-ever recorded. It has subsequently gone on to set records at the Goodwood Festival of Speed hillclimb and China’s Tianmen Shan Big Gate Road, while the technology it pioneered will go on to influence R division’s electric road cars.

It’s a real achivement that Volkswagen has not only managed to claim the fastest lap time in an electric car with its ID R programme, but also place among the fastest-ever recorded. It has subsequently gone on to set records at the Goodwood Festival of Speed hillclimb and China’s Tianmen Shan Big Gate Road, while the technology it pioneered will go on to influence R division’s electric road cars. Previously the absolute Nürburgring lap record holder, the Porsche 956, driven by the late Stefan Bellof in qualifying for the 1983 1000km Nürburgring race, set a target that would hold for more than three decades. Due to construction of the Nürburgring’s Formula 1 circuit, that race was the only time top-level Le Mans sportscars race on the 20.8km Nordschleife layout.

The 956 driven by Bellof, then 25, was powered by a 2.65-litre flat six that produced more than 462kW and featured a ground effect downforce-producing underbody.

In qualifying, Bellof’s goal was to beat fellow Porsche driver Jochen Mass’s best lap. Aided by new 13in front wheels, he flew, despite claiming he made two mistakes and was baulked at one point by a lower-class Porsche 911. His average speed was more than 200km/h.

Bellof continued to demonstrate his pace during the actual race, pulling a 36-second lead on Mass in the opening six laps. That didn’t entirely please his team, who had been urging him to save fuel. After his car’s lead was reduced during team-mate Derek Bell’s stint, Bellof continued his tear on his second stint – until losing control and crashing at Pfianzgarten at 260km/h. He escaped unhurt.

It remains fastest car to lap the Nurburgring solely on combustion power.