The new Ferrari 296 GTB-based race car will replace the 488 GT3 and arrives without the road car’s hybrid system.

One year on from the reveal of the road-going Ferrari 296 GTB, we can now see the race version – the new Ferrari 296 GT3. Ferrari says the car has been “meticulously designed in every detail and from every angle, in compliance with the new GT3 regulations”, but despite that there’s still plenty shared with the road car. 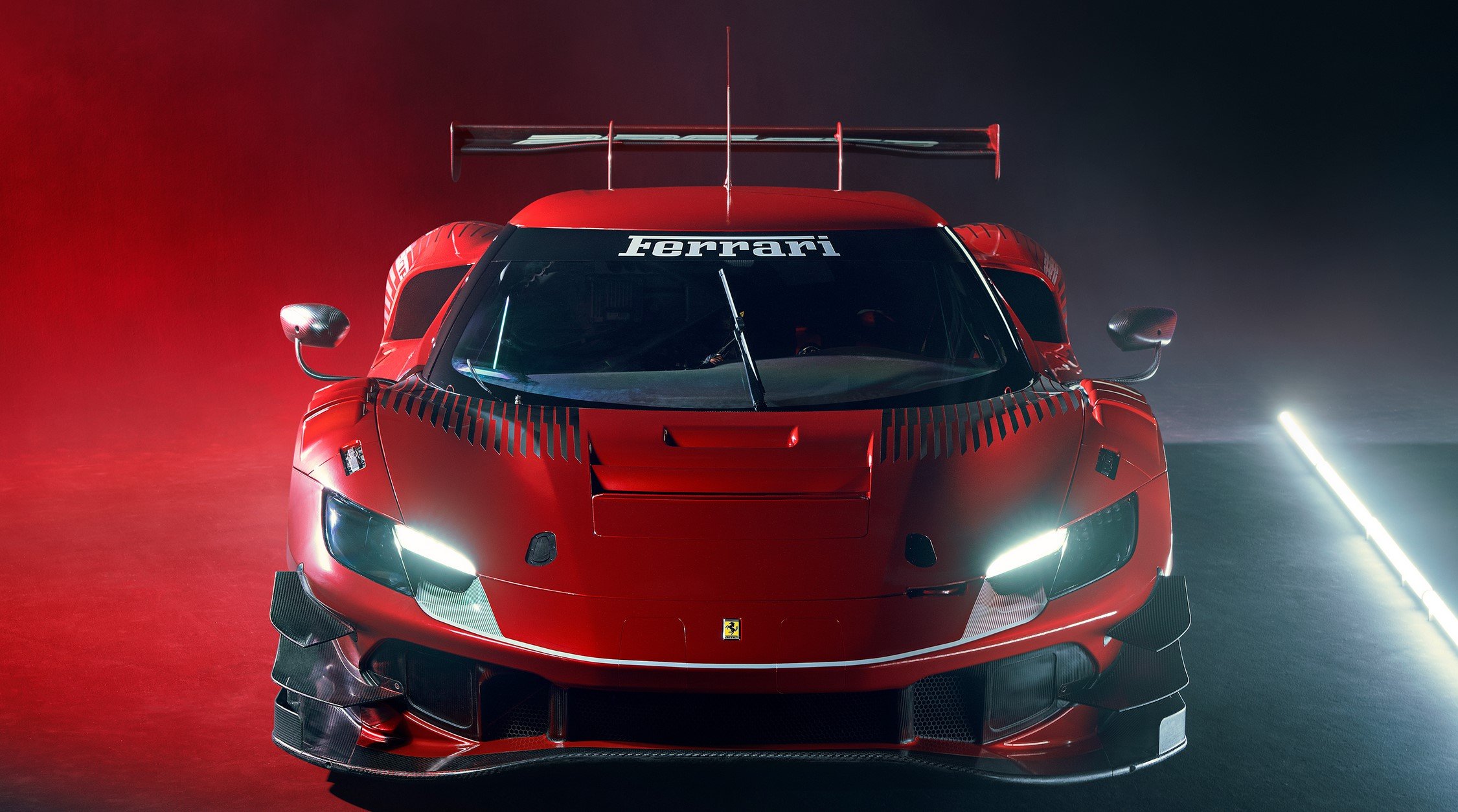 To meet regulations, the 296 GT3’s 3.0-litre, twin-turbocharged V6 has been detuned from 610kW to 447kW. Torque has also fallen from 740Nm to 710Nm. Some of this loss of power can be attributed to Ferrari ditching the electric power unit from the GTB. However, Ferrari claims the GT3’s centre of gravity is lower due to having no hybridisation. The engine is mated to a new, GT3-specific, sequential six-speed gearbox.

The power isn’t the only thing to decrease over the road car as the GT3 is 220kg lighter at 1250kg. The suspension is double wishbone front and rear with aluminium uprights and five-way adjustable dampers. The GT3’s wheelbase is also longer than the road car’s, which should help with stability on track. The wheels have shrunk from 20-inch to 18-inch and they sit over 400mm brake discs at the front with six-piston calipers and 332mm discs at the rear with four-piston calipers. The aerodynamics of the 296 GT3 are aggressive to say the least. There’s 20 per cent more downforce compared to the old 488 GT3 model, created by a huge ‘swan-neck’ wing, front splitter, vents in the front wings, covered engine bay and a reworked diffuser. The wing mirrors are also reshaped to reduce drag.

The cockpit has been designed with input from Ferrari’s factory drivers. Inside we see a Formula One-style steering wheel, Sabelt seats, adjustable pedals and air-conditioning. There are also various digital readouts and plenty of exposed carbon fibre.