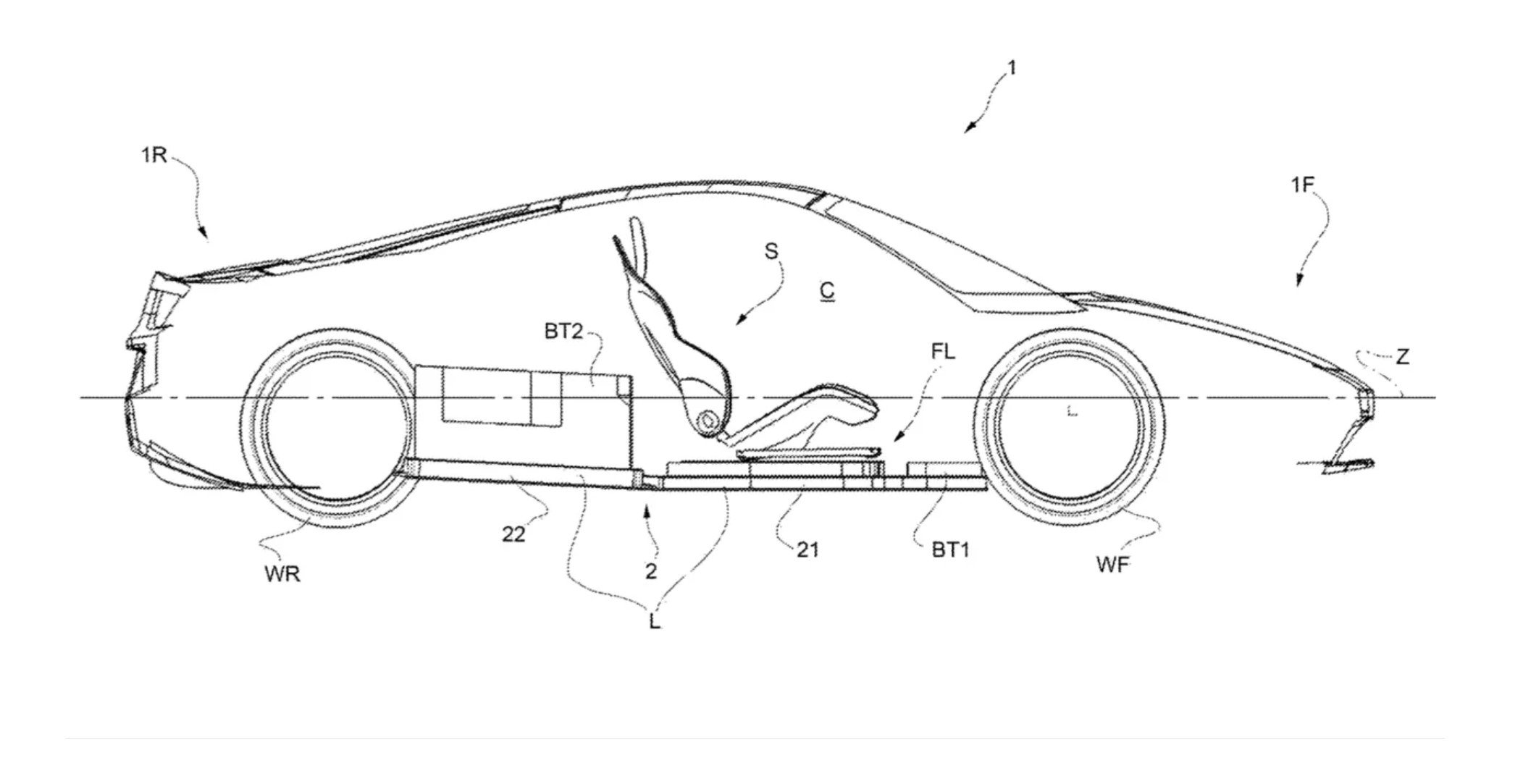 Mid-way through last year, Ferrari’s CEO John Elkann confirmed that the company would launch its first pure-electric sports car in 2025. It seems Ferrari is steaming ahead with the development process, as the Italian car maker has just filed a patent for a new electrified sports car platform, which we expect will underpin its upcoming EV rival for the Tesla Roadster.

Ferrari’s patent application is for a floorpan and chassis, which has space for two battery packs. There’s a larger unit mounted in the rear of the vehicle and a wide, flat pack fixed beneath the passenger compartment, which has been shaped to leave enough space for the occupants. Both batteries are fixed to their own floor section, which is separate from the vehicle’s main chassis and bolted into the car from underneath. The shape of the prototype in Ferrari’s patent sketches also suggests its first full-electric model won’t stray too far from the design language set out by its combustion-engined vehicles. The battery pack and electric motors will be housed in the rear of the vehicle, occupying the space usually allocated for the combustion engine and gearbox.

Even though Ferrari’s patent drawings show this new platform has been designed with fully electric powertrains in mind, the company says it has left enough space in the proposed architecture for a hybrid sports car featuring a combustion engine to be based on the same underpinnings. It’s possible that we could soon see another low-slung hybrid model from Ferrari in the middle of the decade, around the same time the company launches its first EV.

Ferrari says that there’s enough space in both the front and rear of the platform to put a combustion engine. But, judging by these images, this platform will have a similarly shaped front end to the F8 Tributo and 296 GTB, which means there won’t be anywhere near enough space for a petrol engine up front.

However, if Ferrari does slot a combustion engine into this proposed platform, it’s likely it would be located behind the passenger compartment, with the limited space up front used to house an electric motor.