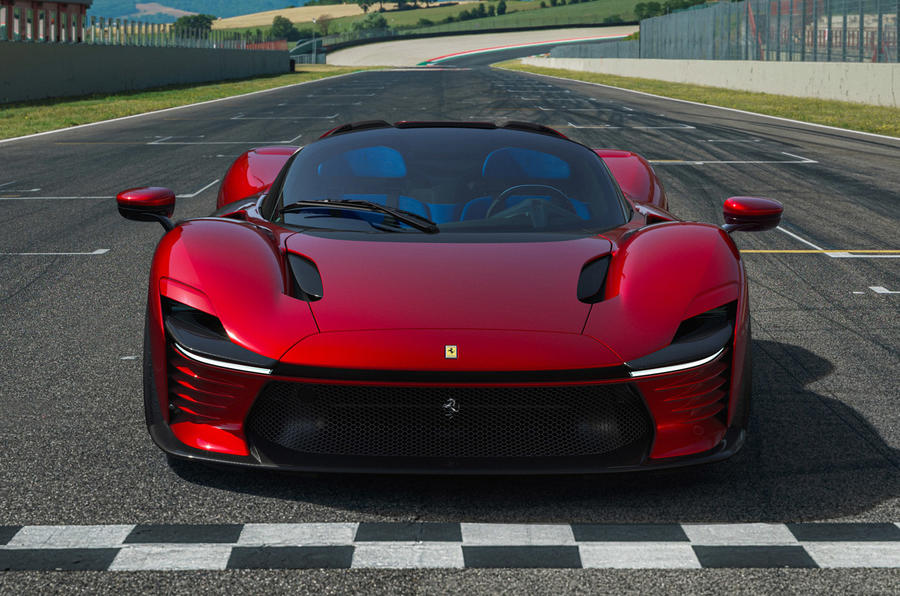 Ferrari is set to expand its range of ultra-exclusive Icona models following the launch of its new €2 million (AUD$3.11 million) Daytona SP3 – but it is not yet ready to admit which generation will form the basis of its next project.

The V12-powered Daytona is inspired by the Ferrari sports prototypes that raced in the late 1960s and early 1970s, and follows in the wake of the Monza SP1 and SP2, which took their barchetta cues from cars such as the 750 Monza sports racer of the 1950s. At the launch of the new Daytona in Florence, Ferrari’s leaders made it clear there’s room for further expansion of the Icona range, with chief communications and marketing officer Enrico Galliera saying there are “four or five potential concepts we could work on”.

The idea to use inspiration from iconic sports prototypes such as the 330 P3/4, 412 P and 512 S was proposed by Ferrari’s head of design, Flavio Manzoni. “I have a special passion for this one,” he said. “There are many other intriguing concepts for the future. The richness of Ferrari is very high and the sky is the only limit.”

The limited-run Icona series is designed to appeal directly to Ferrari’s regular customers and adopts a novel approach, as the models are led by style and design rather than ultimate performance. “This is not a supercar,” said chief technical officer Michael Leiters of the Daytona, which is based on an evolved version of the LaFerrari Aperta’s chassis. “A supercar is the pinnacle of technology. When we produce a new supercar, we always introduce new technology. Here, we are not looking at the pinnacle of performance. The driver is more central, which is why it is so welcome for the collectors. This is not a special version of LaFerrari.”

Manzoni is highly resistant to the idea that the Icona series should be considered nostalgic, despite the cars drawing on Ferrari’s rich heritage for inspiration. “It’s really hard to fight against this tendency in the world,” he said. “Look at music. How many retro songs are there? It’s so strong, this desire and need to come back to a probably more comfortable situation and set of values, and of course the culture of the company can be influenced by that. So I have to work against this idea many times.

“It’s fine if you are working on an Icona project to get inspiration from the past and the heritage, but without losing the vision and approach. In the last years, so many have asked: why don’t you make a modern version of the 250 GTO, for example? My answer is always the 250 GTO is a sum of its age. That form was configurated that way because there were certain conditions, the technical development and aerodynamics were not sophisticated as they are today, and it’s correct that way.”

Manzoni is dismissive of the trend for restomods, which he considers “banal”. “This is obvious, low level,” he said. “A certain level of innovation is very important. With the Icona project, we had the opportunity to build this bridge between the past, present and the future. In this case, you can see how it is possible to connect the beauty of our heritage with a modern vision.”

At the launch, the language used to describe the new car included words such as “analogue” and “pure”, with the Daytona carrying the tagline of “back to the origins of driving pleasure”. At 618kW, the car’s engine hits a new record in Ferrari’s V12 power stakes, but Leiters said ultimate numbers are not the point for a range that majors on driver experience.

When Automotive Daily’s exclusive partner Autocar asked him whether Icona is also a means of prolonging the existence of V12 power in an age of electrification, he said: “I think so. It’s a good opportunity, it’s matching 100% our customers’ requirements and it has a limited impact on the discussion of CO2 [because only 599 Daytona SP3s will be made].

“I personally believe we have to fight for this engine. From a technology point of view, it’s not the most efficient. A V8 turbo could make it better in terms of performance. But from an emotional point of view, it’s the best you can have. On power, 829bhp (618kW) or on the [Pininfarina] Battista 1900bhp (1417kW)– who cares? You get thrilled if you are a good driver with either. If you are a normal driver, you get scared if you put the pedal to the metal.”

Leiters was asked why, if the driving experience is key, the Daytona SP3 isn’t fitted with a manual gearbox rather than a quick-shifting version of the 812 Competizione’s seven-speed automatic. “Even if this is a pure car, it’s not a nostalgic car,” he replied.