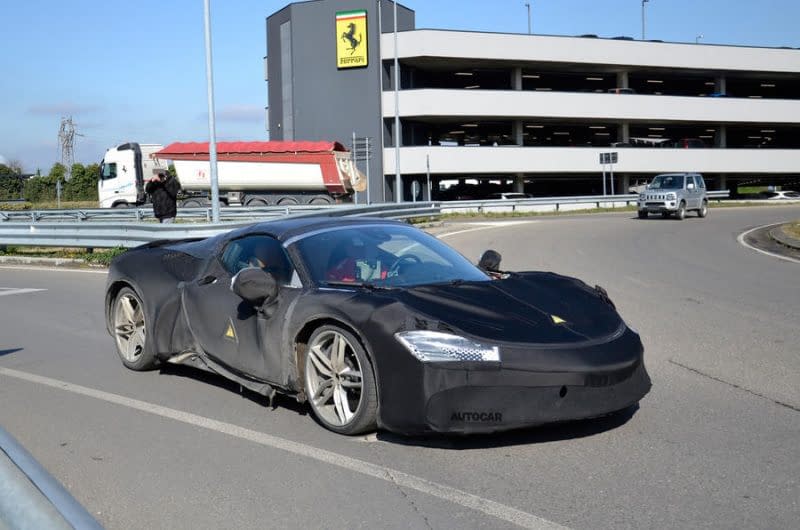 Camouflaged mule spotted as Ferrari prepares to restart production; will be most powerful convertible.

As Ferrari ramps up its ‘Back on Track’ scheme to restart production following the coronavirus outbreak, new images show what appears to be a drop-top version of the brand’s new SF90 Stradale hypercar testing in Maranello.

The mule seen here wears extensive camouflage, but tell-tale clues as to its SF90 underpinnings are its cab-forward stance, C-shape headlights and centrally mounted tailpipes. The relocation of the radio antenna from the roof to the rear deck is a sure sign that this is the Spider variant.

Like the recently launched 812 GTS and F8 Spider, any convertible version of the SF90 can be expected to pack the same powerplant as its hardtop sibling. That means underneath all the camouflage will be a 735kW hybrid powertrain that combines Ferrari’s trademark twin-turbocharged V8 with a trio of electric motors for all-wheel drive and a 0-100km/h time of 2.5sec. 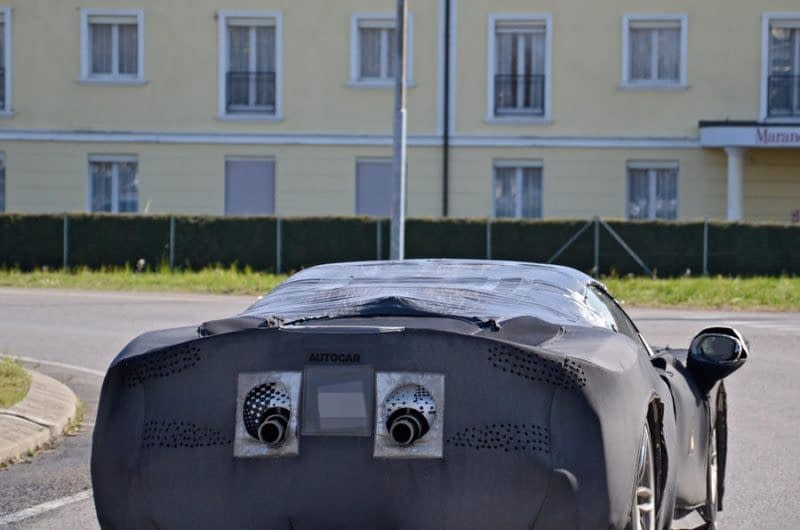 Such statistics would make the SF90 Spider the most powerful production convertible on sale – a title only recently claimed by the 588kW 812 GTS. Ferrari’s most powerful convertible to date, the 2017 LaFerrari Aperta, produced 708kW.

As is the case with all convertibles, however, the SF90 Spider will likely incur a slight performance penalty as a result of its roof mechanism. Expect a 0-100km/h time of around 2.6sec and a top speed of around 340km/h. It should be able to cover up to 25 kilometres on electric power alone at speeds of up to 135km/h. 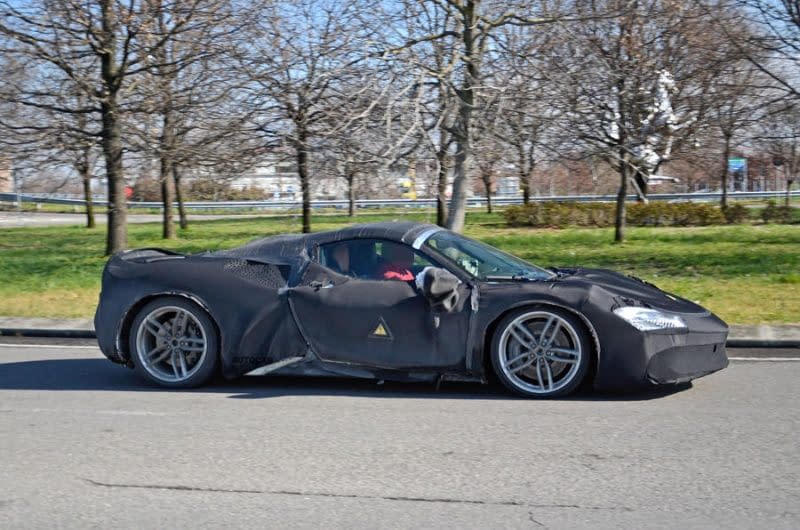 A date for the SF90 convertible’s unveiling is yet to be confirmed, but will likely not take place before the end of the year, given the extensive delays brought by the ongoing pandemic.

The Italian company launched five new models in 2019 and has plans to unwrap a further two before 2020 is out. Commercial chief Enrico Galliera recently told Autocar: “We’re always planning to do something more, and we intend to make some news. We will launch two new models by the end of the year.” 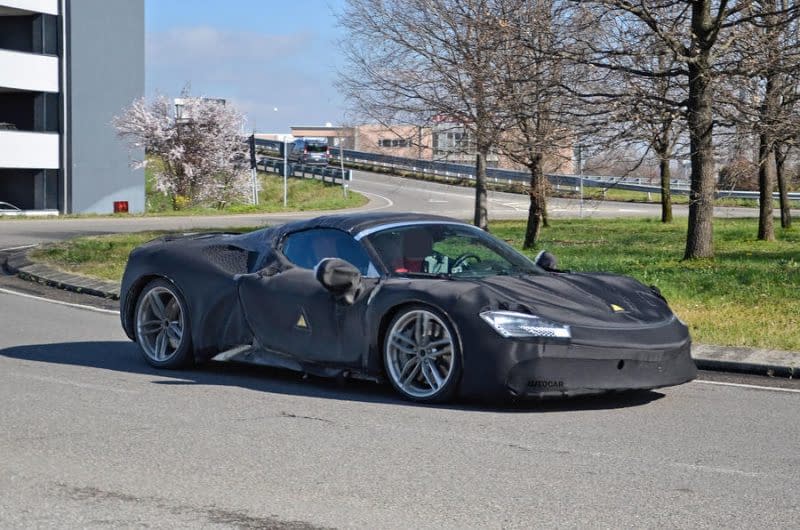 It remains to be seen if these planned unveilings will go ahead as scheduled, but Ferrari has confirmed plans to restart production on 3 May and could well go ahead with its expansion.