Channelling Italy’s glamorous La Dolce Vita period of the late 1950s and 1960s, Ferrari’s newest model is the understated but elegant Roma. Available now to order, with first Australian deliveries expected towards the end of Q1 2021, the Roma starts at $409,888.

Based on the Portofino’s chassis, though Ferrari says that 70 percent of components are new, the Roma is a front-engined V8 GT that occupies a new space within the Maranello marque’s range. The 3855cc twin-turbocharged V8 is familiar from both the Portofino and the GTC4 Lusso T, and like in those models, it’s mounted behind the Roma’s front axle line for front-mid-engined classification. The V8 is in its most-powerful tune in the Roma, making 456kW, up from 441 in the Portofino and 449 in the GTC4 Lusso T. For those who know their Ferrari power figures, you’ll recognise the 456kW maximum as matching that of the V12-powered 599 GTB. 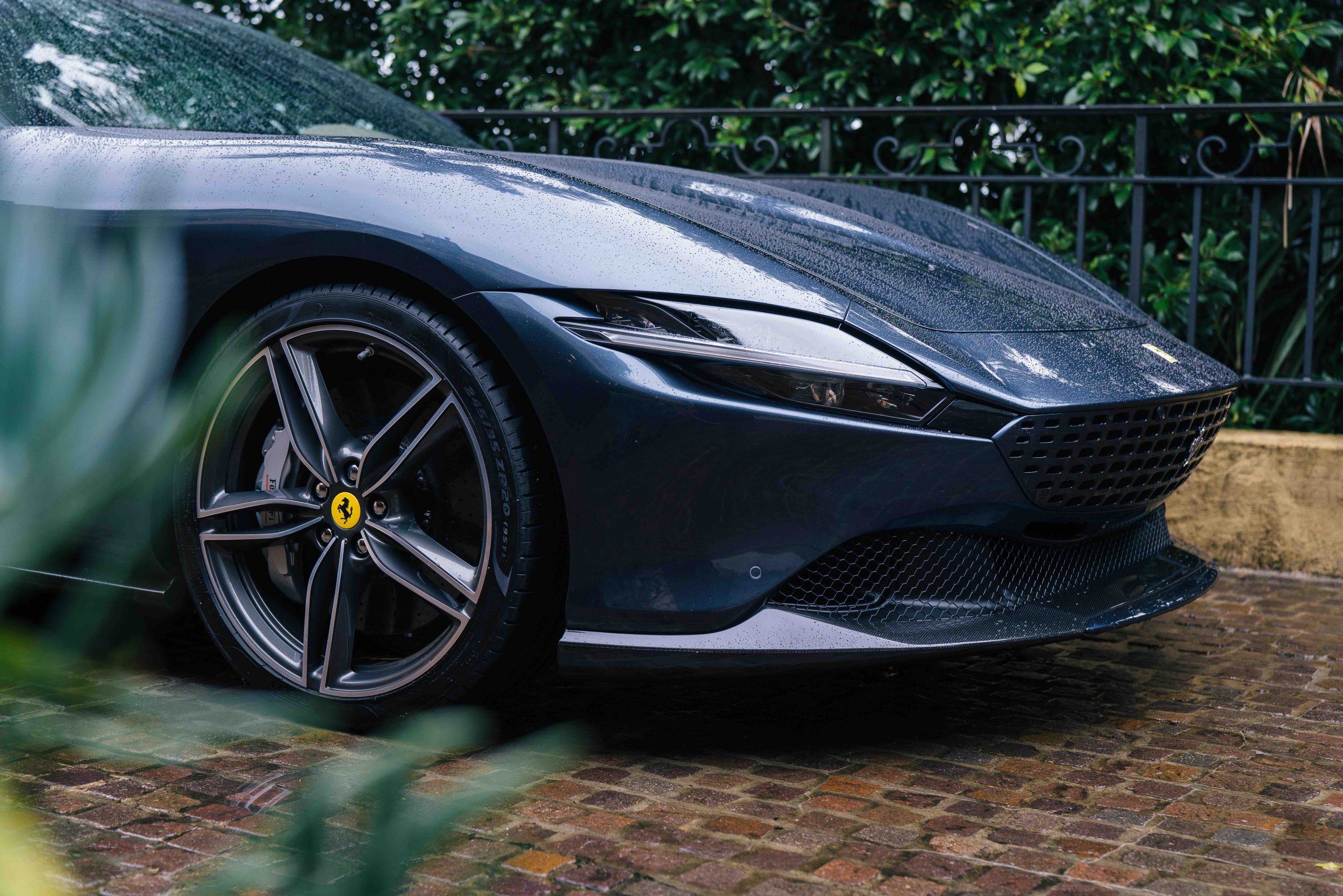 Peak power is available from 5750-7500rpm, while the 750Nm torque max is on tap from 3000-5750rpm. With a 1570kg kerb weight, the Roma boasts a power-to-weight ratio of 290kW per tonne. Launch control helps the Roma sprint to 100km/h in 3.4 seconds, 200km/h in just 9.3 and on to a top speed of 320km/h. Though the Roma is pitched as possessing understated elegance, there’s nothing understated about its performance. The engine is backed by an eight-speed dual-clutch gearbox that is familiar from the SF90, with power ultimately transmitted to the tarmac by the 285/35 ZR20 rear tyres (fronts are 245/35 ZR20). Massive carbon-ceramic rotors (390mm front, 360mm rear) are standard. The performance of a new Ferrari is a given, but the very understated styling of the Roma is more out of the ordinary for a modern offering from the brand. According to Ferrari, the styling is pared back to reflect the classic aesthetic of legendary models such as the 250GT Lusso and 250 GT SWB. The long bonnet, jutting shark-like nose and fastback tail certainly hark back to a bygone era for Ferrari. Underscoring the subtleness of the design, Ferrari has chosen to leave off the famous shields that usually adorn the front guards of all of their models, though they remain an optional extra. The rear badge is also smaller than that used on other models in the range. Ferrari Australasia expects that up to 70 percent of Roma customers will be new to the brand, citing likely conquests coming from Aston Martin (DB11) and Bentley (Continental GT), with a smaller group coming across from Porsche (911 Carrera S and Turbo). Priced at $409,888, the Roma easily slots into that group, with the Aston Martin DB11 starting from $375K for the V8 or just on $400K for the V12, and the Bentley Conti GT from $401K for the V8 and $422K for the W12. The Porsche Carrera S is substantially less expensive at $275K, but the Turbo S tops out at $473,900.