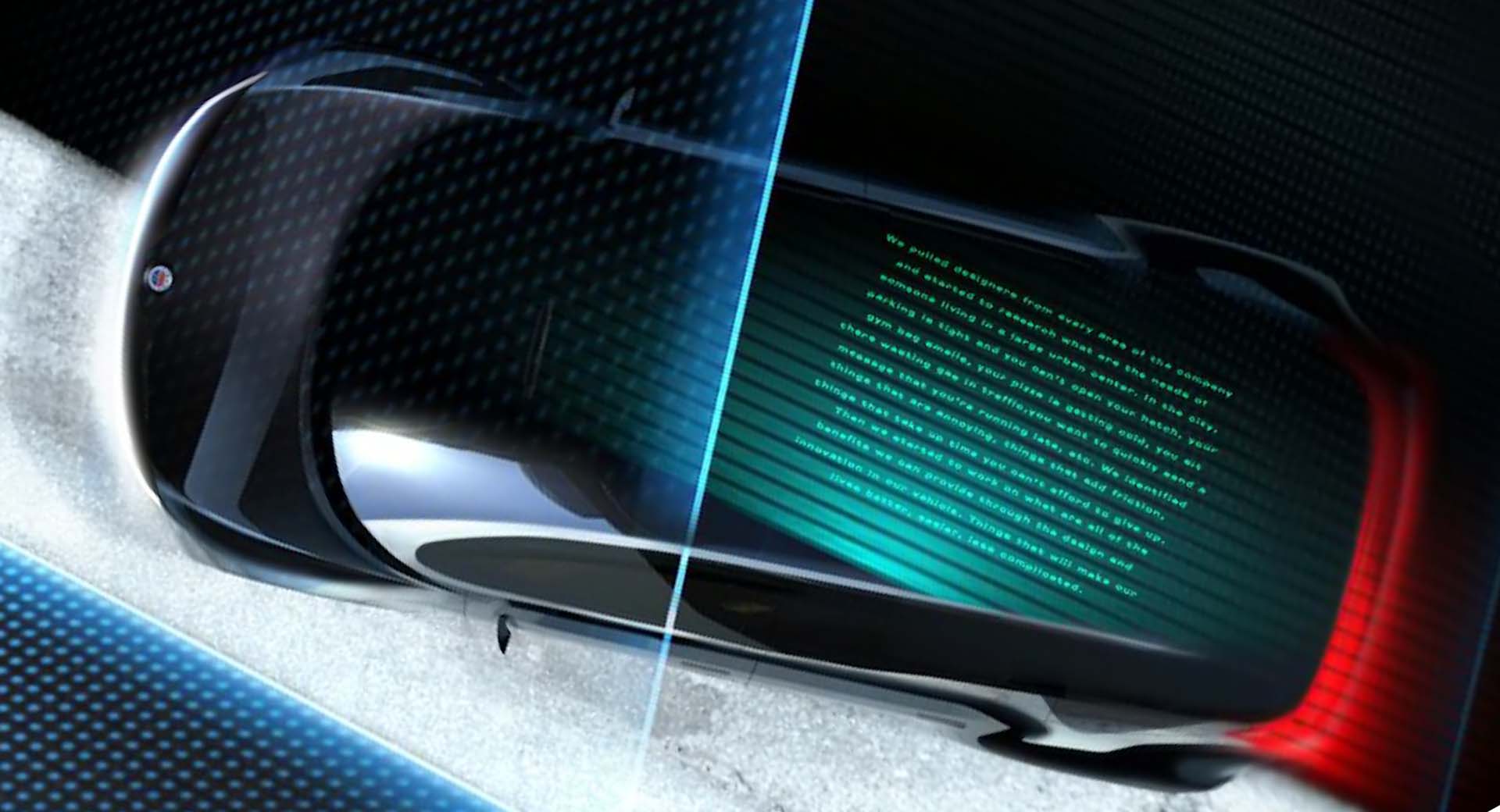 Fisker has given us our first look inside the new Volkswagen ID.3-rivalling Pear EV.

American electric car manufacturer Fisker has revealed new details of its new Pear EV, along with interior imagery. Due to make its debut in the second half of 2023, the Fisker Pear will follow the Ocean as the firm’s second all-electric model and third overall after 2011’s Karma hybrid.

This new interior image suggests the Pear (an acronym for Personal Electric Automotive Revolution) will take on the minimalist design of its larger sibling – the Ocean. Like on that car, there’s a huge central infotainment screen which could potentially rotate portrait to landscape, almost no physical buttons and a Fisker ‘SolarSky’ panoramic roof. The Pear also looks like it’ll have a low belt-line, improving visibility. We’ve also seen what the exterior of the Pear could look like thanks to a teaser image from Fisker. There’s a large lower grille with what could be a radar system embedded, the headlights are thin, leading into an illuminated Pear logo – and there’s also a similarly back lit Fisker badge on the bonnet. The flared wheel arches give the Pear a wide stance and there are digital camera wing mirrors.

The battery on Fisker’s flagship Ocean model has a capacity of more than 80kWh and range upwards of 560km – so we expect a smaller battery size in the Pear. We do know the Pear will come with two battery offerings and Fisker claims a range of over 500km for the larger ‘Hyper Range pack’. Fisker has teamed up with Chinese electronics giant Foxconn to produce the Pear SUV. Foxconn recently diversified from Apple iPhone production to produce the Model C, a compact SUV of a suspiciously similar size and shape to the Fisker Pear. It’s powered by a 58kWh battery pack and a 100kW electric motor, so it’s likely that Fisker will simply adopt Foxconn’s electric platform and powertrain rather than develop its own.

This range, coupled with its size will make it a rival to other five-seat EVs such as the Volkswagen ID.3, Cupra Born and Renault Megane E-Tech Electric, although Fisker says it won’t fit in any existing segment. It’ll also sit on a new platform, which Fisker says will eventually form the basis for two further models.

Fisker hasn’t yet confirmed when it will enter the Australian market but has previously said it is keen on offering models here as it will be producing vehicles in right-hand drive for the UK.