Ford has shown off a one-off electric reworking of its venerable 1978 Ford F100 pick-up truck at the Los Angeles motor show – following its debut at CES earlier this month. 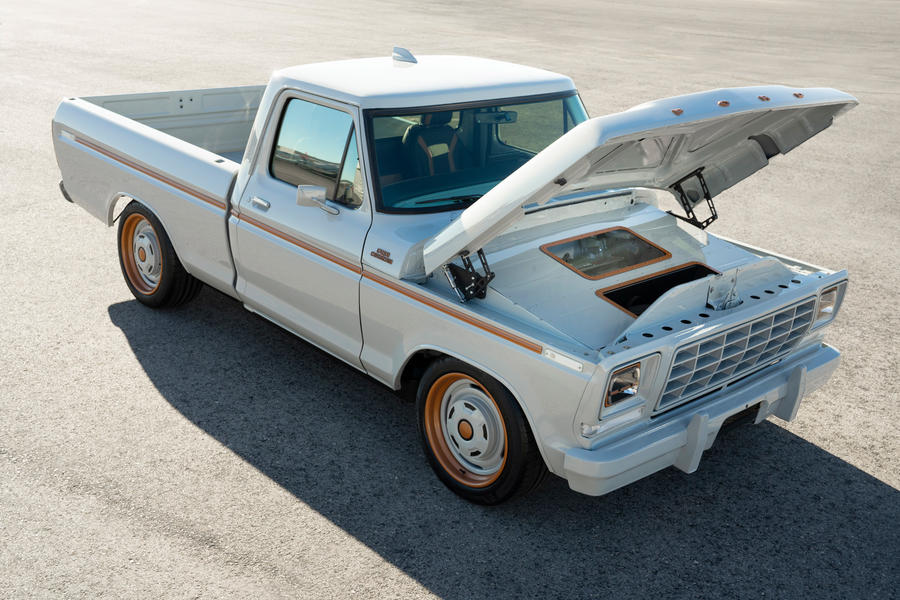 Engineered by Ford’s Performance division, the Eluminator sits on a custom chassis created by renowned hot rod builders the Roadster Shop and was built in collaboration with MLe Racecars, which previously helped produce the Mustang Cobra Jet 1400 EV dragster. With the exception of the lowered suspension, custom-built Forgeline three-piece aluminium wheels and Avalanche Grey over Cerakote Copper paintwork, the exterior remains relatively unchanged, giving little indication of the concept’s performance potential. The interior features a billet aluminum dashboard, with avocado-tanned leather upholstery and a more modern infotainment system borrowed from the Mach-E. 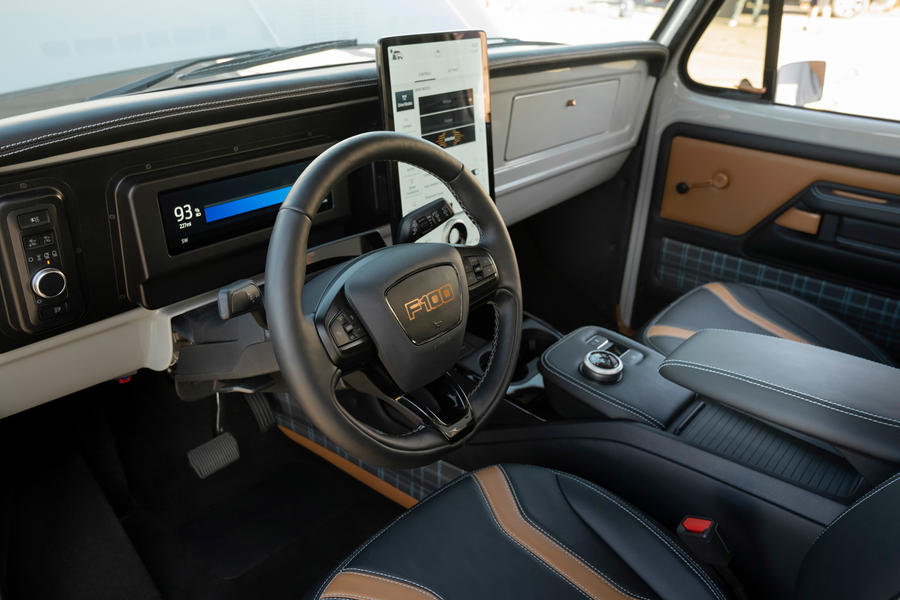 The concept has been built to showcase Ford’s Eluminator electric ‘crate motors’ – which are now available to order from the factory. Taken from the Mustang Mach-E GT, the motor is the first electric performance part that Ford has released. The E-crate motor – a pair of which are deployed here – produces 209kW and 430Nm.

The motor is available for $3900 (AUD$5,000) and is targeted at custom car builders who are “looking for a transverse-oriented powertrain to electrify a range of vehicles from modern to vintage cars, trucks and SUVs.” 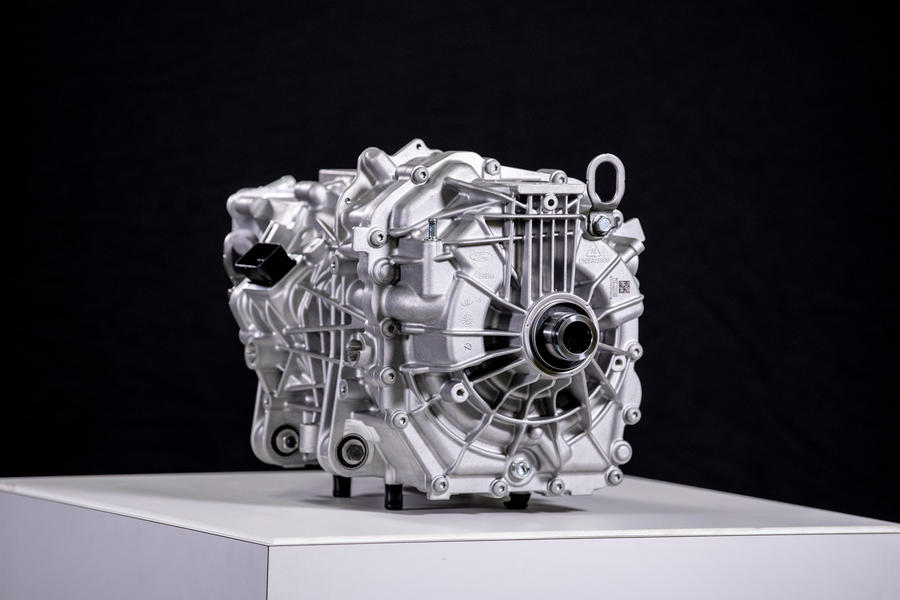 “The fact is electric performance is fun, and as the industry moves toward electric vehicles, motorsports and the performance aftermarket will, too,” said Mark Rushbrook, global director of Ford Performance. “Just as Ford is committed to leading the electric revolution on the product side, Ford Performance is equally committed to winning on the performance and motorsports front.” This isn’t the first Ford to showcase the brand’s vision of high-performance electric vehicles. A Shelby Mustang Mach-E GT concept was unveiled simultaneously, along with a whole host of other modified Fords.