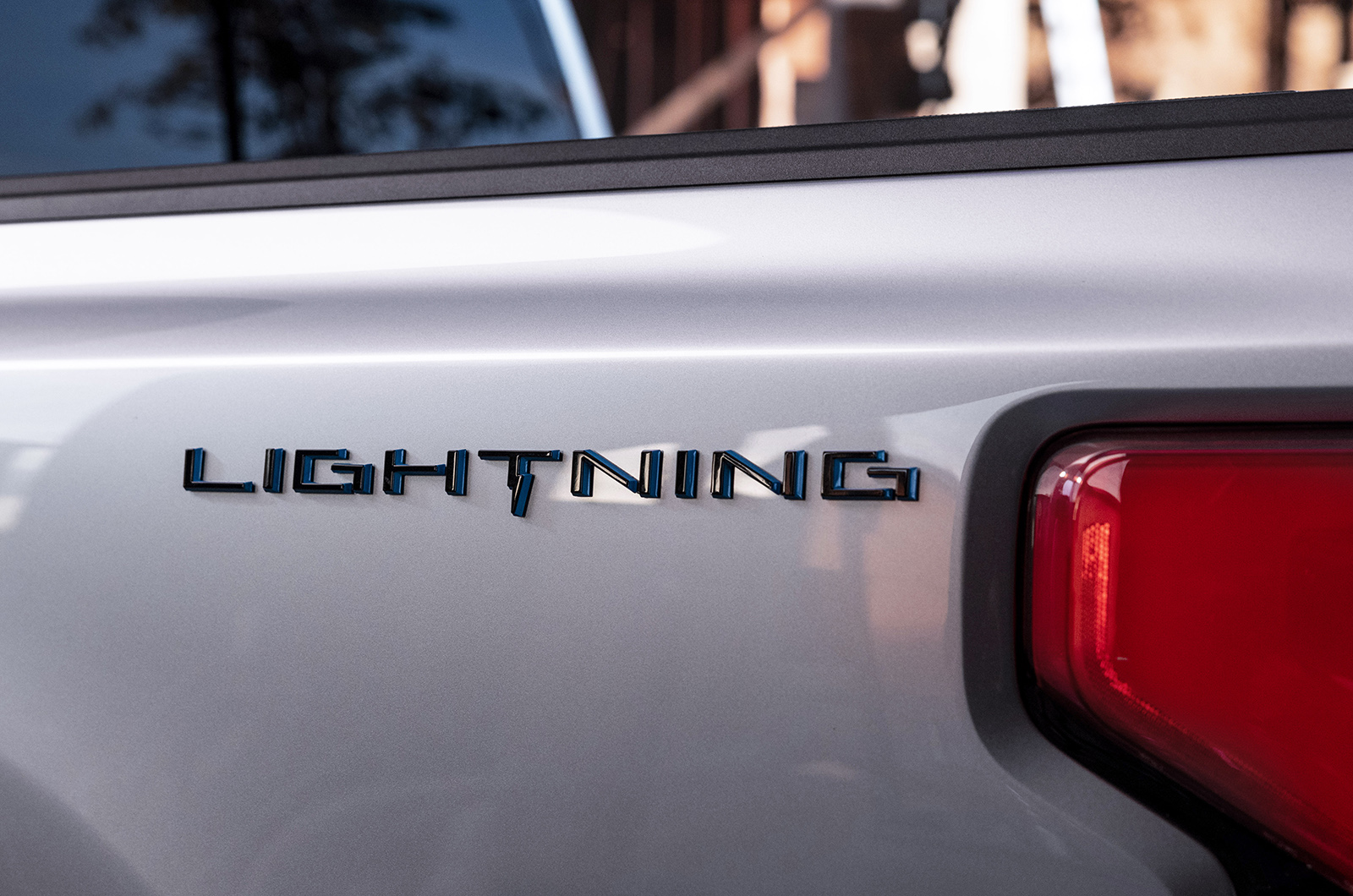 Ford will revive the F-150 Lightning name for the first electric version of its hugely successful pick-up truck, which will be revealed next week.

The new battery-electric version of Ford’s best-selling model in the US is considered key to the firm’s electrification targets. It will rival the likes of the forthcoming Tesla Cybertruck when it goes on sale in the US in 2022.

The heavy-duty EV will revive the Lightning badge, which was previously used in the 1990s for a number of road-focused performance versions of the F-150. That follows a trend to revive classic names for EVs set by Ford with the Mustang Mach-E electric SUV.

Ford has yet to reveal technical details of the F-150 Lightning, but the firm has promised it will offer the “power, payload and towing capability that is the hallmark” of all Ford pick-ups.

“America’s favourite vehicle for nearly half a century is going digital and fully electric. The F-150 Lightning can power your home during an outage, it’s even quicker than the original F-150 Lightning performance truck and it will constantly improve through over-the-air [software] updates.”

The truck will be built at the Ford Rough Complex in Dearborn, Michigan, US.

Ford’s F-Series of pick-ups launched in the US in 1948, and the new model due in 2022 will be the 14th generation. Ford sold more than 730,000 F-Series trucks in the US last year. However, they’re not offered for sale in Australia