Ford has unveiled a new special edition of its GT Supercar, inspired by its iconic ancestor’s first endurance win in the 1966 Daytona 24 Hour Continental race.

The win, which was captured in the 2019 film Le Mans ’66, began a magical season for the GT40 Mk II, with additional wins at Sebring and Le Mans. The GT Heritage Edition is the first GT to feature a livery famous for a race other than Le Mans.

The model is marked out by a white-black-and-red exterior that mimics the look of the 1966 Daytona-winning car, with red accents on the front fascia, roof leading edge and driver’s side door and underneath the rear wing. An exposed carbonfibre bonnet contrasts with a mainly white body, while signature 98 roundel graphics complete the parallels between this car and the GT40 Mk II, which famously sported the number. The GT Heritage Edition retains the standard GT’s 3.5-litre V6 engine, generating 475kW, which is relayed to the rear wheels through a seven-speed automatic gearbox. This allows the car to sprint 0-100km/h in around 3.0sec and hit a top speed of 348km/h. 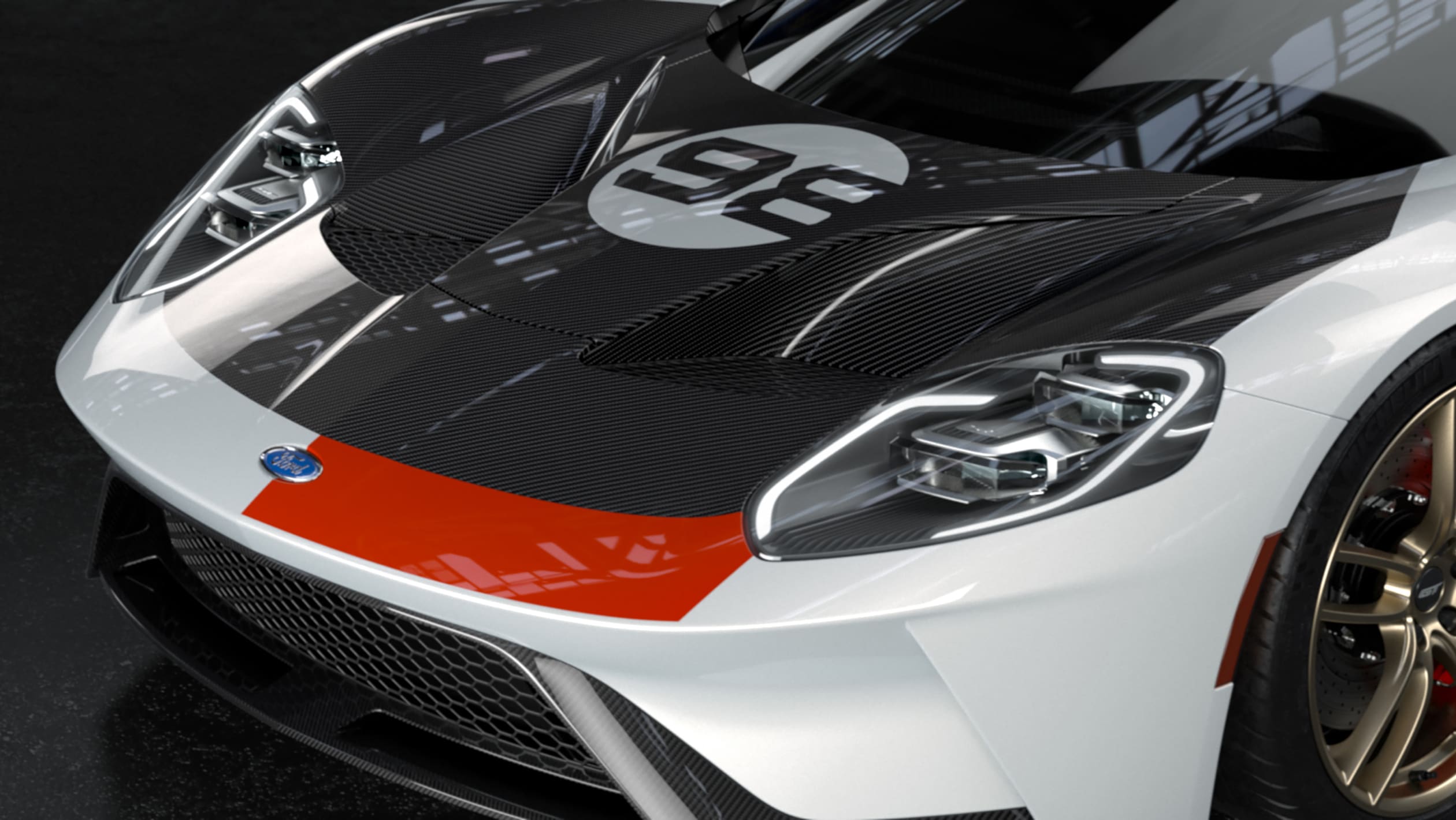 Ford GT programme manager Mike Severson said: “For this Heritage Edition, the Ford Performance team went deeper into the Ford GT’s race history and crafted a limited-edition model that stylistically honours the 55th anniversary of the Daytona 24 Hour endurance race that would eventually lead to our successes at Le Mans.” Alongside the GT Heritage Edition, Ford has also revealed a new GT-specific graphics package, which allows customers to customise the colour of more areas of the GT, including its functional cooling ducts. The Studio Collection package will be rolled out on 40 GTs across the 2021 and 2022 model years.