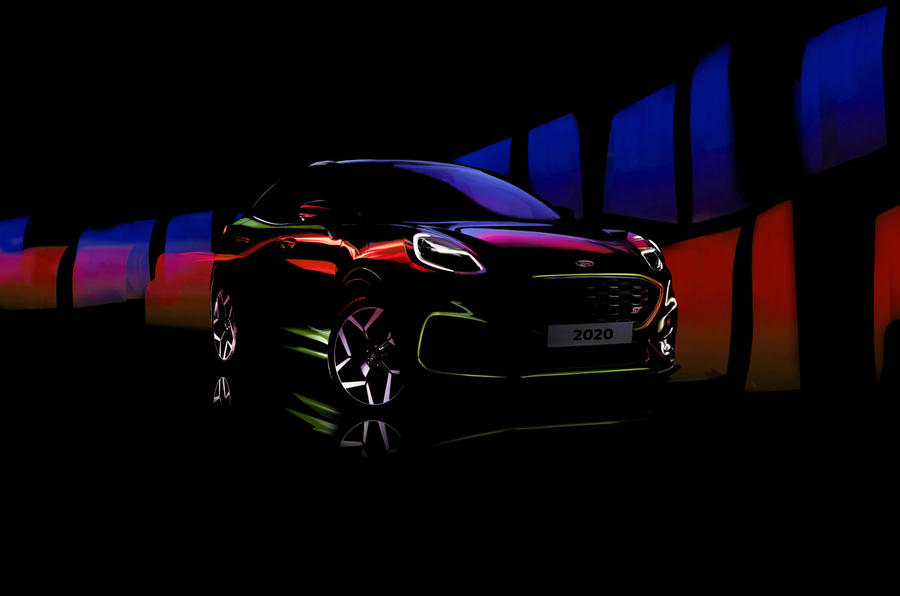 Ford has confirmed that a hot ST version of its new Puma crossover will be unwrapped on 24 September.

A preview video (below) confirms the Hyundai Kona N rival’s performance-inspired bodywork will bear a strong resemblance to recently spotted prototypes of the model. A short clip of its engine note at the end of the video sounds similar to the Fiesta ST’s turbocharged three-cylinder motor.

The sound of something exciting, from the people who helped make it. Coming September 24th.#PumaST pic.twitter.com/S3le5UQnMf

The Puma ST will be largely told apart from the standard car with a subtle bespoke bodykit and wheels shared with the Fiesta ST, from which it will likely take its powertrain.

This 1.5-cylinder three-cylinder engine puts out 147kW and 290Nm, enough to send the hot supermini from 0-100km/h in 6.7sec and on to a top speed of 232km/h. The larger, higher-riding Puma will likely make some slight performance sacrifices.

Prototypes seen lapping the Nürburgring sported a prominent lower bodykit that extended around the car from a splitter-style front bumper to a new rear bumper that houses twin tailpipes.

Additional upgrades look to include lower, stiffer suspension and bigger brake discs, while an optional limited-slip differential, selectable driving modes and a launch control function will likely be available.

The Puma is the third model in Ford’s European line-up to receive an ST version and the brand’s first hot SUV to launch here. It will take on the similarly conceived Hyundai Kona N and Hyundai HR-V in the developing performance compact SUV segment.

Cupra unveils a new Formentor flagship with a familiar five-cylinder and a halo status. Cupra has revealed a new limited-edition flagship variant of its Formentor...
Read more
Facebook