The landmark car-making tie-up between Ford and Volkswagen will begin to bear fruit in 2023, when the US manufacturer kick-starts its bold European EV offensive with a locally produced and regionally focused crossover to sit beneath the Mustang Mach-E.

Arriving in line with the Blue Oval’s ambition to fully electrify its European range by 2030, the crossover will be the first EV built at Ford’s $1 billion (circa AUD$1.3 billion) Electrification Centre in Cologne, Germany. It is set to be produced initially alongside the Fiesta supermini, which is scheduled to end its current life cycle in 2024 or 2025.

The new crossover will be the first Ford to use the Volkswagen Group’s MEB EV platform, as part of a long-term strategic partnership between the two firms that will also result in Ford building commercial vehicles for the German brand.

More specifically, the new Ford will share the bulk of its underpinnings with Volkswagen’s ID 4 crossover, rather than its shorter ID 3 hatchback, which paves the way for a line-up comprising a wide variety of battery capacities, power outputs and driveline layouts. 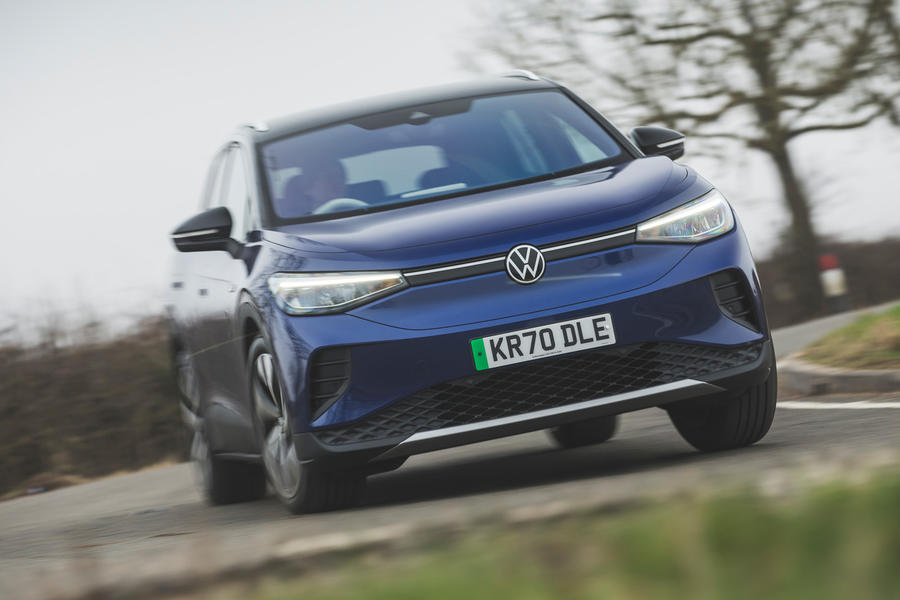 The Ford crossover, which is set for a reveal in the first half of 2022 before its 2023 market introduction, will adopt a similar low-slung, two-box silhouette to its Zwickau-built sibling. As such, it is tipped to make a significant departure in its design from the flagship Mach-E, with straighter and more prominent body creases among its defining features.

Ford of Europe boss Stuart Rowley revealed recently that he will leverage Ford’s American heritage as a point of differentiation from rival firms, which is likely to influence the styling of the new EV.

“Ford is the only American brand in Europe now and that’s a unique position that we can build on. A lot of people are attracted to some of those characteristics and only Ford can bring products like that to the market,” he said, hinting that core US-market models like the new Bronco and Explorer SUVs could be used as the basis for European models, in much the same way as the Mach-E draws on elements of the Mustang.

Ford has still yet to confirm whether it will use a historically significant name for the new model, as it has done with the Puma, Mach-E and Bronco. Automotive Daily’s exclusive partner Autocar understands a final decision has yet to be made, but a revival of the Mondeo badge is highly unlikely.

It’s also understood that any performance variants, twinned with the new ID 4 GTX, won’t use Ford’s long-running ST or RS monikers, given the cultural weight they hold, particularly in European countries. Inside, the new Ford will take heavy influence from the recently revealed Chinese-market Evos crossover, which had previously been thought to succeed the Mondeo in Europe. 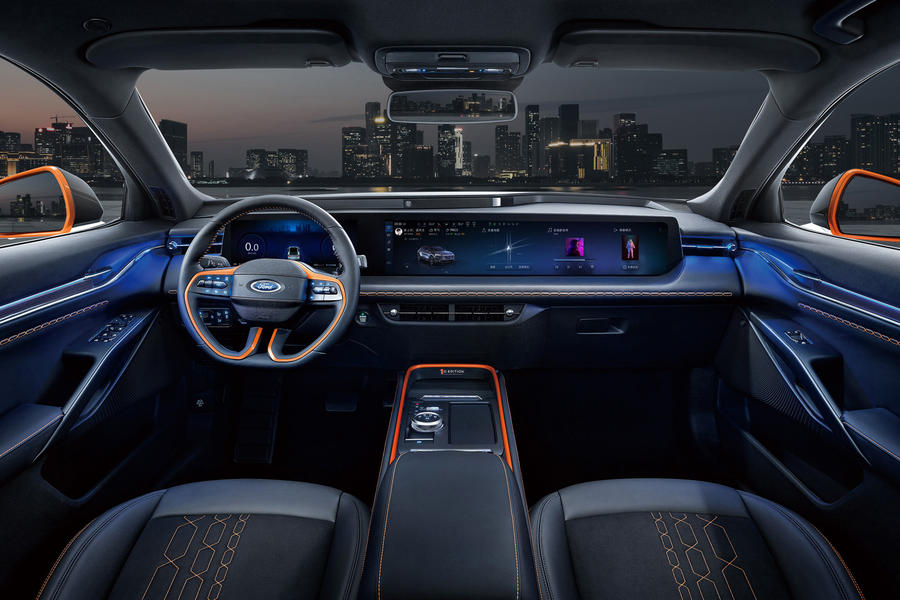 Notably, that car features a 1.1-metre, 4K infotainment display across the top of its dashboard, rather than a more conventional integrated item or even the Mach-E’s tablet-style touchscreen, with most physical controls removed. Ford is embarking on a wide-reaching transformation of its in-vehicle connectivity offering, with strategic partner Google providing its expertise in artificial intelligence, data and machine learning.

From 2023, all Ford vehicles will be fitted with an Android-based infotainment system, and the Cologne-built crossover is likely to be among the first to feature this.

In terms of powertrains, the new Ford is set to follow the ID 4 in offering both rear- and four-wheel-drive formats, with power output ranging from 109kW to 150kW in the standard model. The line-up could then be topped by a 220kW sports model, possibly badged GT, as with the most powerful version of the Mach-E.

A 52kWh lithium ion battery will provide around 343 kilometres of range as standard and offer charging rates of up to 100kW, while the optional 77kWh battery will extend the range to more than 480 kilometres and raise charging capacity to 125kW.

Ford plans to deliver more than 600,000 MEB-platformed electric cars between 2023 and 2029 and it has made no secret of the potential for a second or even third Volkswagen-based electric Ford.

Volkswagen Group boss Herbert Diess has previously suggested that a second car could “almost double” the supply of MEB components to Ford, suggesting a retained focus on mass-market appeal and accessibility.

There has been no indication of which Volkswagen Group model a follow-up Ford EV would be twinned with, but given Ford’s well-documented focus on expanding its SUV range, a likely candidate would be the affordable Volkswagen urban crossover that’s due around 2025, potentially as a replacement for the Fiesta.

However, Rowley has been quick to point out that “Ford has and will have its own global battery-electric platforms and we will use some of those in Europe also”, suggesting MEB-based cars will make up only a part of its EV line-up here.

Rowley acknowledged Volkswagen’s comparative strength in the mid-sized car segment as a key motivation for the partnership.