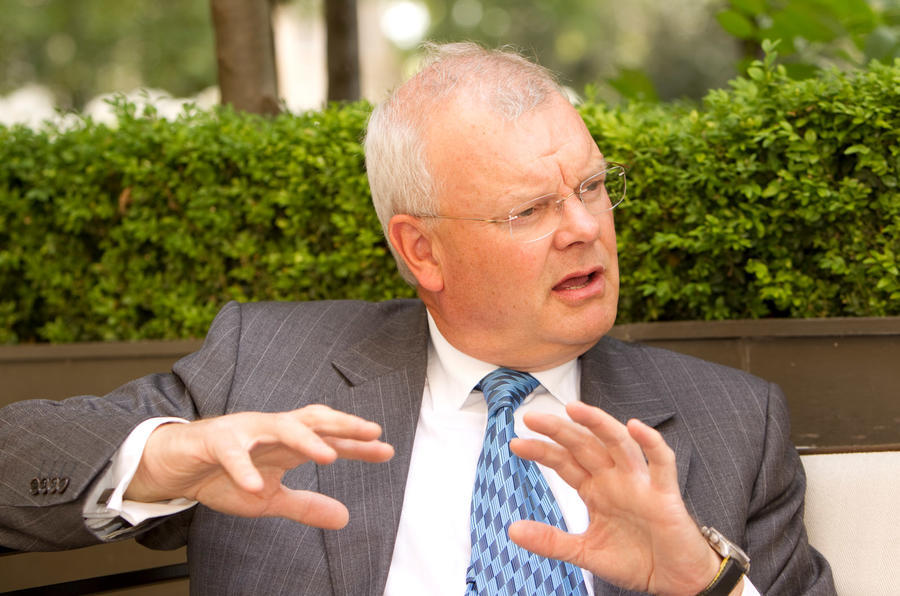 Richard Parry-Jones, Ford’s former group Vice President of global product development, has died in an accident on his farm in Wales.

Parry-Jones, who was 70, had a distinguished engineering career at Ford spanning nearly 40 years. He will be best remembered for bringing a new, much higher standard of vehicle dynamics to Ford’s European cars, starting with the Mondeo in 1993 and working through the range to the all-important 1998 launch of the Ford Focus, which set new standards for cars of its type across the world.

His secret weapon was always communication. Successive teams of young engineers were inspired by him, and the management he encountered (and later joined) were converted to his way of thinking by his unique combination of eloquence and exceptional engineering know-how.

Parry-Jones’ success led to his appointment as Ford’s chief technical officer, which put him in charge of 30,000 engineers worldwide. It also widened his influence to the many Ford-owned marques of the time, including Jaguar, Land Rover, Lincoln, Volvo and Aston Martin. The position also allowed him to spread his philosophy of dynamic excellence across Ford’s own global portfolio, where it continues to thrive today.

Unusually expert at making his points to journalists, Parry-Jones soon became well-known for a car evaluation procedure known as “the 50-metre test” which he reckoned was more effective for sensing a car’s true behaviour than driving at the limit on test tracks. In 50 metres, he said, a perceptive driver could know whether they were driving a good car or not. He also stated, convincingly and often, that it was far harder to engineer and develop a class-leading family hatchback than a mere million-dollar supercar.

The improvement of Ford’s vehicles through the 1990s and 2000s was highly influential on rival companies like Volkswagen, Renault, the PSA Group and Opel-Vauxhall: Parry-Jones’s benign influence also brought improvement to every one of his company’s major rivals. At one stage he was courted by VW’s Ferdinand Piech, but elected to stay with the company he had joined as a graduate trainee in 1969.

Parry-Jones, who won Automotive Daily’s exclusive partner Autocar’s Man of the Year award in 1994, retired from Ford in 2007 to follow a consultancy career, advising the Welsh Government on economic development, transport and energy matters and also becoming one of the founders of the Automotive Council, a highly effective vehicle for cooperation between the UK Government and the automotive industry. He was also chairman of the Marshall Motor Holdings dealer group.

Recently, Parry-Jones had re-joined the board of Aston Martin Lagonda, a company whose 1990s range of cars he had done much to improve, especially from the dynamic point of view. He was a lifelong rugby fan, a brilliant communicator and a loyal Welshman to the end.