Alfa Romeo Formula 1 drivers Kimi Räikkönen and Antonio Giovinazzi have been behind the wheel of the new 397kW Alfa Romeo Giulia GTA at the firm’s historic Balocco test track.

The pair were on hand to provide feedback to engineers regarding the super-sedan’s aerodynamic properties and handling set-up.

A new video (below) shows the car being driven in anger for the first time since it was revealed earlier this year.

Alfa Romeo’s Centro Stile design studio has taken inspiration from the original GTA’s best-known motorsport victories for a range of available liveries, including a yellow-and-red paint scheme that harks back to the 1971 European Touring Car Championship-winning car. Standard colours, including Trophy White, Montreal Green and GTA Red, are also available.

Alfa Romeo will build a total of just 500 GTA and GTAm versions of the Giulia, offering a raft of mechanical and dynamic upgrades over the current Quadrifoglio range-topper. The historic GTA nameplate – which stands for Gran Turismo Alleggerita, or lightened grand tourer – has been revived to indicate the new car’s lightweight construction and performance potential. Alfa referred to the car’s unveiling as “a momentous comeback”, signifying a return to performance car construction. 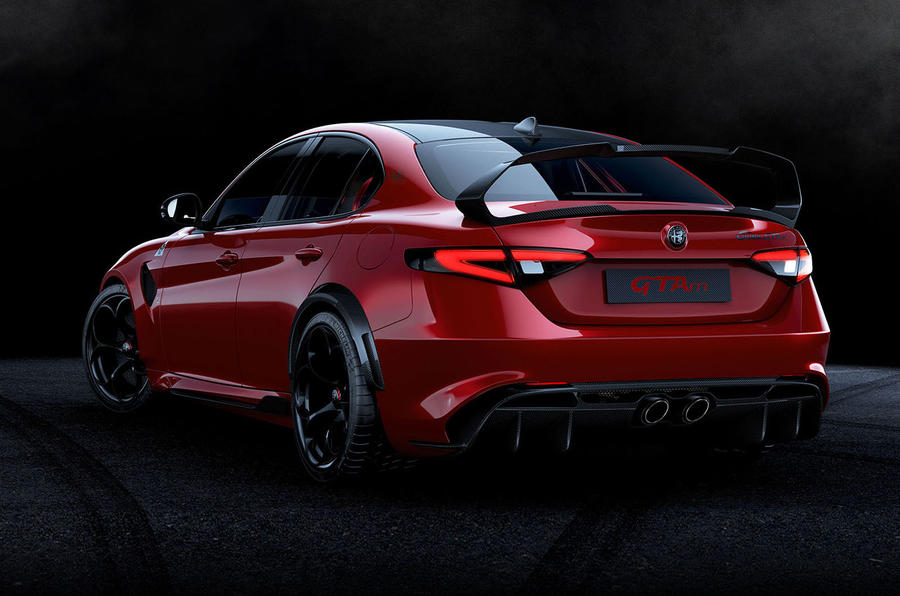 The GTA takes its power from the same twin-turbocharged 2.9-litre V6 engine as the Quadrifoglio, but calibration tweaks and the addition of a titanium Akrapovic exhaust help to boost its output from 375kW to 397kW. They’re also claimed to give the car a unique soundtrack.

Performance figures have yet to be confirmed, but it’s likely the GTA will eclipse the Quadrifoglio’s 3.9sec 0-100km/h time and 307km/h top speed.

In addition to the power hike, the GTA benefits from a 100kg weight loss, courtesy of a bonnet, a roof panel, a front bumper, front wheel arches, rear arch inserts and a driveshaft made from carbonfibre. Aluminium and composite materials feature elsewhere on the car in order to further reduce kerb weight. 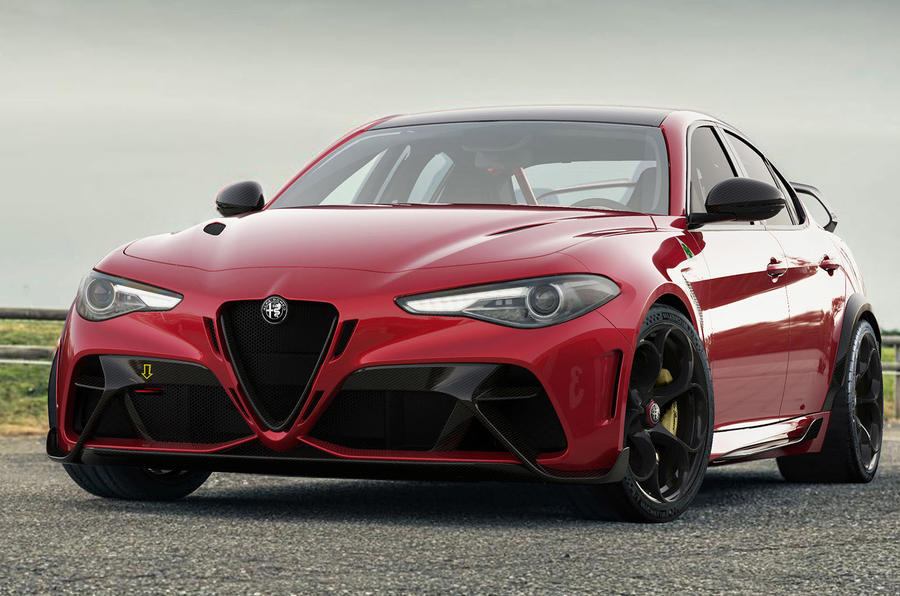 The GTA is also claimed to perform better in corners than the Quadrifoglio, thanks to a bespoke suspension set-up and a 50mm-wider track at both the front and rear.

Visual differences from the Quadrifoglio include a Formula 1-inspired active aero package comprising a larger front splitter, a carbonfibre rear diffuser and a rear wing. There are also 20in centre-lock wheels and Alcantara-trimmed interior panels. Like the similarly conceived Jaguar XE SV Project 8, the GTA will also be available in hardcore track-focused guise, with the rear seats making way for a roll bar. Called the GTAm, it remains road-legal but swaps its front seats for race items with carbonfibre bases and six-point harnesses, gains a much larger spoiler and can crack the 0-100km/h sprint in just 3.6sec.

The GTA badge first appeared on a racing version of the 1965 Giulia Sprint, which used an all-aluminium bodyshell to weigh just 745kg, giving it an edge in motorsport and becoming one of the world’s most revered sports saloons.

Special edition lightweight Alfa Romeos have carried the GTA badge since the 1960s. We explore the history of the lightweights… Alfa Romeo built the first...
Read more