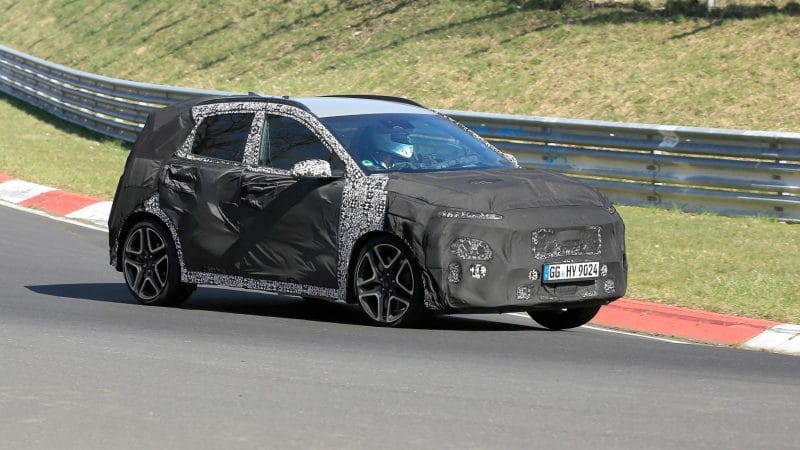 The Hyundai Kona, a small, odd-looking SUV offered in combustion and electric flavours, looks to be gearing up for its own N transformation. Spied lapping the Nürburgring with a range of tell-tale features poking out of its substantive camouflage, the new Kona N will join a quickly growing sect of compact performance SUVs that aim to combine hot hatchback thrills with a slightly more practical body.

Technical details remain thin, but we can see two key elements of the prototype that suggest the Kona N will be more than just a styling exercise, beginning with a large set of exhaust outlets poking out from underneath the covered valance.

Like the i30 N, the exhaust layout looks to be bespoke to the N model, with conventional Konas only offering a single outlet to one side. The powertrain it’s connected to is only speculative at this point, but the Kona’s shared underpinnings with the i30N would suggest that car’s 2.0-litre ‘theta’ turbocharged four-cylinder petrol engine could be in play, one that tops out at 202kW in the current flagship i30 N model. 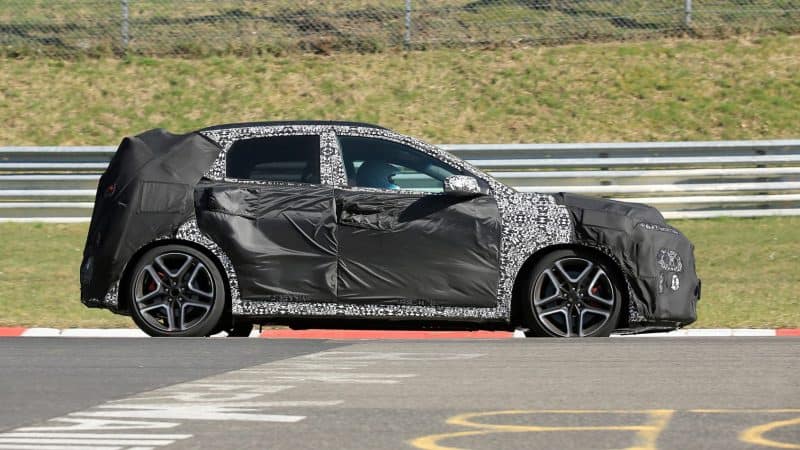 The i30 N itself is due for a major update later this year (the lesser i30N-Line facelift has already been revealed) which could bring with it a slight increase in power, but we do know with certainty a new eight-speed dual-clutch transmission will be offered, joining the six-speed manual. We suspect this combination of powertrain and drivetrain to also find a home here.

As for the chassis, the Kona N’s larger wheel and tyre package seen here appears to be the same wheel design as found on the American-market Veloster N, suggesting a similar 19-inch wheel size to the current i30 N, while the brakes and adaptive dampers behind should also be shared. 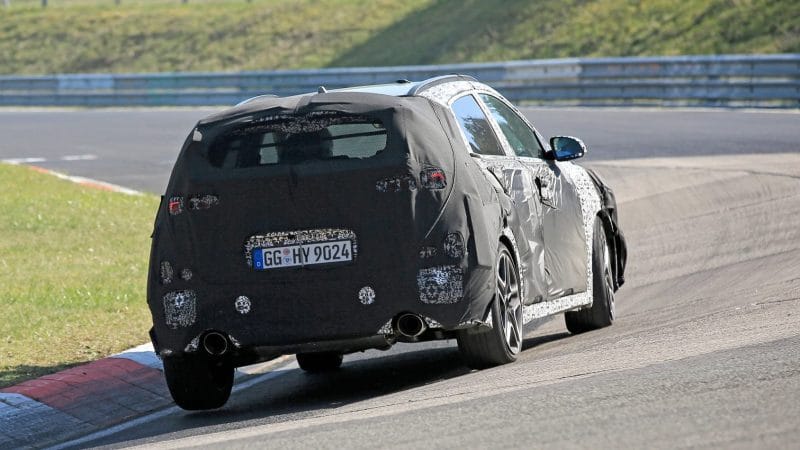 The new Kona N should also coincide with a wider update for the Kona range, one that will integrate the sharp and aggressive design language that’s rapidly being applied to other new Hyundai models. Look closely and you’ll spot elements like the angular mesh pattern and sharp new LED lighting signatures hiding beneath the camouflage as evidence for this.

Expected timing of the new Kona N remains unknown, especially considering our current state of affairs, but it’s definitely on its way, rivalling the Volkswagen T-Roc R and incoming Ford Puma ST along the way.