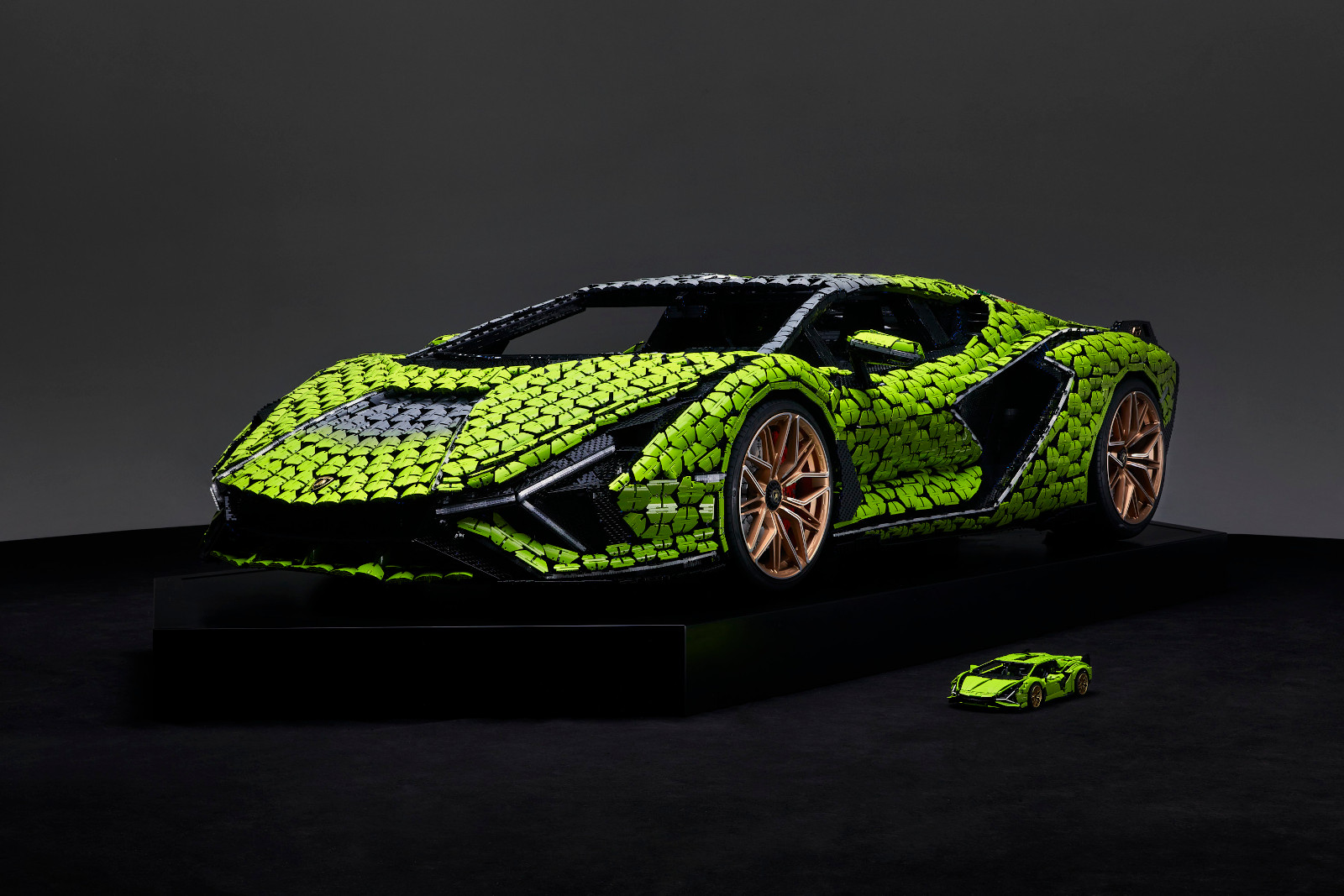 The Lego Group has built a 1:1 scale replica of the Lamborghini Sián as the latest in a line of officially backed full-sized supercar homages.

The replica Sián is built from 400,000 Lego individual technic pieces with identical dimensions to the real-life model, at 4980 mm long, 2101mm wide and 1133mm high.

“This show-stopping collaboration with Automobili Lamborghini demonstrates once again that with Technic, you can build whatever you can imagine for real,” the Lego Group said. The replica weighs in at 2.4 tonnes and took a team of 15 people a total of 8660 hours to complete. It follows the commercially available 1:18 scale Lamborghini Sián FKP 37 replica which launched last year. “Our designers love a challenge, so you can imagine their delight when we tasked them to think slightly larger than normal with this model,” said Lena Dixen, Lego’s product and marketing vice president. “They jumped at the chance of teaming up with our amazing designers and engineers from our model production workshop at the Kladno factory in the Czech Republic who build these impressive life-size models, and really pushing the boundaries of what can be done with LEGO Technic,” Dixen said. The model has even been fitted with electronic components to imitate the Sián’s headlights and hexagonal tail lights, and a brick-built steering wheel can be found in the cockpit with dashboard controls and racing seats. It’s also the first large-scale model to feature Lego’s paintbrush-effect UV colour coating, and joins Lego’s growing line-up of car-themed builds.