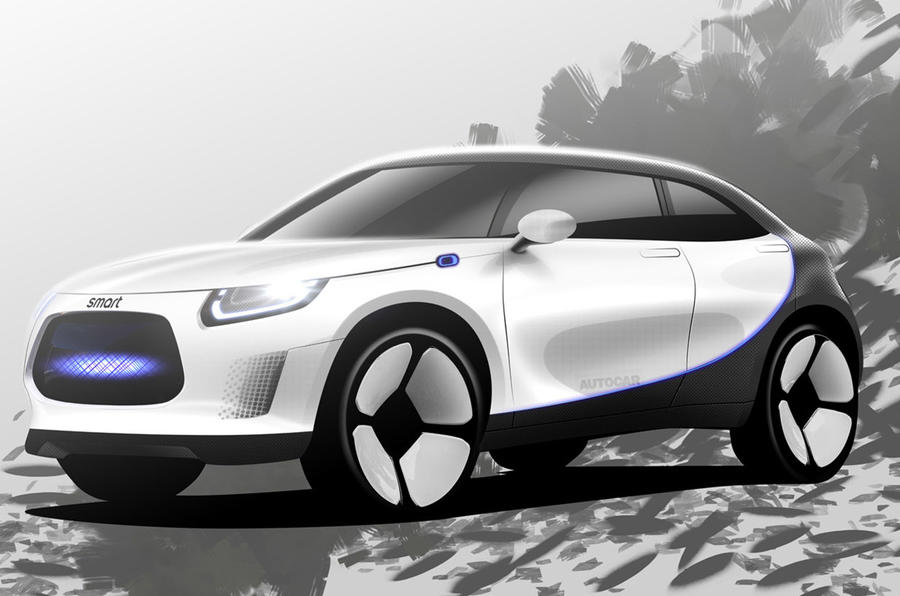 Mercedes-Benz and its Chinese partner Geely plan to reveal a concept version of the upcoming Smart electric SUV at the Munich motor show in September.

The new five-door model, known under the internal codename HX11, is the first model to be jointly developed by Mercedes and Geely, which each own a 50% stake in the urban EV brand, now based in the Chinese city of Hangzhou. It’s planned to go on sale in 2022.

Details remain under wraps, but a posting on Linkedin by Daniel Lescow, Smart’s vice-president of global sales, confirmed the existence of plans for the SUV, which will be based on Geely’s new SEA electric car architecture.

Lescow wrote: “It may come as a surprise to some: Smart will enter the market with a fully electric SUV – spacious yet compact. This will be the first vehicle of the joint venture between Mercedes-Benz and Geely, due out in 2022, built in China.”

Comparable in size to the Mini Countryman, the new five-seater is expected to be Smart’s largest model to date, at around four metres in length.

Reports out of China suggest it will be equipped with a rear-mounted electric motor with a maximum power of 200kW, a lithium-ion battery with a capacity of less than 70kWh and a range on the Chinese NEDC test cycle of more than 500km.

Under the terms of their joint venture agreement, Mercedes is responsible for the design of the new model, while Geely takes the lead in development and production.

Automotive Daily’s exclusive partner Autocar understands the Smart SUV will be produced alongside successor models to the existing EQ Fortwo and EQ Forfour at a factory in the Chinese city of Xi’an.