Geely plans to establish a new electric brand specifically to enter global markets and challenge the likes of Tesla, officials with knowledge of the Chinese car maker’s activities have revealed to Automotive Daily’s exclusive partner Autocar.

The premium brand, named Zeekr, will be integrated into Geely’s newly created Lingling Technology offshoot and operate separately from the more volume-led Geometry EV brand launched by Geely in 2019.

Rumours surrounding Geely’s use of the Zeekr name for its new EV brand have been circulating since the Hangzhou-based company filed for trademarks on a series of Zeekr-themed names earlier this month.

Geely – which owns Volvo, Lotus, Lynk&Co, Proton, Terrafugia and LEVC and is a 50% shareholder in Mercedes-Benz parent company’s Smart city car brand – plans to base Zeekr models on its open-source Sustainable Experience Architecture (SEA) platform conceived for both EVs and PHEVs.

While details of Geely’s Zeekr brand are yet to be made public, speculation suggests it could be operated in partnership with Chinese internet services company Baidu. 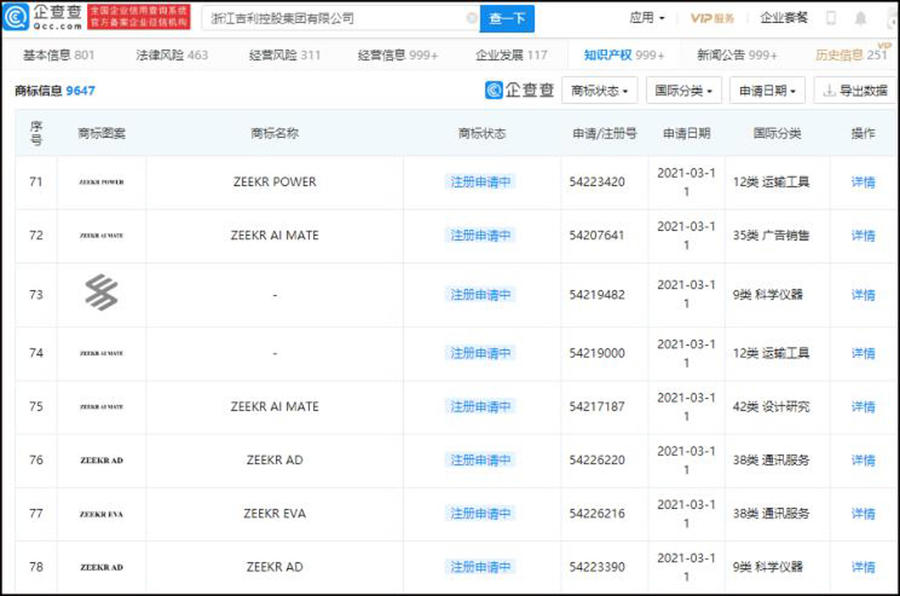 Geely is set to sell Zeekr models through dedicated sales centres located in city centres using a marketing strategy that departs from its traditional dealership model. It also plans to support vehicles sales with a line of lifestyle-orientated clothing and accessory lines in a move aimed at reaching new customer groups.

The new brand, described to Automotive Daily’s exclusive partner Autocar as being premium in nature and positioning, is the latest attempt by Geely founder and chairman Li Shufu to enter the luxury car segment. Shufu, 57, was instrumental in Geely’s purchase of Volvo in 2010 and a 9.7% shareholding in Mercedes-Benz parent company Daimler in 2018. He is said to be personally overseeing the establishment of Zeekr, which, as well as targeting Tesla on a global basis, will also compete with new Chinese EV brands such Nio, Xpeng and Li Xiang. News of Geely’s plans for Zeekr come at a time when it is reorganising its Chinese operations in a bid to become a leading EV contract manufacturer and engineering service provider through the outsourcing of the SEA platform to third parties.

In January, Geely announced it had agreed to form a joint venture with Chinese contract manufacturing company Foxconn – the maker of Apple’s iPhone – in a partnership that’s planned to focus on electrification, connectivity and autonomous driving technology as well as EVs conceived for ride-sharing operations.