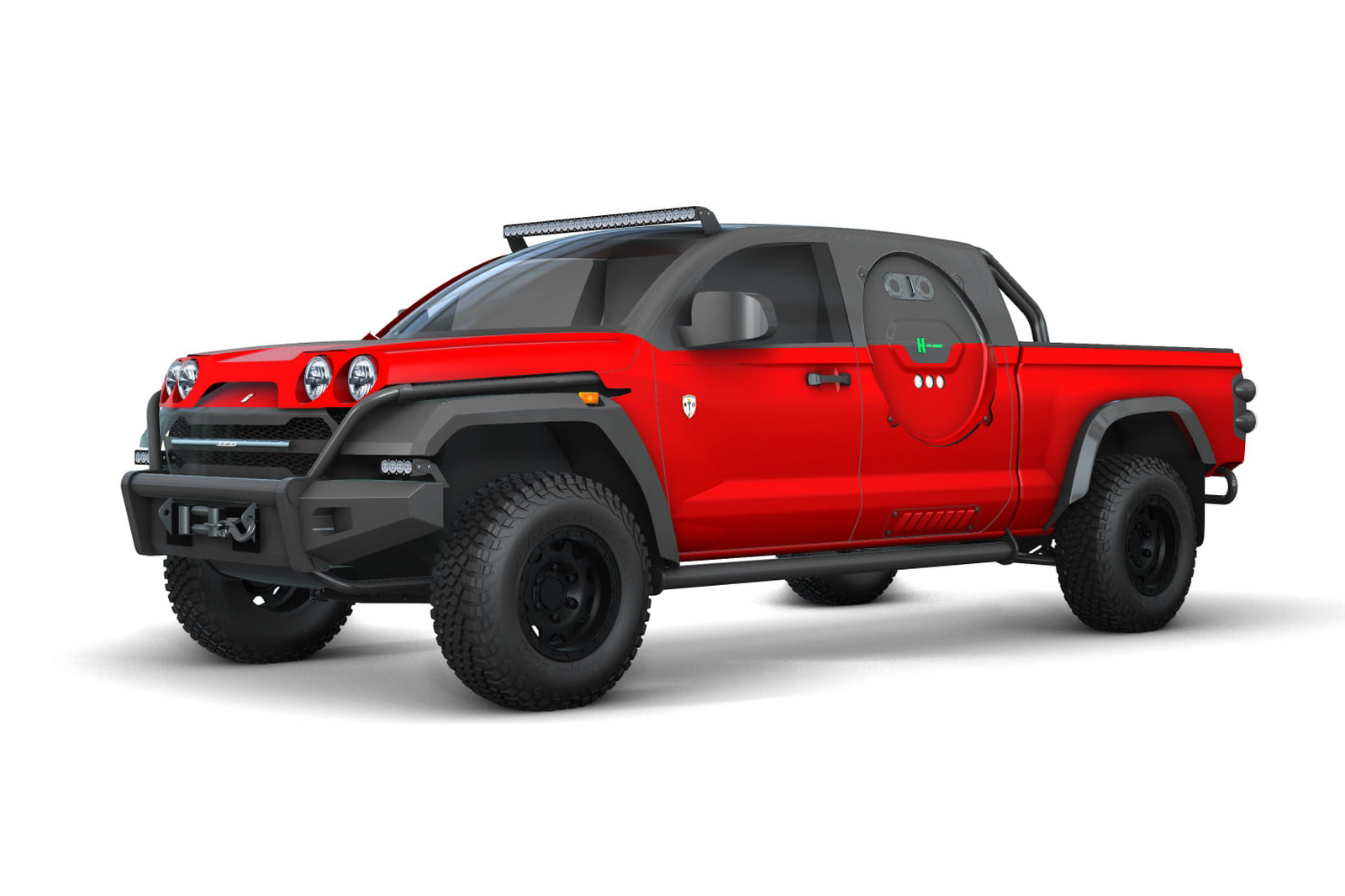 The Glickenhaus Zero Emission Hydrogen Fuel Cell Boot Pickup concept is based on the Baja Boot, presented by the firm back in February this year.

Glickenhaus described the car as having a “quick, low cost, easily available refueling solution,” and that it “can be used as a generator.” The firm is aiming to build a prototype later this year. The concept features four front lights, protective bodywork and a winch at the front of the car, with a large LED light bar on the roof. It’s equipped with all-terrain tyres, SCG badging and a robust body.

It has also been designed with flared wheel arches and the rear windows have been removed, as two of the car’s three hydrogen tanks will be positioned just behind the driver and passenger seats.

If completed, the concept will likely compete in the Baja 1000, similar to the Baja Boot, which beat Ford’s Bronco racer by 320 kilometres last year.

The firm, run by former film director James Glickenhaus, is already actively producing supercars, including the road-legal, 485kW SCG 004S. It debuted at Goodwood Festival of Speed earlier this year as, essentially, a road-going version of the the firm’s outlandish Le Mans racer.