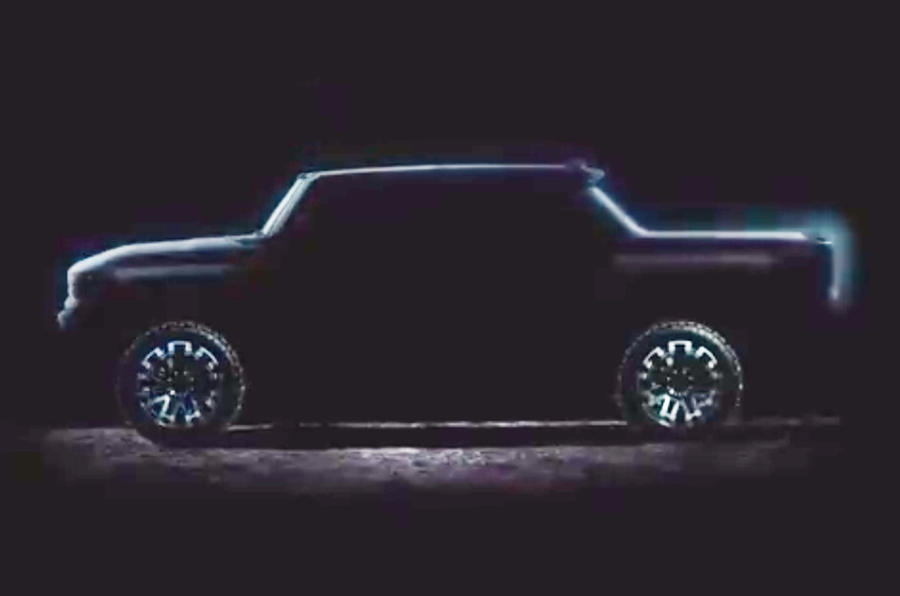 745kW Hummer electric ute and wagon to sprint from 0-100km/h in three seconds.

The new GMC Hummer EV, the first in a line of premium electric SUVs and pick-ups to use the revived badge, has been previewed in a new video posted to the firm’s Twitter account.

American automotive giant General Motors (GM) confirmed earlier this year that it planned to unveil the reinvented Hummer at an event in May, but has delayed the reveal until autumn as a result of the coronavirus pandemic.

GM has previously said the Hummer remains “on track” to go on sale in autumn 2021, saying in a statement that “development work continues on track and undeterred”. It added: “Even as we work to help flatten the curve, our mission to build the first-ever GMC Hummer EV remains the same.”

The Hummer EV is referred to as “the world’s first super truck”. With around 745kW and ‘15,000Nm’ of torque, it is claimed to be capable of 0-100km/h in 3sec and takes its power from GM’s new Ultium battery pack, which is capable of ‘super-fast charging’ and is expected to offer a range of up to 650km.

New details reveal that the pick-up will feature a so-called ‘infinity roof’ which will feature removable glass panels to offer an open-air driving experience, while the design of the platform-sharing SUV variant looks to be modelled heavily on the iconic Hummer H2, which went out of production in 2009.

The EV will also feature an ‘Adrenaline Mode’ which can be expected to offer similar performance-enhancing functionality to Tesla’s ‘Ludicrous Mode’, and a ‘Crab Mode’ which will likely involve some sort of extreme four-wheel steering. 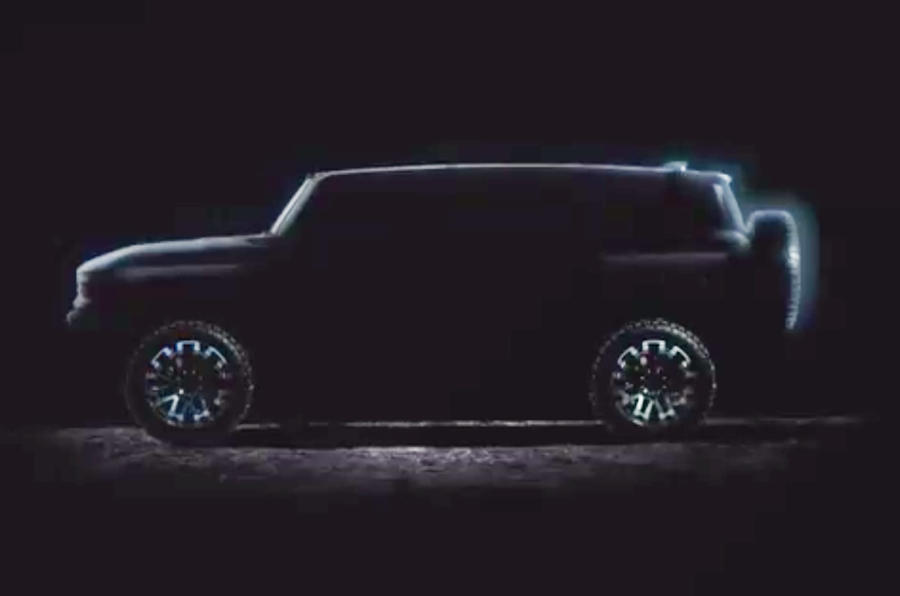 The new model will be built at General Motors’ Detroit-Hamtramck factory in Michigan.

GM is investing $10.7 billion into preparing its US factories for the shift to electrification over the next four years, with the Detroit-Hamtramck facility being upgraded at a cost of $4.2bn to produce electric trucks and vans.

The large EVs will sit atop a new skateboard-style chassis, similar to that of start-up company Rivian, which combines motors and batteries for cheaper production costs. Around 80,000 units per year are expected to be produced.

The first model, currently known as Project O, is expected to be followed by a hardcore performance version in 2022.

Regarding GM’s choice to develop premium EVs before more affordable models, Auto Forecast Solutions’ Sam Fiorani told Reuters: “It makes perfect sense to hit the high end of the market in order to generate some revenue that might actually turn a profit.” Such a move, he noted, has proved lucrative for Tesla, which launched with the low-volume Roadster before going on to rival BMW and Mercedes-Benz with the Model S.

GM recently ended production of the Chevrolet Volt plug-in hybrid, citing a decline in demand for saloon models. Its replacement, the Bolt, is an electric hatchback that’s expected to cost its maker between $8000 and $9000 per unit as a result of the augmented cost of EV production compared with that of conventionally powered cars.

Production of the iconic Hummer H2 and smaller H3 ended in 2009, as GM eyed a return to profit following a high-profile bankruptcy announcement.

The new electric pick-up is likely to be priced to compete with the Rivian RS1 and could beat Tesla’s long-awaited truck to market.