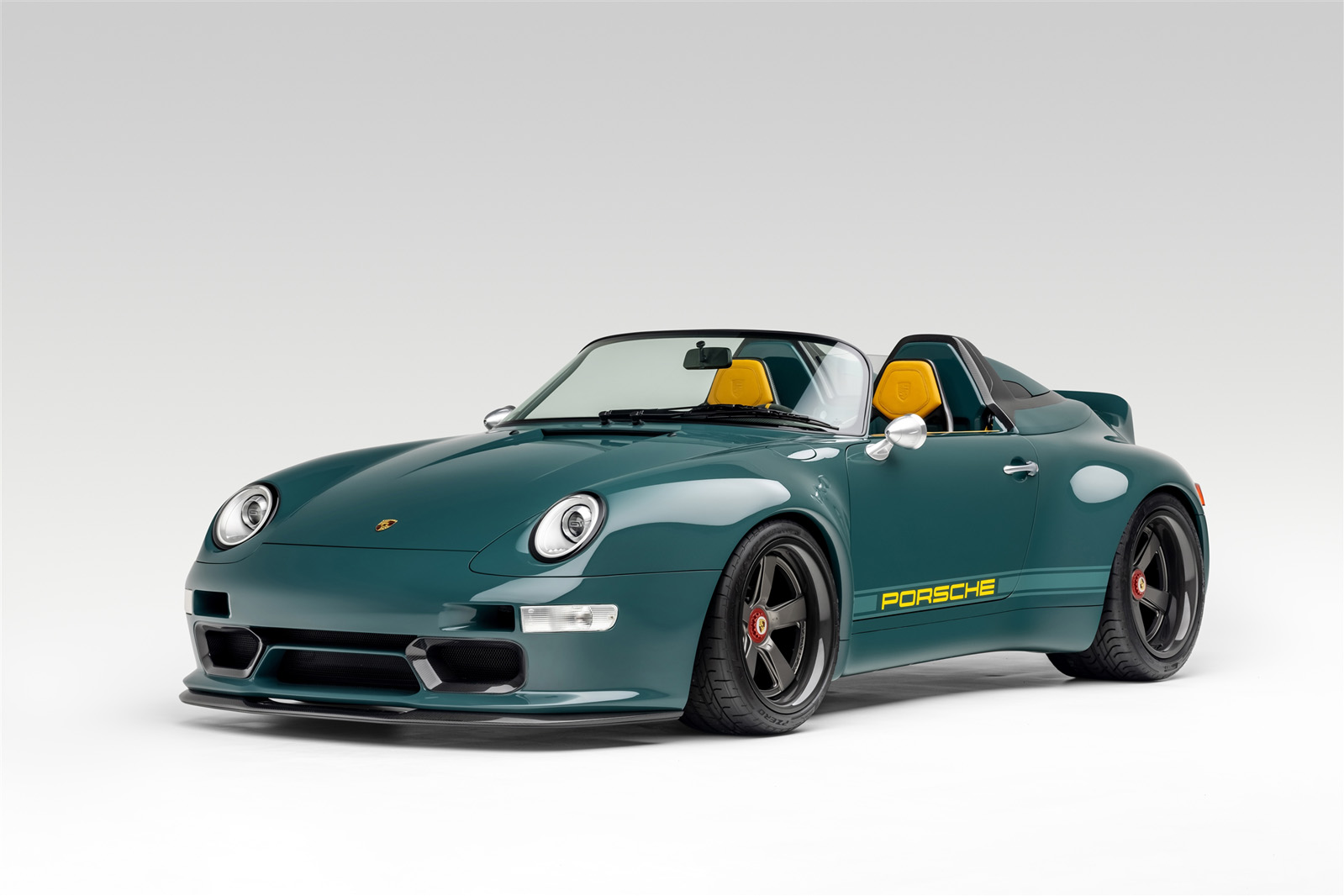 Californian Porsche customiser Gunther Werks has staged the public debut of the 993 Speedster Remastered, a roofless version of its retro-inspired take on the final air-cooled 911.

The model was revealed at The Quail as part of the Monterey Car Week and features ‘Cannes green’ exterior paint with orange interior leather.

The 993 Speedster Remastered is driven by a 4.0-litre flat-six engine, which produces 325kW and 454N and has been rebuilt by Oregon-based Rothsport Racing. The model also has adaptive suspension with Composed, Sport and Sport Plus modes. Under the skin, a stiffened 993-generation 911 chassis accommodates an open cockpit, and the firm says its stiffness has been vastly improved thanks to advanced reinforcement, a new roll cage and roll hoop stiffness. Weight saving has also been a focus for the US firm, as illustrated by a bonnet that’s 25% lighter than the equivalent coupé model’s. The car also receives a new front fascia with a carbonfibre front spoiler, a revised duck-tail spoiler and a ram air scoop for improved aerodynamics. Inside the car, carbonfibre is used for the dashboard panel, steering wheel and seats, while the model’s windscreen and side windows are made using glass taken directly from the Porsche 964 Speedster inventory. Production is limited to just 25 models, in line with the manufacturing run of the firm’s coupé models. Prices still have not been revealed, but the firm says production is set to begin in early 2022.