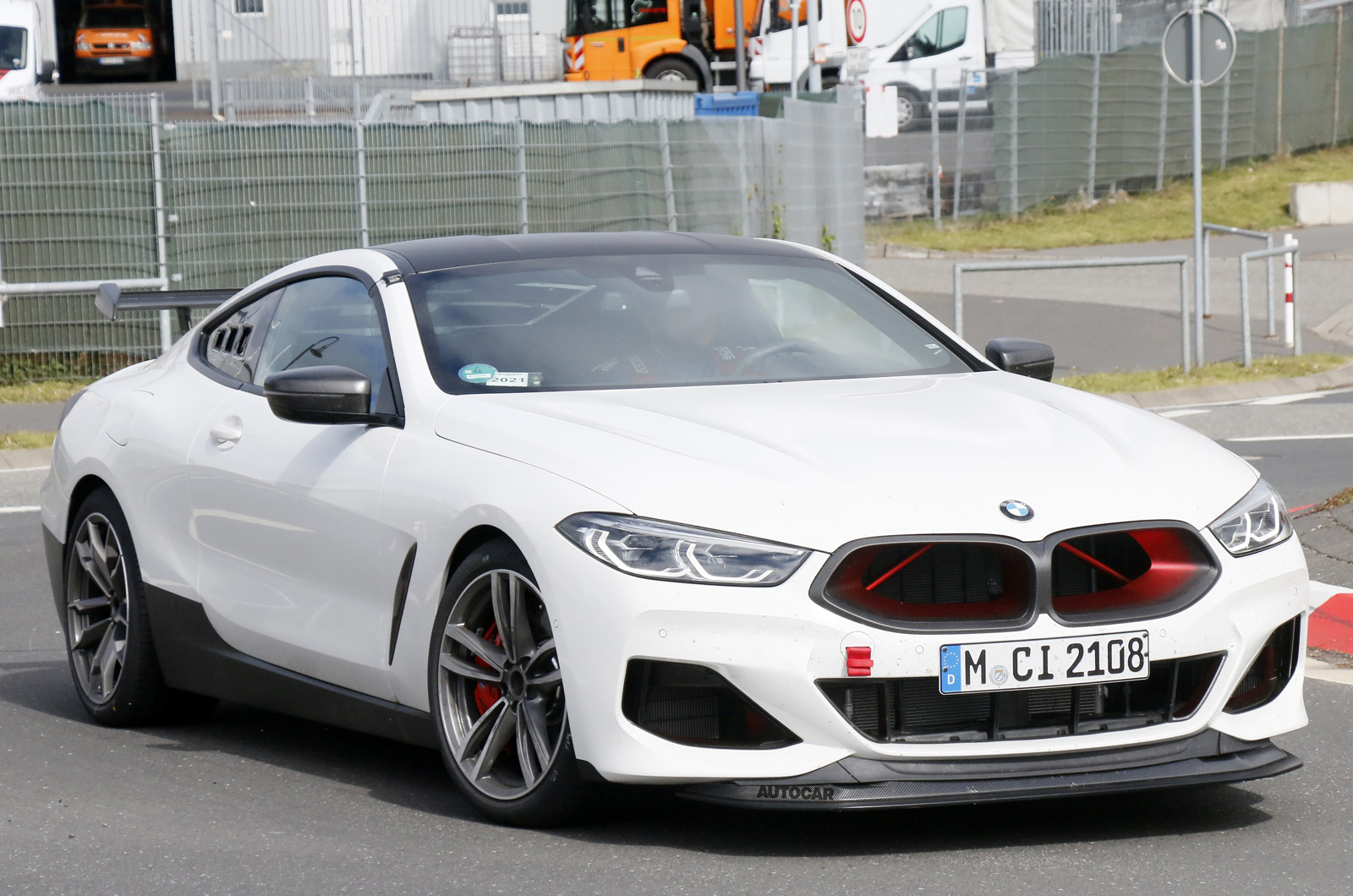 BMW looks to be readying a stripped-back, track-focused upgrade package for its M8 super-coupé, with a mysterious prototype sporting a raft of extras over the standard car.

Most obviously, the standard car’s chrome front grille has been removed, leaving a pair of unobstructed air channels leading straight to the radiator for boosted cooling properties. Contrasting red paint inside marks this mule out most obviously from the standard car, and matches the brake calipers, air intake surrounds and towing eye covers.

There is also a substantial rear wing for improved downforce over the standard car, a prominent lower splitter at the front, bespoke wheel designs and what looks to be a carbonfibre centre roof section. The rear windows have made way for plastic, vented items, but it is not clear which components in the rear of the car are being cooled. There is some speculation as to whether the prototype will enter production as a standalone model, or if it is being used to test various aftermarket additions for the standard M8 Competition. In any case, the added bodywork elements hint at a power upgrade for the car’s 4.4-litre twin-turbocharged V8, which would make it BMW’s most powerful production car. BMW’s M performance division turns 50 in 2022, and this car’s red and white livery (with a blue element potentially obscured by the testing camouflage) suggests it could be being readied as a commemorative 50th anniversary model.

More details should be announced in the coming months.