Hennessey has started production of the Velociraptor 600, a modified version of the Ford F-150 Raptor.

The Texan tuner’s 416kW take on Ford’s performance pick-up truck can hit 100km/h in 4.2 seconds, thanks to a range of upgrades to its twin-turbocharged  3.5-litre petrol V6.

New induction systems, an enlarged intercooler and a revised engine management system mean the Velociraptor can complete a quarter-mile sprint in just 12.9sec – a full second faster than the standard Raptor.

The Velociraptor has 911Nm – a third more than the Raptor – and six-piston Brembo front brakes are offered as an option to increase stopping power.

Despite these modifications, the truck still comes with a three-year warranty.

Customers can specify their Velociraptor with new front and rear bumpers and 20-inch custom wheels, while an Off-Road upgrade package brings 37-inch off-road tyres and a suspension-levelling kit. 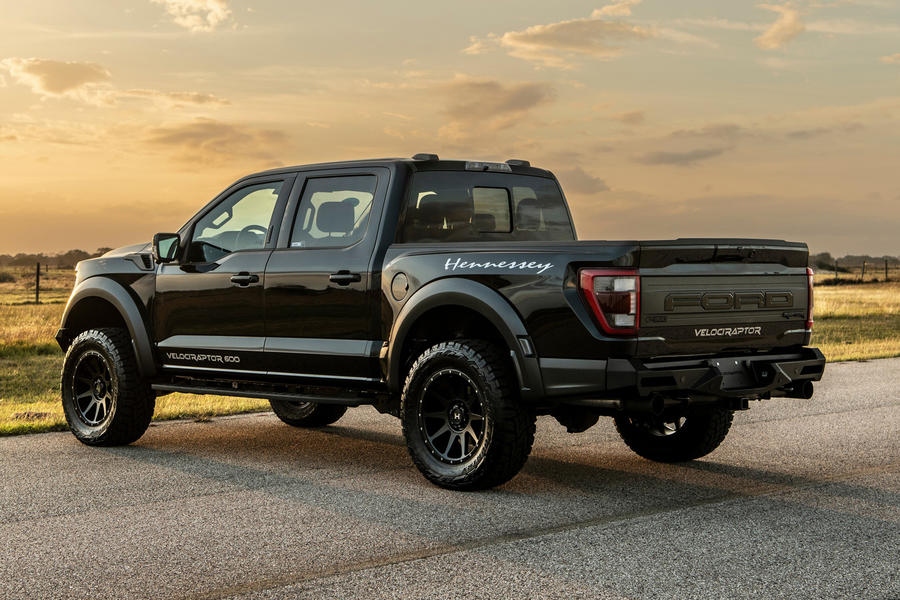 The truck will make its public debut at the Barrett Jackson auction in Arizona on 22 January, with customer deliveries beginning immediately after.

Hennessey founder and CEO John Hennessey said: “The Velociraptor has been our most popular vehicle for years, so with production of the third-generation truck now under way, we’re anticipating building hundreds of models throughout 2022. “The stock Raptor is a fabulously capable and very quick machine, so our customers love that we can enhance its power and performance to new levels.”

Since its founding in 1991, Hennessey has modified more than 12,000 vehicles, ranging from muscle cars to pick-up trucks. It’s also responsible for the 435km/h Venom GT hypercar and is currently working on the Venom F5, its 1355kW replacement.

It also recently announced plans to launch a 17900kW six-wheeled electric grand tourer with seating for four, known as Project Deep Space, in 2026.